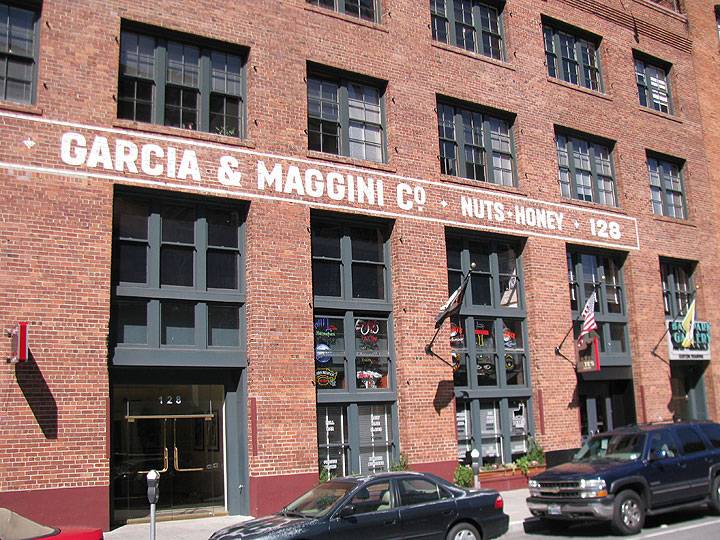 The Garcia and Maggini Warehouse, built in 1913, was the site of a violent clash between waterfront unions and anti-union business interests during the Maritime Strike of 1934. The employers and business interests formed the Industrial Association, which subsequently formed a trucking company called Atland Drayage. They then rented space in the Garcia & Maggini Warehouse with the intent of breaking the strikers’ picket line and moving goods from Pier 38 to the Warehouse. On Tuesday, July 3rd, the trucks, under police protection, attempted to break through the picket line. A violent battle ensued lasting five hours. Finally the loaded trucks broke through and entered the Warehouse. Two days later, on what became known as Bloody Thursday, another battle broke out between striking workers and police, in which two men were killed, thus leading to the General Strike of 1934. 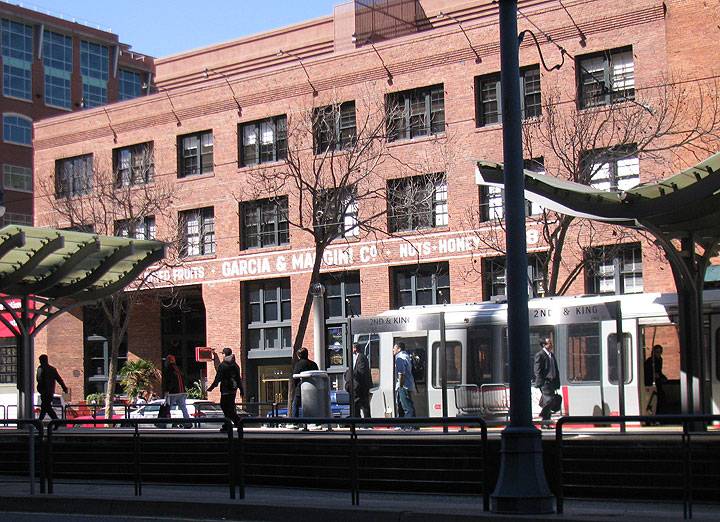 Garcia and Maggini Warehouse from across King Street, 2012.

The present owners renovated the Warehouse, creating two restaurants and placing a plaque on the building commemorating the clash between the maritime strikers and the business owners. 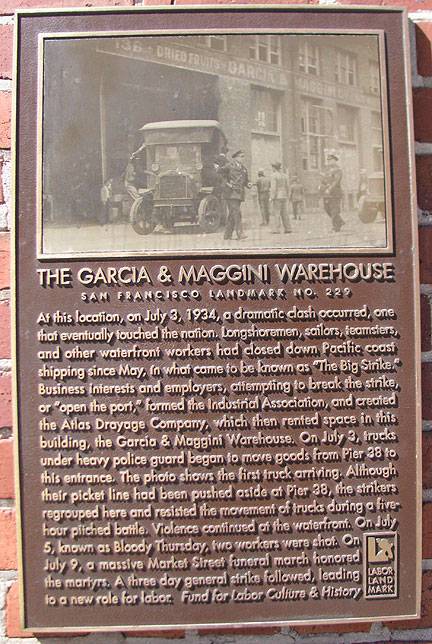 The Garcia and Maggini Warehouse

At this location, on July 3, 1934, a dramatic clash occurred, one that eventually touched the nation. Longshoremen, sailors, teamsters, and other waterfront workers had closed down Pacific coast shipping since May, in what came to be known as "The Big Strike". Business interests and employers, attempting to break the strike, or "open the port", formed the Industrial Association, and created the Atlas Drayage Company, which then rented space in this building, Garcia & Maggini Warehouse. On July 3, trucks under heavy police guard began to move goods from Pier 38 to this entrance. The photo shows the first truck arriving. Although their picket line had been pushed aside at Pier 38, the strikers regrouped here and resisted the movement of trucks during a five-hour pitched battle. Violence continued at the waterfront. On July 5, known as Bloody Thursday, two workers were shot. On July 9, a massive Market Street funeral march honored the martyrs. A three-day general strike followed, leading to a new role for labor.