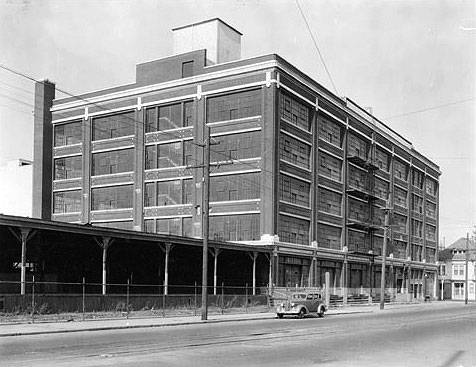 Harrison Street in the Mission was for most of its life a major thoroughfare for rail traffic, as the San Jose-San Francisco line ran on it, as did many freight trains, including one that went right by the factory above to pick up finished new Ford autos as they rolled off the assembly line. This area of the northeast Mission was contiguous with the Harrison Street corridor in the South of Market, which was also very industrialized. 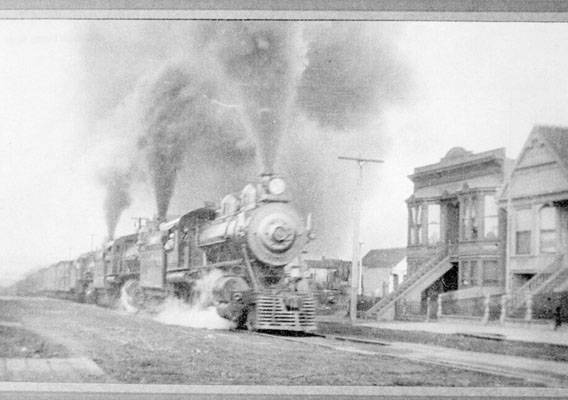 1905 image of San Jose-San Francisco Railroad near 21st and Harrison. 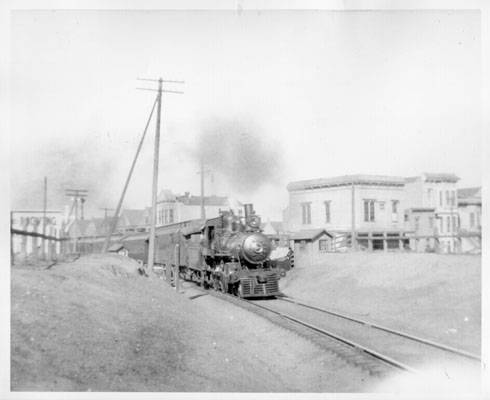 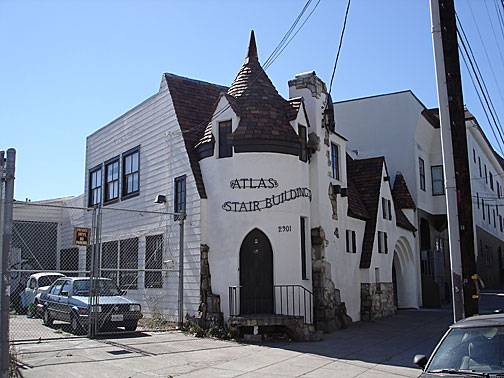 Atlas Stair Building, a strange little house next to a curving driveway behind the Western Plywood warehouse, on 22nd just west of Harrison. The curving driveway, currently claimed by the wood company, is actually contested in its ownership and illegally closed off and squatted by private landowners, and was once the railroad's leased right of way through the block. Old train tracks can still be seen here, between 22nd and 23rd, Harrison and Treat. 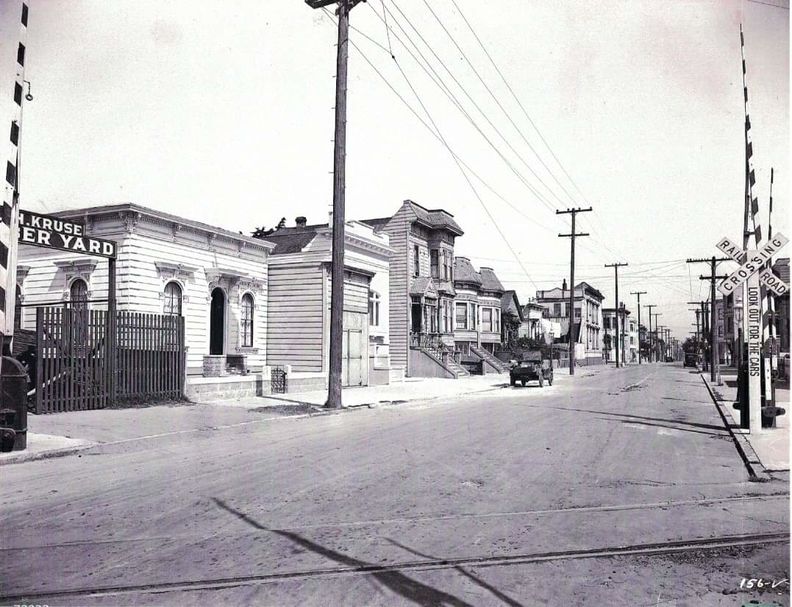 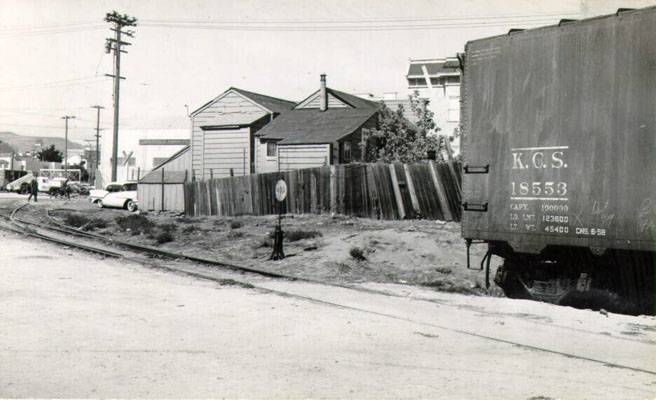 July 9, 1959: The people in the area between 22nd and 23rd sts. and Treat ave. and Folsom st. have a train in their backyards. It's the Southern Pacific's small branch line, the last of it 'in-town' service for a few businesses there. Train-loving kids in the neighborhood merely have to peer over their back fence to watch 'Casey Jones' at the switch engine, jostling a few freight cars into position. The branch line, which ends at 23rd and Folsom sts., is part of the historic 'Old Main Line,' the San Francisco-San Jose Railroad, established in 1863. The line was absorbed by SP in 1870, and was operated until 1907. At that time it was discontinued when Bayshore yards here filled in for a shorter route to the Peninsula. 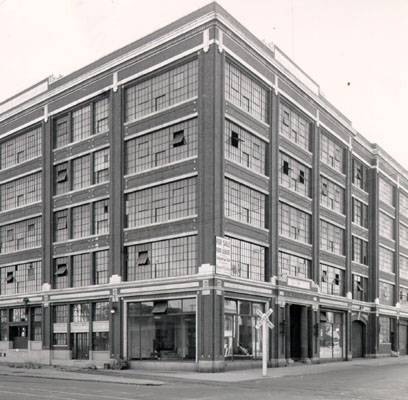 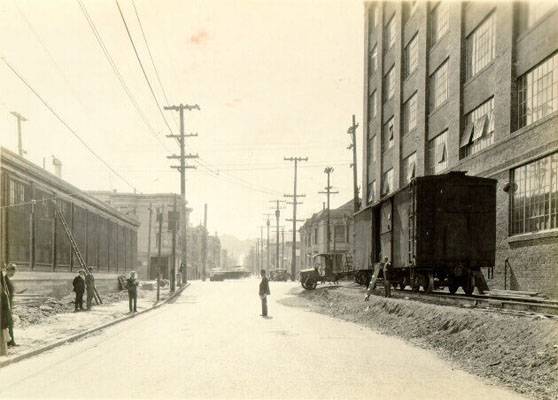 A 1927 shot of rail cars parked alongside warehouses on 15th Street between Harrison and Folsom Streets. 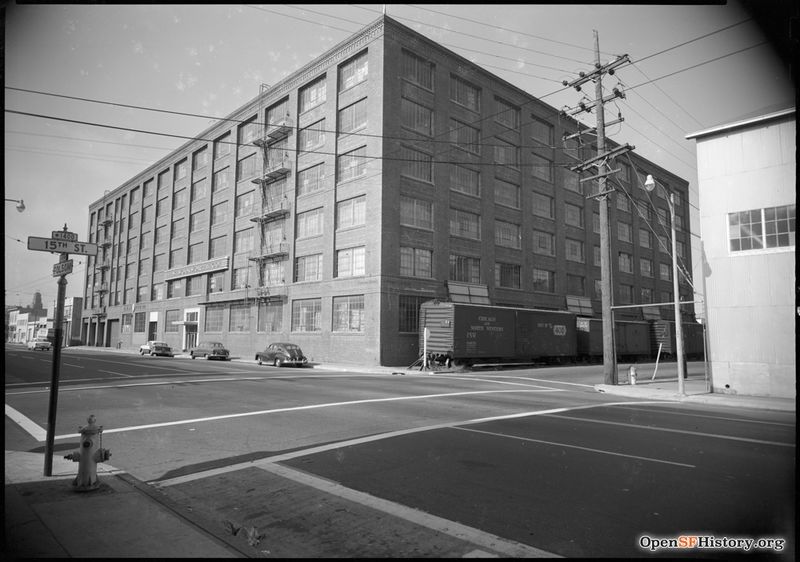 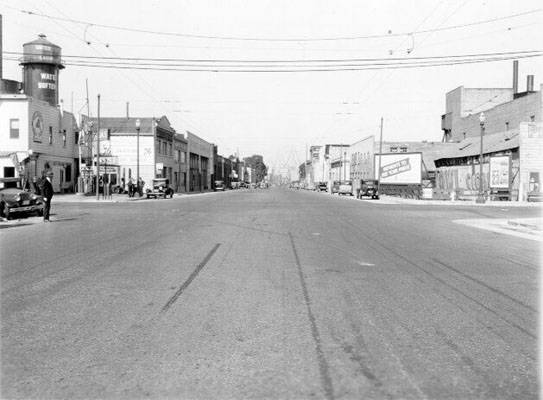 Cement factory at 17th and Harrison (right), 1933. This lasted until the 21st century when it was finally torn down and replaced by loft-style condominiums. 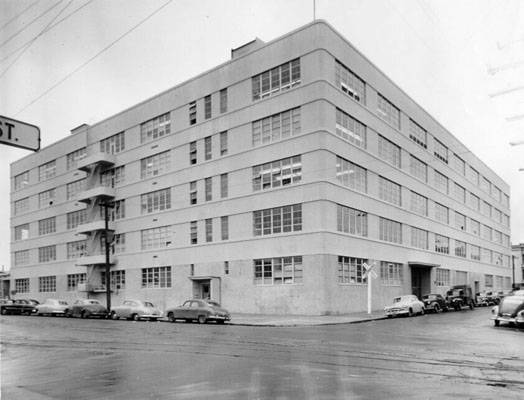 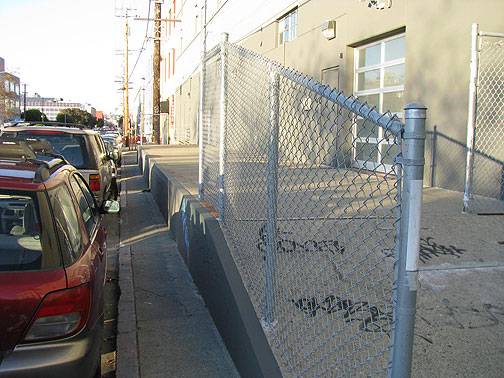 This old loading dock at 20th and Harrison used to have box cars parked alongside it as recently as the early 1990s.