Forced Japanese Labor in the 1906 Earthquake 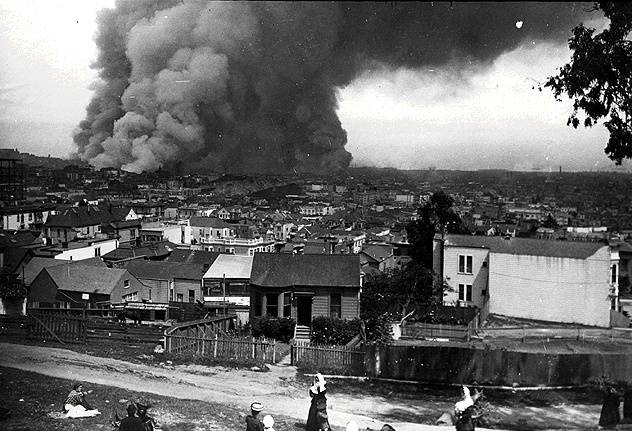 The 1906 fire blazes as seen from Buena Vista Park. 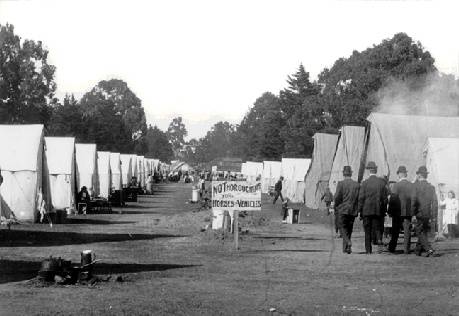 "...Getting back to camp we found that the State Militia were scattered through the Park and that a squad had compelled the Japanese party camped next to us to go to work digging sanitary vaults.

"Whenever the soldiers turned their backs, the Japanese would run away and have to be driven back at the point of the bayonet. We hid our liquor as the soldiers had orders to destroy all they found, when [one of our members] suggested that the men lie down on the blankets and feign sickness.

"We tied a bandage around my hand, but there was no need to worry as the soldiers insisted on only the Japanese working."

This account by Arthur C. Poore first appeared in the Spring, 1990 issue of The Argonaut, a journal of the San Francisco Historical Society. According to research conducted by Dr. Robert J. Chandler, history officer at Wells Fargo Bank, Arthur C. Poore appears to have been a recent arrival to San Francisco at the time of the 1906 disaster. In this excerpt, Poore and a group of displaced San Francisco citizens return to camp in Golden Gate Park, where they witness the forced labor of Japanese individuals by the state militia.