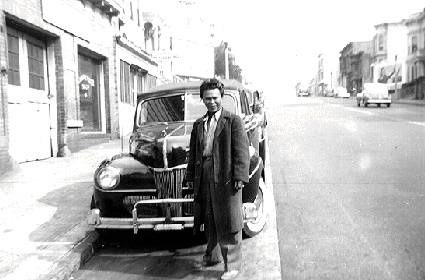 When people think of the Filipino community in San Francisco, they generally remember the community along Kearny Street with its numerous Filipino restaurants, lunch counters, barbershops, and fraternal organization clubhouses. This community, which was called "Manilatown" by its residents, existed from the 1920s to the 1950s and was home to a few hundred Filipinos. They were mostly single males who worked as migrant laborers in the California farms and Alaska salmon canneries. "Manilatown" was mostly a bachelor society, however, and married Filipinos along with their families lived in another and lesser known community: the Fillmore or Western Addition District.

Japanese Americans were the previous residents of the Fillmore, but at the outbreak of World War II, racially discriminatory government policies forced the evacuation and internment of Japanese residents. Their homes, which they were forced to sell at lower prices, were purchased by Filipinos and African Americans who became the next residents of the Fillmore. Filipinos and African American were attracted to the Bay Area by shipbuilding jobs in the Hunters Point Naval Shipyards and lower housing prices in the Fillmore.

In 1948 when San Francisco passed laws eliminating racially discriminatory housing practices, Filipinos were able to move out of the Fillmore into the Bayview District and eventually to Daly City. Today Daly City, with a large Filipino community and a Filipino-American mayor, is known as the "Manilatown" in the San Francisco Bay area. 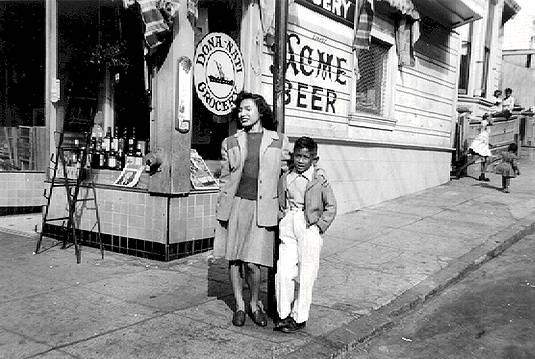