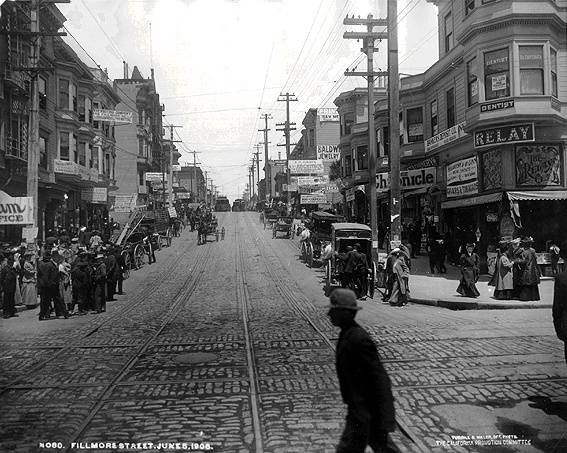 After the quake in April 1906, Fillmore Street became San Francisco's most busy shopping district. This view looks north from Sutter to Bush. 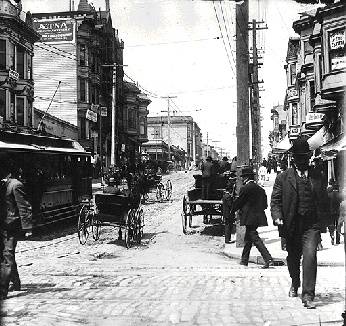 Fillmore Street after the 1906 earthquake. 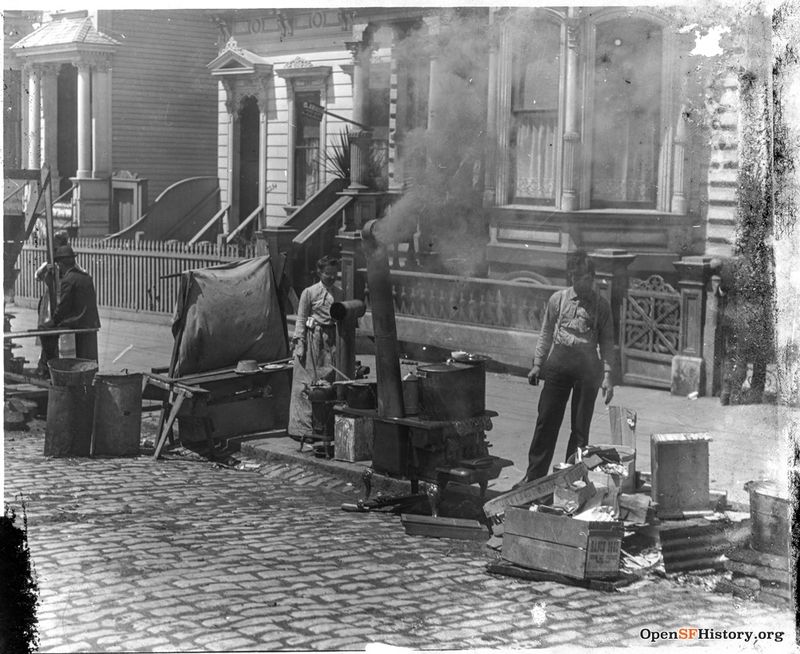 North side of Bush Street between Fillmore and Steiner, families cooking in the streets on wood-burning stoves after the earthquake. 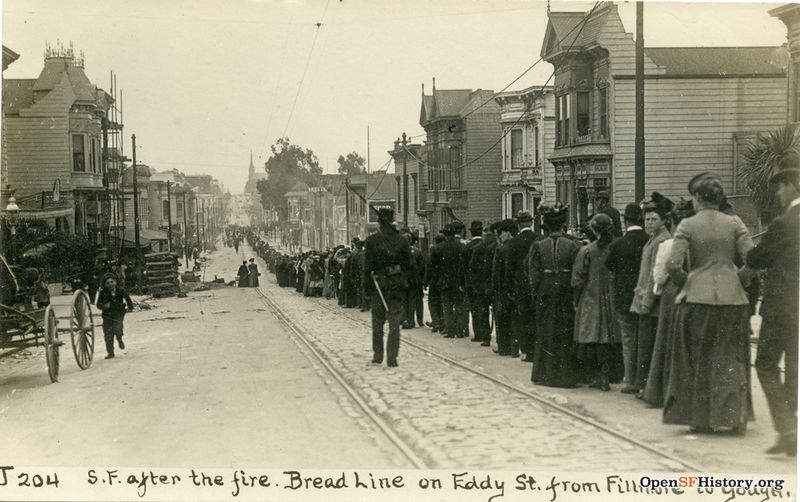