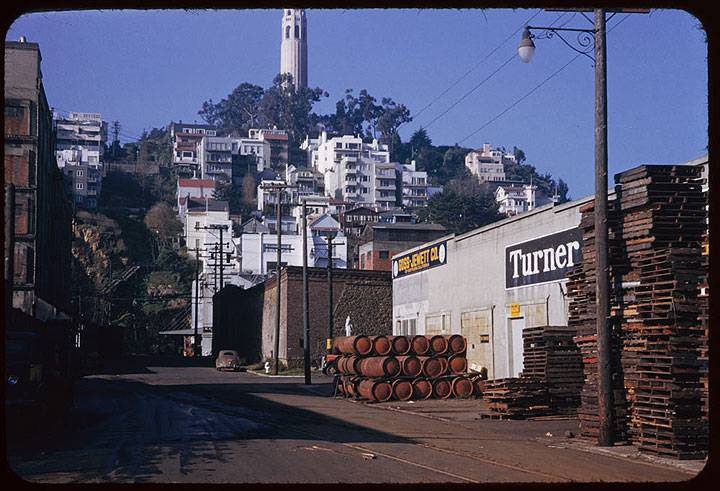 View from Filbert and Battery west towards Filbert Steps on Telegraph Hill, December 14, 1952. 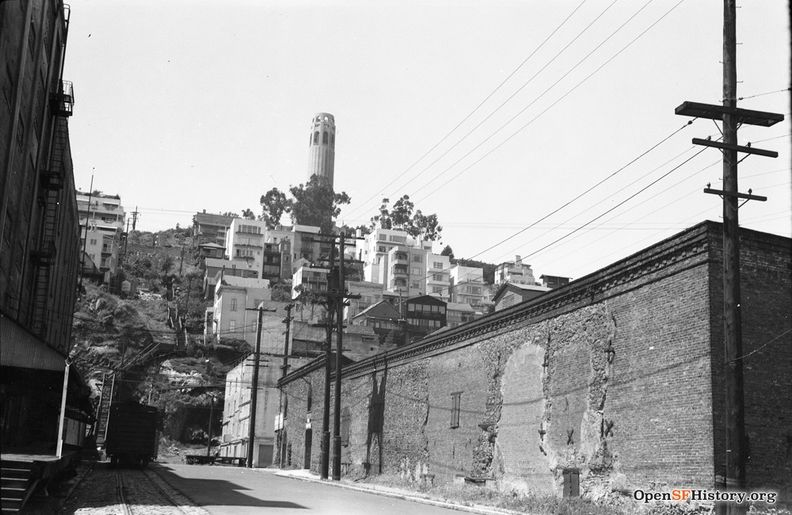 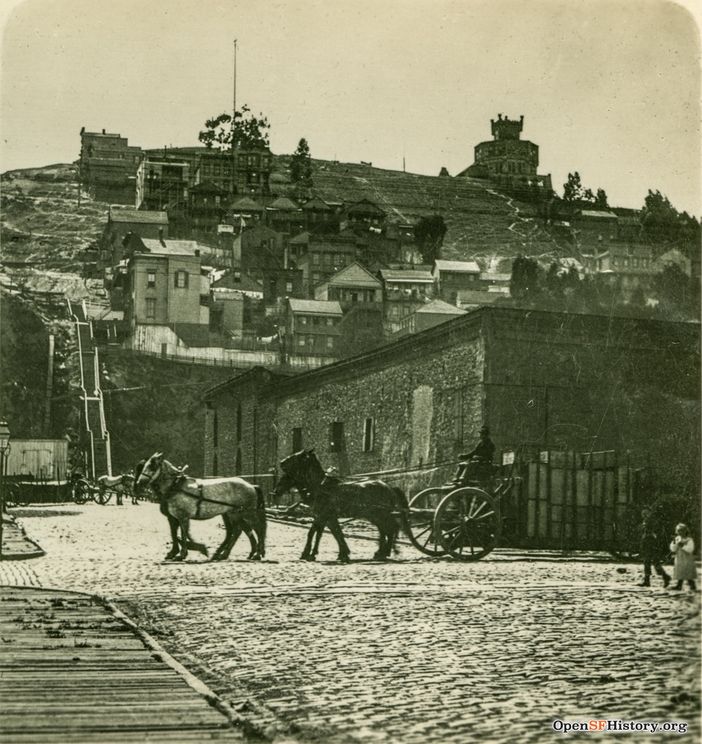 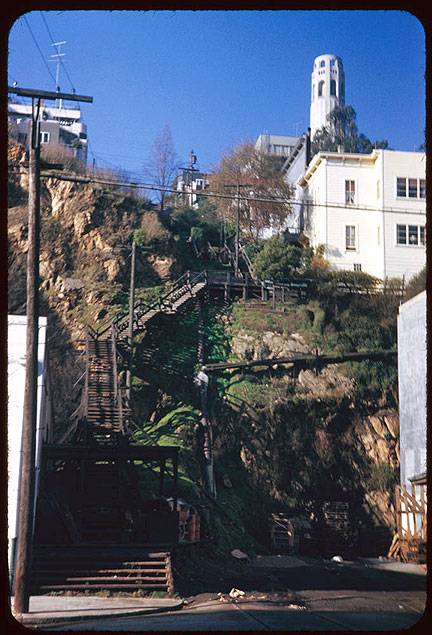 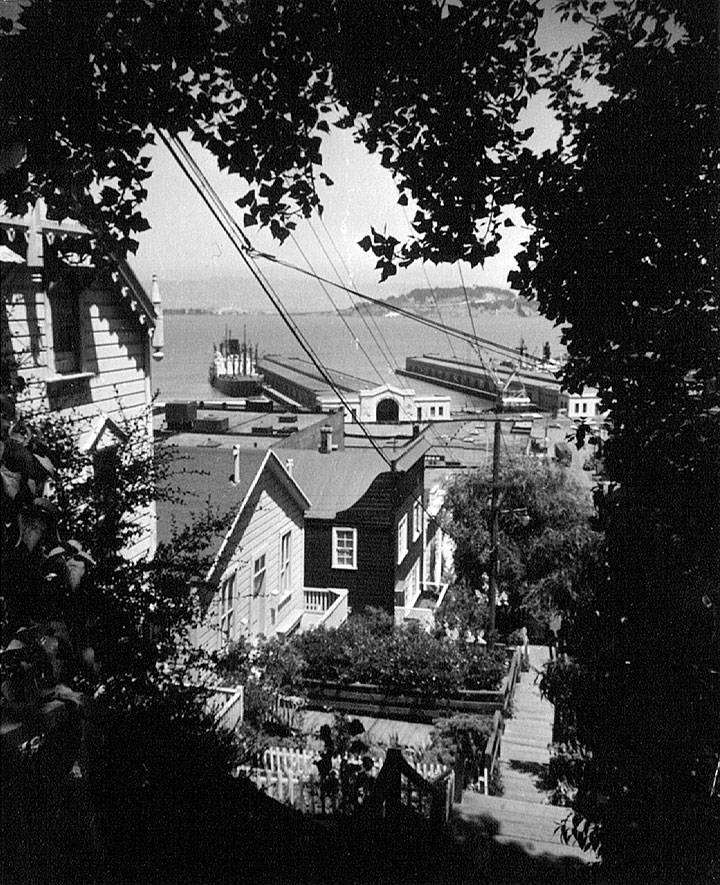 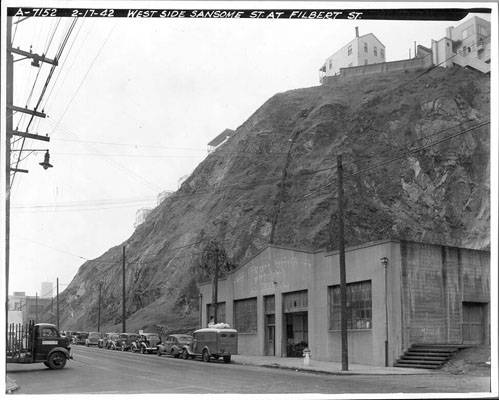 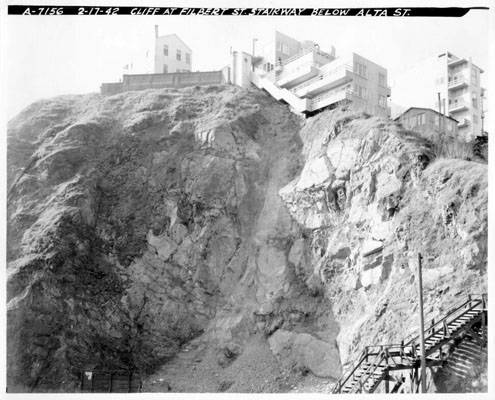 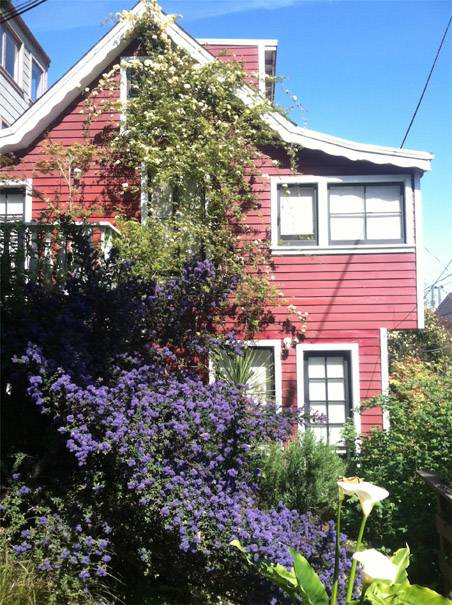 Ceanothus in full bursting bloom along the Filbert Steps, March 2013

The spectacular public garden along the Filbert Steps on the east side of Telegraph Hill is known as the Grace Marchant Garden. As the story goes, Grace Marchant moved to the corner of Napier Lane and Filbert Street in 1949, when the Filbert Steps was a pathway through an informal garbage dump. She began cleaning up the slope herself. She petitioned City Hall for permission to burn the trash that was many feet deep, and it is said the fire burned for three days. Making a garden there was a passionate embrace of public space, as Marchant spent the next few decades creating it as a public corridor.

In creating her garden Grace Marchant was very casual about property lines. One large section extended into the yard of a cottage whose owner wanted the land back in 1989 to build a larger house. When a permit for construction was granted, neighbors founded Friends of the Garden and took the issue of its preservation to City Hall and the Trust for Public Land. The Trust developed a plan to buy the cottage property and resell it with deed restrictions protecting the garden. To cover the difference between the purchase price and the much lower resale value of the restricted property, donations came in from garden lovers. With additional gifts from local corporations, foundations, and benefit events, the Trust exceeded its fundraising goal, enabling it to buy the cottage and create an endowment to support the garden. Friends of the Garden have since taken over the maintenance of Grace Marchant's gardening vision. (excerpt from Gianni Longo in A Guide to Great American Public Places, courtesy of the Telegraph Hill Dwellers Association) 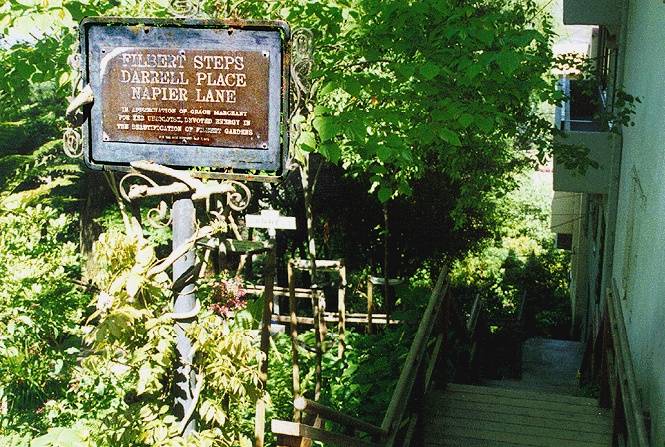 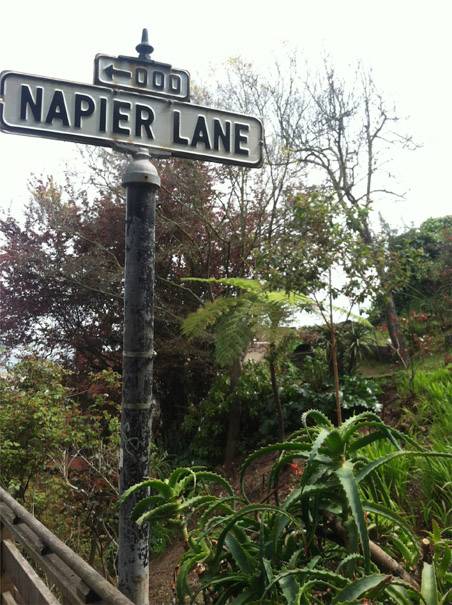 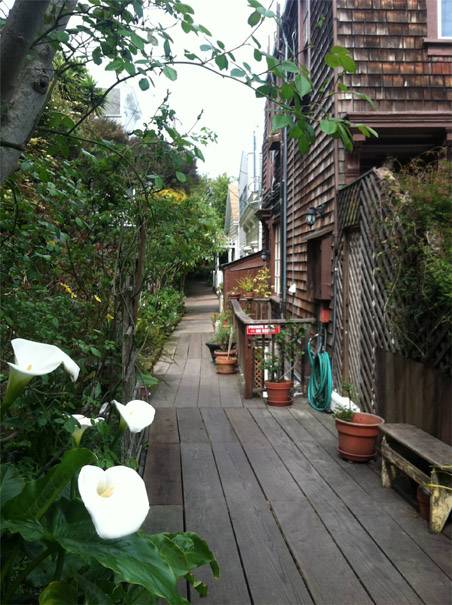 A look down Napier Lane, a woodplanked "road" off of the Filbert Steps, March 2013 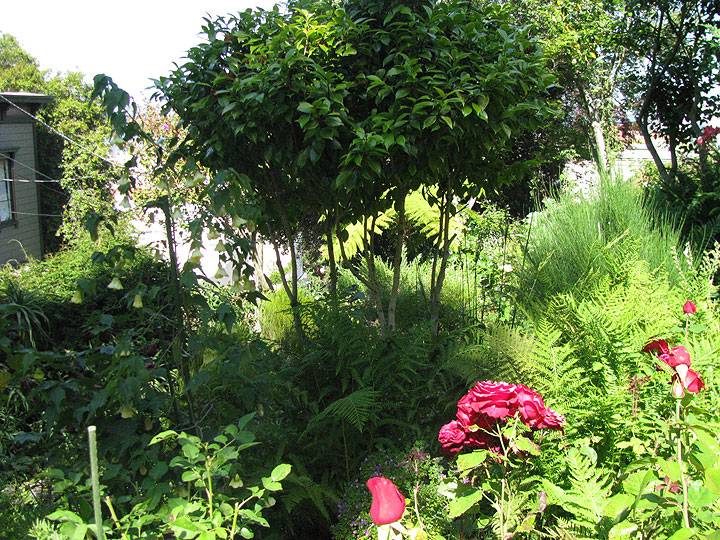 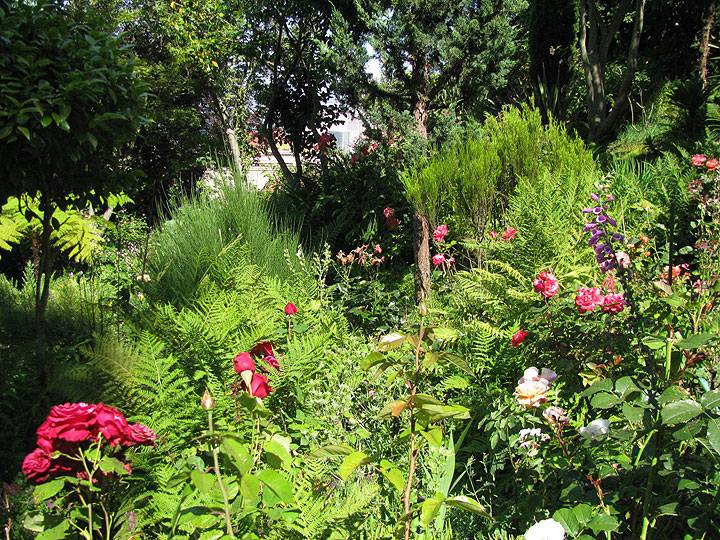 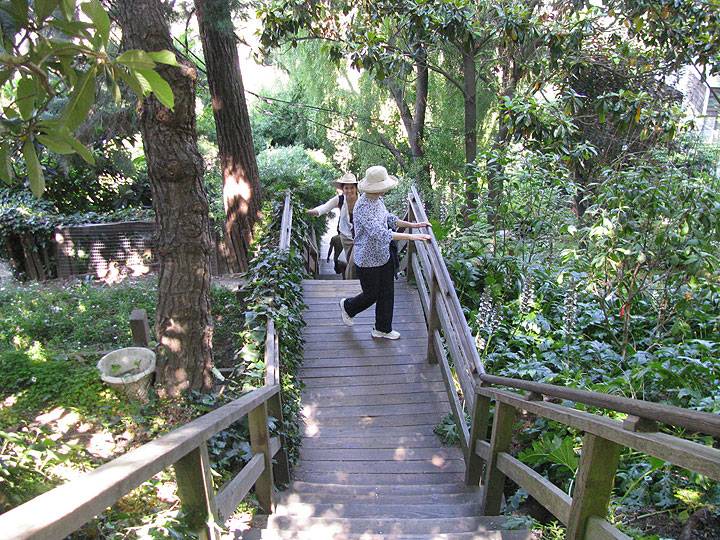 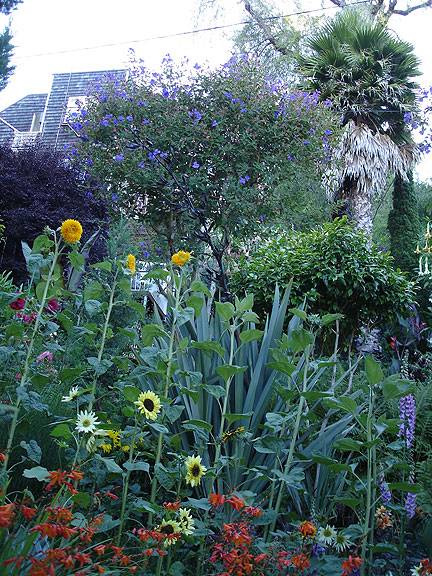 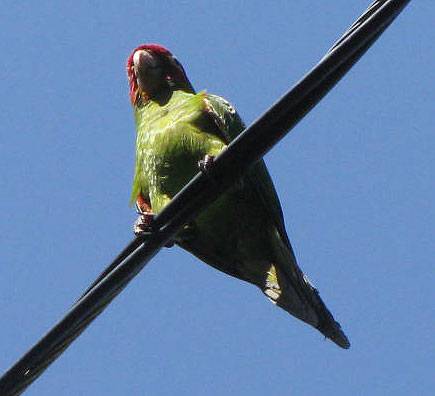 Most visitors to the Filbert Steps and Grace Marchant Gardens are treated at some point to a visit from the noisy parrot flock that makes the eastern slope of Telegraph Hill its main home.