FSLN in the Mission Late 1970s

Next Stop #2: Friday of the Purple Hand 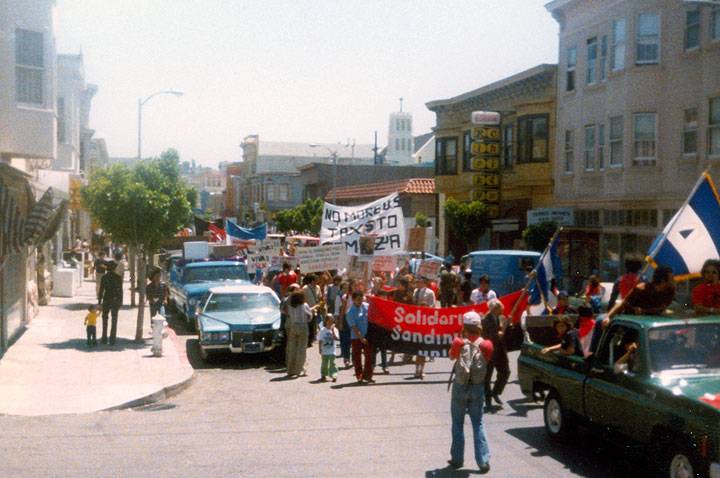 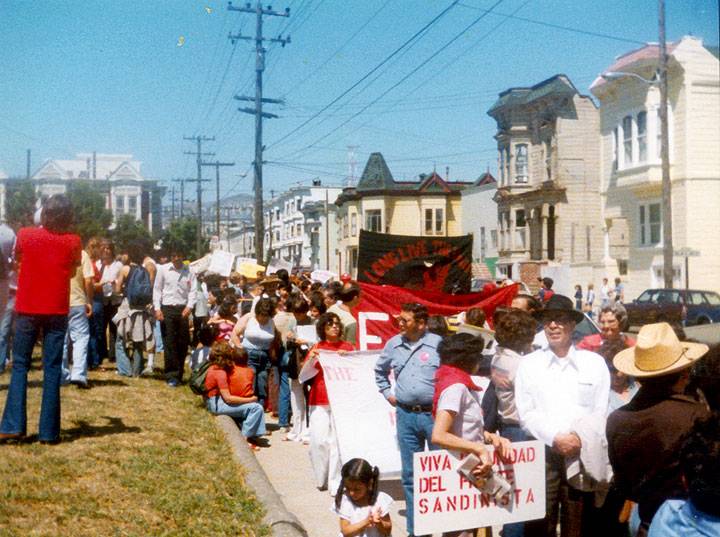 The idea to take over the consulate in San Francisco had come from Roberto—but also from down below, as we used to refer to those in the Frente. We already knew the basic layout of the consulate, where it was located on 760 Market Street, the employees, and even the Consul General himself. So we started scoping out the place, checking on the comings and goings of the staff. We waited for the right moment—and stayed occupied with other work, rallies, candlelight vigils on 24th and Mission Streets, petitions, even telegrams in the case of important political prisoners held by the Somoza regime. We were also organizing several groups at once, including the Comite Civico Pro-Liberación de Nicaragua and NIN. 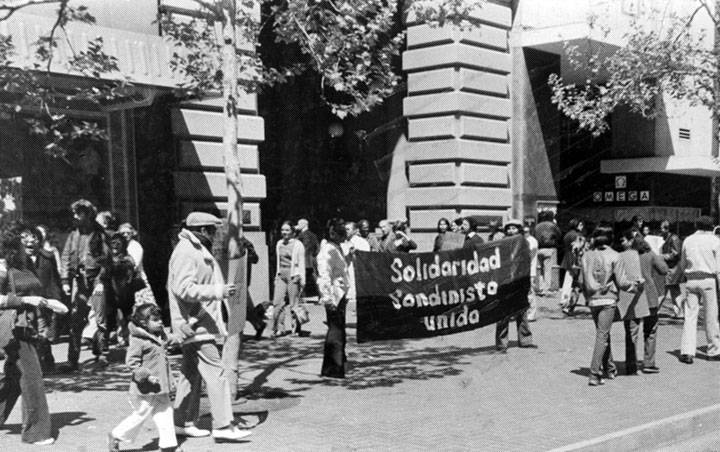 FSLN activists outside the Consulate in the Flood Buildng, 1979.

Parallel with the continued literary and cultural activities we were involved in, our preparations for the takeover of the consulate went into high gear. Our intent was to bring attention to the atrocities that were being committed in Nicaragua, and to disrupt business as usual at the consulate office. It was not meant to be a violent action but a symbolic action, and within the parameters of what we were doing, a peaceful one as well, more agit-prop than anything else. It would be part of an international strategy to isolate and disrupt the Somoza regime wherever it found itself attempting to conduct business as usual. Soon the operation was ready to be launched.

By this time in 1976, the most militant and dedicated of our cadres were already in Nicaragua involved in the armed struggle. Nonetheless, the cadres that remained in San Francisco were also of the highest quality and commitment. 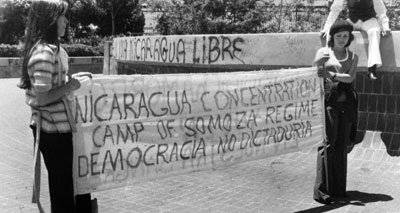 The action would not be without risk. Although we had carefully thought out the plan, and everyone would be unarmed and nonviolent as I mentioned, there was no way to predict what the reaction of the police would be. After all, the SFPD had had an antagonistic relationship with our community for years. The case of Los Siete de La Raza was just one example. And this would be the first time anything like this had ever gone down, a takeover at the consular level. What would be the reaction of the Consul General or his staff? Regardless of the consequences, we were firm in our resolve that we would take the Nicaraguan Consulate on Market Street, the largest of all of Somoza’s consular office, and we would not leave without getting our message in the media.

Three cadres were chosen to occupy the consulate office while the rest of us were assigned support work such as having lawyers ready, handing out our communiqué to the media, and organizing a rally outside the consulate to express our solidarity with the takeover as well as with the Nicaraguan struggle.

Early one September morning, tense but confident, we departed the Mission District. Once downtown each of us took our positions, each with clearly delineated tasks. Our plan went off better than any of us had expected. Once our cadre was in the consulate “Kike,” “Armando,” and “Arlen,” wearing red-and-black bandannas covering half their faces, shooed out the staff, all of whom left eagerly, as if they were in sympathy with our action. The doors were quickly barricaded from the inside, and then the rest of us went into action. My particular job was to call all the newspapers and televisions to let them know that the Nicaraguan Consulate had just been occupied and that a statement would soon be released. I had a list with me of all the telephone numbers and I walked across the street and used a pay phone to make the calls, making each call to the media sound as urgent and exciting as possible. Another cadre called the police station to let them know that it was a peaceful takeover and that those inside were unarmed and all we wanted was to get our message out. The fire department was also called and told what was happening so that there would be no need to knock down doors or anything. While this was going on, other members had organized a picket line in front of 760 Market Street and were shouting slogans and handing out leaflets and our communiqué.

Within minutes, sirens were converging on the Flood Building and TV reporters were out there with their cameras and microphones, even a helicopter flew overhead, adding to the drama. The news media wanted to know why we were doing this and we explained the situation in Nicaragua and how the US government had been supporting this dictatorship for over forty years, and had in fact created this dictatorship. I don’t think that a single one of these reporters had ever heard of Nicaragua, and certainly most of them couldn’t find it on a map even if it bit them in the ass.

The police lined up in front of the consulate but were hesitant about storming inside, since they apparently knew that all consulate and diplomatic offices are sovereign territory and cannot be entered by the host countries law enforcement units. Late in the day, after we had presented our communiqués to the media, tense negotiations continued outside the consulate between our three cadres and the police department. Finally after nightfall an agreement was reached: our cadre would leave the consulate and no arrests or prosecutions would be made. We figured we had made our point with the media, and at the same time had sent a message to the dictator Somoza that he would be harassed and disrupted wherever his lackeys might appear.

At the agreed upon time, those of us outside the consulate formed a corridor in the hallway to usher our cadres out. Suddenly the door of the consulate swung open and “Kike,” “Arlen,” and “Armando” emerged, shouting slogans in support of the Frente, while we all joined in with them. Then the whole group of us, maybe twenty in all, stormed out of the Flood Building and made our getaway, untouched by the police. Our operation had been an outstanding success; we had hurt the dictatorship without suffering losses ourselves. The most important part was that finally we had the media’s attention as to what was happening in Nicaragua.

The takeover of the consulate sent shock waves throughout the Nicaraguan community. Somoza must have received the news in his bunker in Managua. What that fat old dictator thought of this is not recorded, but he must have figured he would swat us away like bothersome mosquitoes. But it was so successful that we would do it on several more occasions, assigning different cadres different roles, disrupting their work, distributing our communiqués, and rallying the morale of the people.

by Alejandro Murguia, from his essay "Poetry and Solidarity in the Mission, in the anthology "Ten Years That Shook the City: San Francisco 1968-78" (City Lights Foundation: 2011), edited by Chris Carlsson.