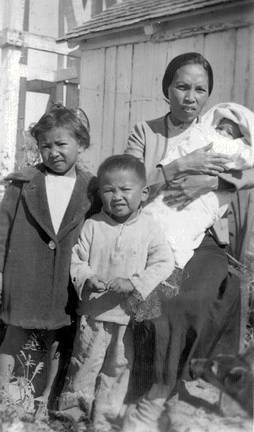 Filipinos first came to California in large numbers in the 1920s and 1930s. They came as U.S. "nationals," a special legal status acquired after the Philippines became an American territory following the 1898 Spanish-American War. California was not, however, the first destination of Filipinos. The first group of Filipinos actually arrived in Hawaii in 1906 as labor recruits for the Hawaiian Sugar Planters Association. At the completion of their labor contracts, many Filipinos left Hawaii and immigrated to California where wages and working conditions were better than the sugar plantations.

The majority of these early Filipinos were single, able-bodied young men between the ages of 18-25 years old. They came for many reasons: economic opportunities, to find and join relatives who made the journey earlier, and in search of "adventure." These early Filipino immigrants came mainly from the Ilocos region in Northern Luzon and from Cebu and Panay in the Visayan Islands.

San Francisco was their main port of entry. Upon arrival, the majority of Filipinos (65 percent) boarded a taxi and headed out to Stockton where they worked in the asparagus fields in the San Joaquin-Sacramento Valley. Yet not all Filipinos were farmworkers. The ones who stayed in the city settled in what became known as "Manilatown."