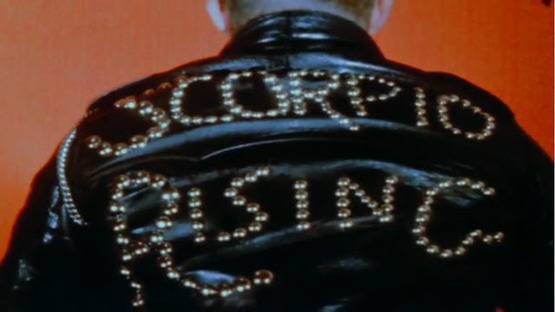 Photo courtesy of the Cleveland Institute of Art

Unlike the standard of narrative films that have a beginning, middle, and end, experimental films defy these conventions by toying with the narrative linear structure where a concrete logical timeline in a narrative does not exist.

With a narrative film there are scenes that follow a specific time frame (flashbacks being an exception) but in this time frame, everything ties into a logical ending with image, dialogue, and music supporting the narrative.

With experimental films, a specific time frame does not exist. These films can go in any direction at any time by utilizing unconventional elements such as found footage, dialogue that is not synched or incongruous to the image, standard soundtracks being replaced by noise or other sounds that create a jarring effect with an image, and an absence of a structured timeline just to name a few.

San Francisco artists, inspired by European and New York experimental filmmakers such as René Clair, Jean Cocteau, Maya Deren, Jonas Mekas along with George and Mike Kuchar (who later migrated to San Francisco in 1971), began making their own films. One of first known experimental film shot in San Francisco was in 1946 when James Broughton and Sidney Peterson made the controversial film The Potted Psalm.

Broughton claimed that "Cinema saved me from suicide when I was 32 by revealing to me a wondrous reality: the love between fellow artists.” With film Broughton could bring his joy of poetry to life on the screen.

With Lawrence Jordan, who was a friend of experimental filmmaker Stan Brakage when he grew up in Colorado, was also a painter who was influenced by surrealist painter Max Ernst, whose collage novels inspired Jordan to collect engravings and rework them into film collages. His painterly collages provide movement, which Ernst’s collage novels couldn’t provide.

These filmmakers inspired various other San Francisco artists to venture into filmic pursuits and thus the experimental film movement flourished and continues in the San Francisco community with such filmmakers as Craig Baldwin, Greta Snider and Jay Rosenblatt.

Experimental filmmaking coincides with the pioneer spirit that exists within the San Francisco community. With its history of diversity and free-spirited thinking that was happening in the art world beginning in the late 1940's. Experimental filmmaking, even to this day, is an extension of the expanding imagination and thoughts of a community that is open to anything.