Emma Goldman on the Quake 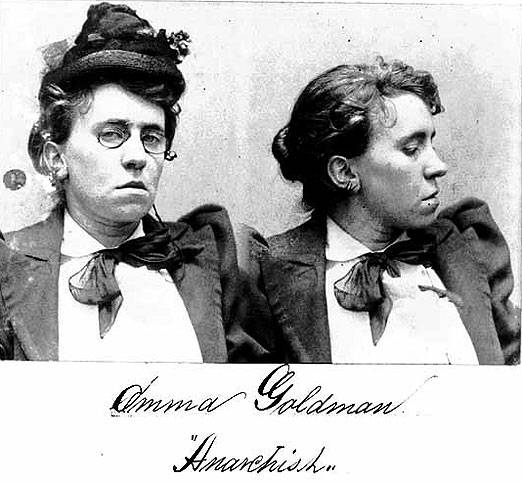 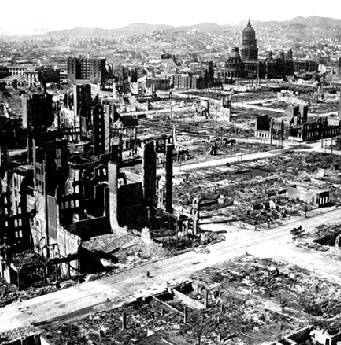 Looking from Nob Hill across the devastated Civic Center area, 1906. 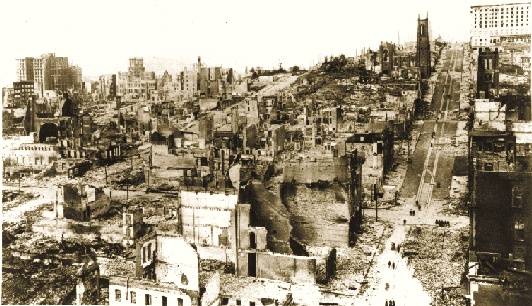 View south towards Nob Hill from Russian Hill after the 1906 earthquake and fire.

Pity and sympathy have been celebrating a great feast within the last few weeks. When they look into the mirror of public opinion they find their own reflex touchingly beautiful, big, very human. Want was about to commit self-destruction in abolishing poverty, tears and the despair of suffering humanity forever.

No doubt a large amount in checks and banknotes was sent to the city of the Golden Gate. Money, in these days, is the criterion of emotions and sentiments; so that the pity of one who gives $10,000 must appear incomparably greater than the pity of one who contributes a small sum which was perhaps intended to buy shoes for the children, or to pay the grocery bill. A large sum is always loud and boastful in the way it appears in the newspapers. The delicate tact and fine taste of the various editors see to it that the names of the donors of large sums be printed in heavy type.

After all, can not one every day and in every large city observe the same phenomenon that has followed the disaster in San Francisco? Surely there were homeless, starved, despaired, wretched beings in San Francisco before the earthquake and the fire, yet the public's pity and sympathy haughtily passed them by; and official sympathy and compassion had nothing but the police station and the workhouse to give them.

And now--what is really being done now? Humanitarianism is exhibiting itself in a low and vulgar manner, and superficiality and bad taste are stalking about in peacock fashion.

The newspapers are full of praise for the bravery of the militia in their defense of property. A man was instantly shot as he walked out of a saloon with his arms full of champagne bottles, and another was shot for carrying off a sack of coffee, etc. How strange that the "brave boys" of the militia, -- who, by the way, had to be severely disciplined because of their beastly drunkenness -- showed so much noble indignation against a few clumsy thieves! During the strikes and labor conflicts it is usually their mission to protect the property of skillful thieves -- legal thieves, of course.

Finally what is going to be the end of the great display of superficial sentimentality for the stricken city? An all-around good deal: Moneyed people, contractors, real estate speculators will make large sums of money. Indeed it is not at all unlikely that within a few months good Christian capitalists will secretly thank their Lord that he sent the earthquake. 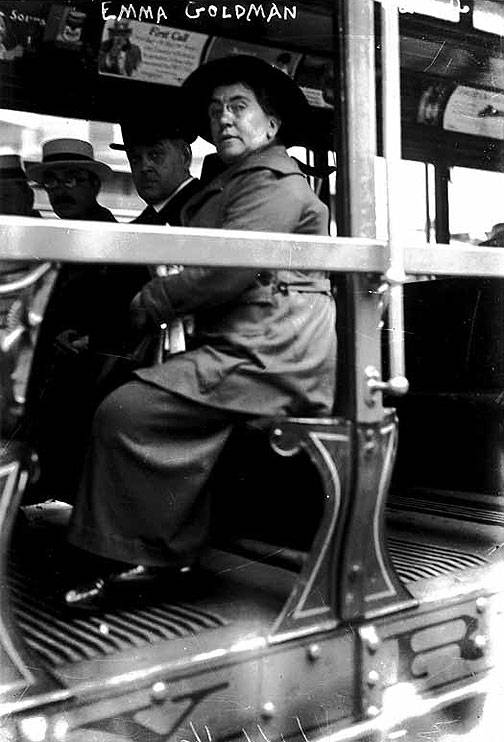