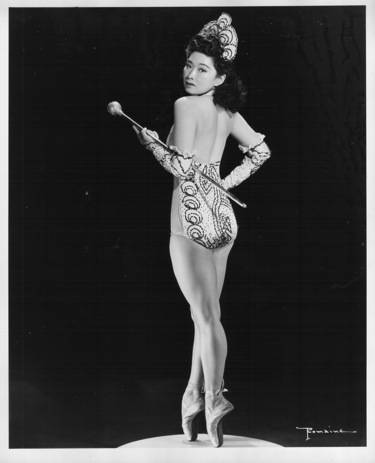 "The Betty Grable of Chinatown"

Ellen Chinn grew up in Monterey, California, the daughter of a traditional Chinese family. Like many Asian-American girls who came of age in the 1920s and 1930s, she followed the popular entertainment, music and dancing of the day. She most definitely caught the performance bug, and decided to break out on her own. Her daughter, Candace Poinciano, who also went on to a career as a nightclub dancer, says that her mother spoke little of her childhood and early career. She recalls, “She was probably underage… And I know she ran away and was dancing on the stage, and I know grandfather went to the club, grabbed her off the stage, brought her home, and she ran away again.” 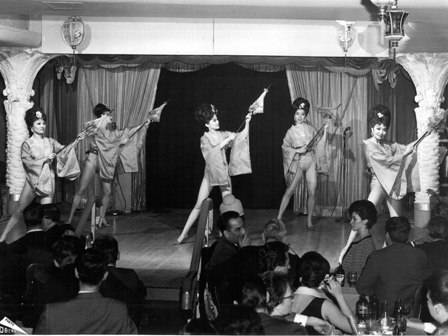 Ellen's talent as well developed by the time Charlie Low opened his Forbidden City nightclub in 1937 in San Francisco’s Chinatown. She was on the opening night bill and continued to perform there regularly throughout her dancing career. She also had engagements of several weeks or months at other Chinatown nightspots, and special performances for conventions and other events. Like so many other performers on the Chinese nightclub circuit, Ellen was billed as a Chinese version of a white American star – in her case, Betty Grable, for her fantastic legs.

Ellen danced until she started a family in 1946. She met her husband, Robert Price, coming off the stage at the Forbidden City. There were plenty of “stage door Johnnies” looking to hook up with the dancers. But where so many failed, this young man won Ellen's heart. According to family lore, Ellen at first refused his advances, going to far as to throw a bucket of water on her as he stood beneath her apartment window. Once Ellen finally accepted Robert's advances, the two desired to marry. Robert wrote letters to several states inquiring if they could be legally married. The rejections consistently noted state laws barring marriage between a white person and a “negro” or “mongolian.” They finally married in Walla Walla, Washington, in 1942. Daughter Candace Poinciano noted that she never met her Chinese grandfather because he disapproved of the union.