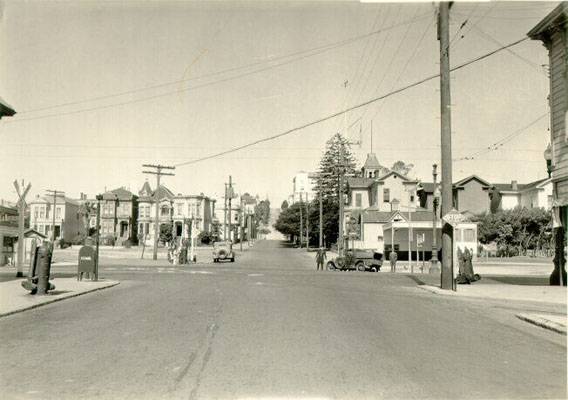 25th and Valencia, looking west, 1932. Note the San Jose railroad tracks diagonally crossing the intersection, on its way to the Bernal Cut. 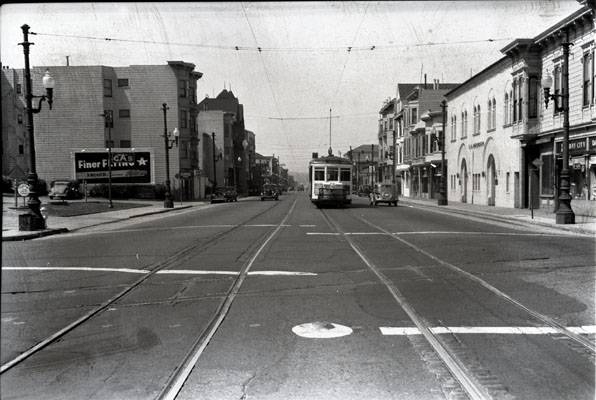 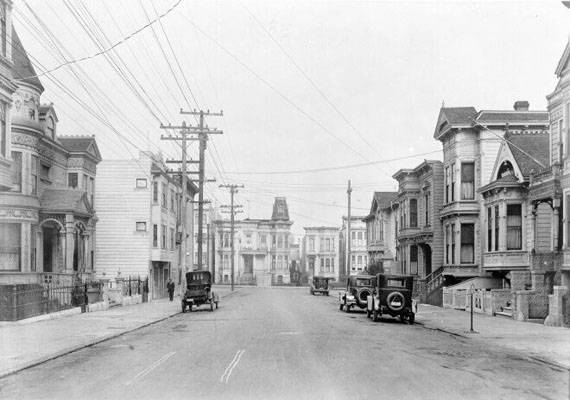 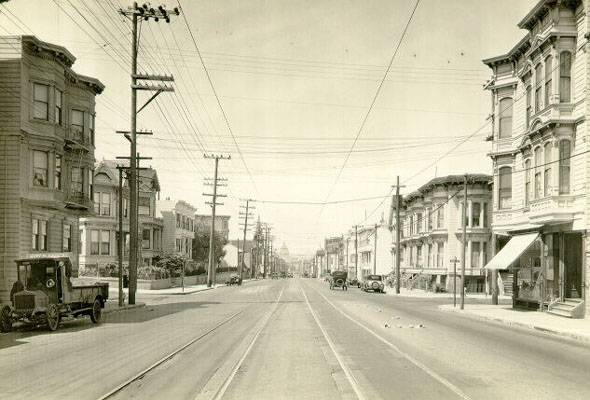 In 1919 my mother found a flat to her liking on 24th Street between Treat Avenue and Harrison Street. Moving was accomplished by means of a horse-drawn dray which my granduncle, Henry Craig, a teamster, secured for us. It was quite a thrill to ride the ten blocks to our new home, our worldly possessions stacked neatly on the wagon. This change brought us back into St. Peter's parish. Our new flat occupied the eastern side of a lot 104 feet deep, running south to north. It was 47.6 feet in width. Presuming the building to be the usual 25 feet wide, the distance from our flat, which occupied the eastern line of the lot, to the nearest building on the western side, was 22.6 feet. This arrangement permitted us to have the warm Mission District sunshine all day long on the front of the building and all afternoon on the western side. Running along the 24th Street property line from our flat was a tongue-and-groove fence. The fence had a door for people and another huge door that, when opened, admitted both horse-drawn and motorized vehicles.

This large, unbuilt area frequently provoked our family physician, Dr. John Nast, to remark on the healthiness of the flat as to fresh air and sunlight. Originally the two flats of the building were at street level, set back from the property line. At a later date they were raised but not moved forward and a store built under them. The store fronted on the property line of 24th Street. As we were the tenants in the lower flat, this gave us a "patio" overlooking 24th Street. Actually it was nothing more than a tar and gravel roof over the tailor shop below.

The tailor shop was owned and operated by a Mr. Behm. I recall my father being fitted for a suit of clothes. Mr. Behm would place the basted material on him and modify it wherever necessary in order to achieve a perfect fit. Tailors in those days were artists in their craft. A cigar factory, E. G. and H. Cigar Manufacturers, occupied the back of the lot on the western side of our flat. It was a gabled, two-story building, shallow in depth. To me as a tiny youngster, it was a playground. Here, under leave of the owners, who were our landlords, I was given run of the factory. It was fascinating to watch the cigar makers at their desks busily rolling, tamping and trimming tobacco until a cigar took shape. When a sufficient number of cigars were rolled, they would be put into a wooden press to bind the tobacco leaves firmly. There were six to eight cigar makers employed. The brand name under which the cigars were sold was Cob Web. 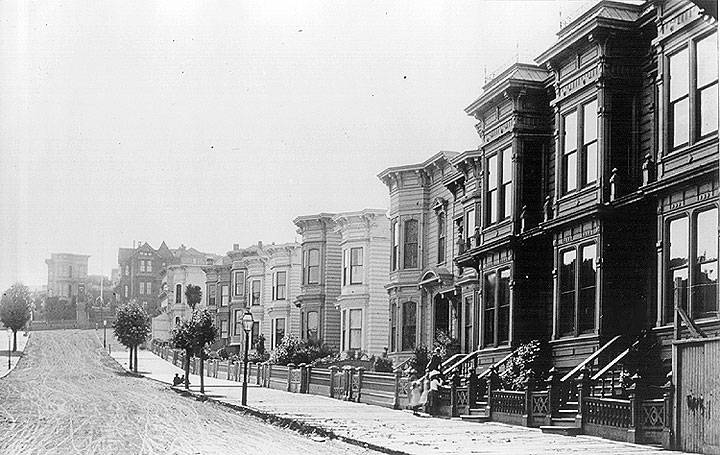 Hill Street between Valencia and Guerrero Streets in 1900. 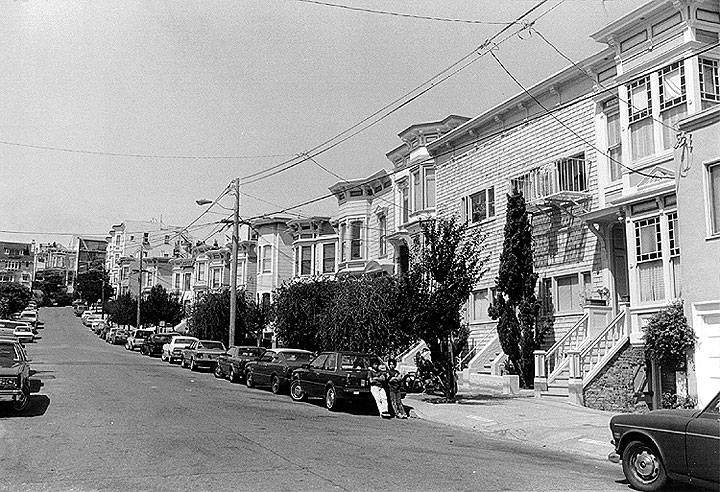 1988 view of Hill Street between Valencia and Guerrero Streets.