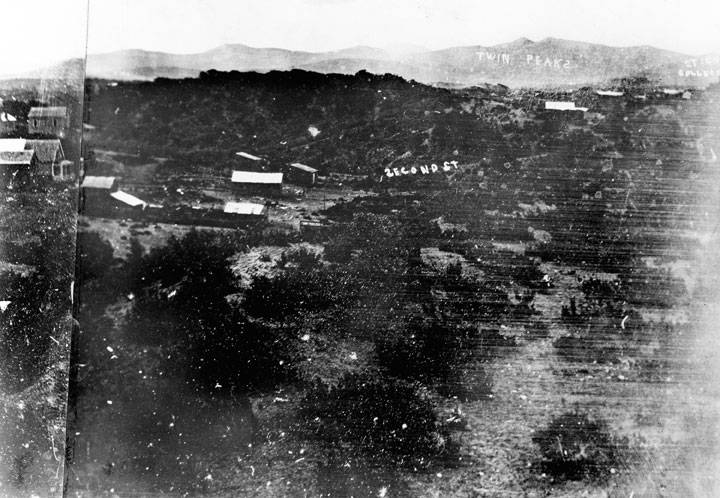 In its aboriginal state, the South-of-Market district was a sandy peninsula on San Francisco Bay. Its valleys and sand dunes extended barely east of First Street. The full eight blocks south from Market to Townsend were dry land only from Second to Third. Rincon Hill had two 100-foot-high crests, near Second and Townsend, and along Harrison Street between First and Second. Hills eighty feet high stood at Second and Howard, Third and Market, and Second and Market. A Salt marsh interrupted Fourth and Fifth streets near Folsom and continued northwest almost to Market. The south end of the main shipping cove was at Rincon Point, located about Spear and Harrison. Half of today's South of Market lay under water.

The initial Mexican and American settlement at the cove lay several blocks to the north of what is now Market Street. Settlers did not come south of Market until the Gold Rush. Beginning in 1846, the area was gradually surveyed and mapped in a street grid diagonal to that surrounding the original plaza, with large square lots, 275 feet (100 Spanish/ Mexican varas) on a side, six of them to each "square" block. First Street received that name because it originally ran alongside San Francisco Bay, but now six blocks of landfill separate it from the water. Much of the fill material came from leveling the sand dunes.