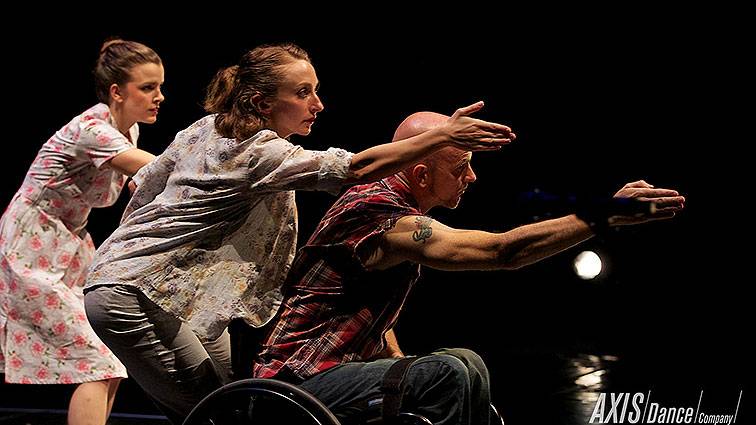 During the talk “Cripping the Queer: Intersections of Race, Disability, & Queerness” the disability elder and activist Corbett O’Toole said that culture is central to identity group movements.[1] Indeed, culture has a power to generate a meaningful connection between the people within the group and connect them to the people on the outside. Culture creates and connects, and when it comes to artists with disabilities[2]—it is a medium of telling the story of disability narrated by the authors who were silenced by the society for a long time. Disability performance in the Bay Area is one of those powerful cultural connections that generates visibility and solidarity for disability rights activism. Disability performance is an example of art created from within the movement that developed in two directions—focusing outwards to the society and inwards to the identity group. The outwards performance primarily aims to change the preconceptions about disability through the audience, whereas the inwards performance explores the artist’s experiences and identity in the first place. 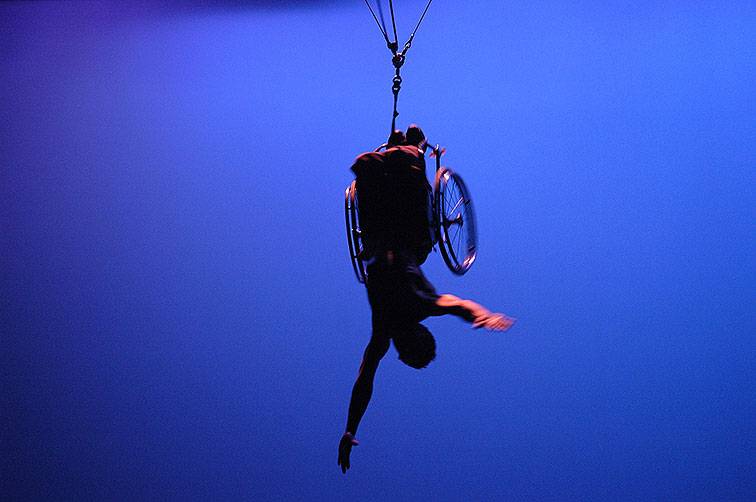 The Role of the Bay Area

Along with popularization of movements and legitimization of people’s power during Nixon’s presidency, there was, as a disabled artist Victoria Ann Lewis notes, a rethinking of dance and performance countering the rigid classical traditions[8] first revolutionized by Isadora Duncan; which then developed into contemporary dance when Contact Improvisation and pedestrian movement techniques were popularized by Yvonne Rainer and others. Moreover, the overall visibility of disability in the Bay Area—on the streets, on public transportations, in schools—made it possible for artists with disabilities to connect and create together and found creative programs such as AXIS and Sins Invalid.[9]

AXIS Dance Company and Sins Invalid, among many others, are notable figures in the Bay Area’s disability performance arts scene. Both groups put forward artists with disabilities and their narratives. AXIS is an integrated dance company, featuring pieces performed by dancers with and without disabilities. Sins Invalid primarily features the pieces by artists with disabilities, and broadens the focus by integrating different experiences of people with disabilities when their identity intersects with racial/gender/LGBTIQ identities. The dissimilarity goes beyond the artistic collective. AXIS focuses outward and away from disability identity being a central focus of their performances and continuously works for being acknowledged for their level of dance as well as its integrative component. Sins Invalid focuses inward towards the identity and living experiences of people with disabilities who are also living through the oppression due to their race/gender/sexuality.

AXIS Dance Company was founded in 1987 and is one of the first integrative dance companies in the world. In her interview with the Bancroft library archive, Judith Smith, one of the founders of the company, noted that her artistic direction of AXIS was led by the ambition to go beyond disability dance and gain recognition for its excellence in contemporary dance as a whole. She mentions how many critics in the beginning stage of their company could not see AXIS in a light beyond disability narrative. She wanted to shift away from “dance about disability” to “dance and disability visibility.”[10] During a talk at UC Berkeley campus, Smith also talks about the political implications of the disability performed on stage as it changes the idea of dis/ability in dance.[11] In their direction outwards, AXIS challenges the taken-for-granted understanding of dance and dancing bodies. They reject the view of disability as a limit and instead see and perform it as another form of ability. 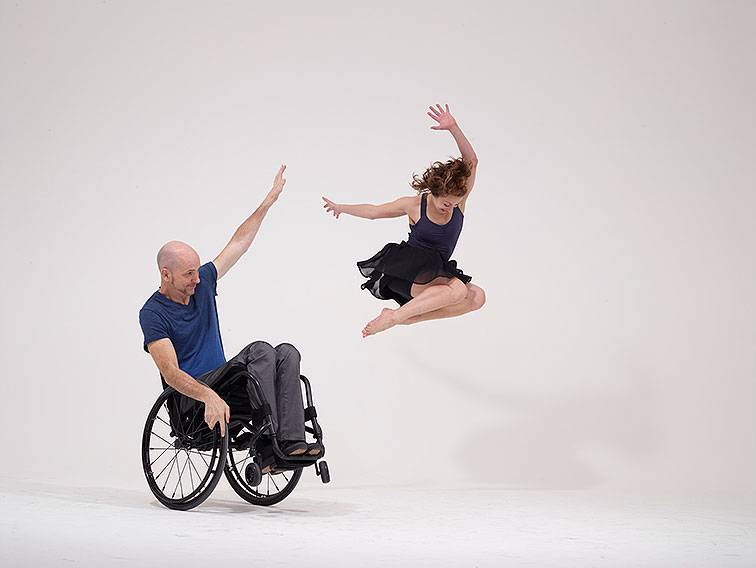 Sins Invalid is a performance project founded in 1996. It centralizes the narratives of disabled bodies and lives of people with disabilities in their pieces. Their pieces include multi-disciplinary performances and visual films. In their anniversary performance in 2016, they openly discussed experiences of sex, aging, and birth and how they are different when one has disabilities and is a person of color, LGBTIQ, male, or female.[12]12 Their stories are directed to speak about what disability means for persons with disabilities. First and foremost their performance is focused on uniting the experiences of the oppressed. Their art is directed to first for disability justice by connecting the people of the movement through art. 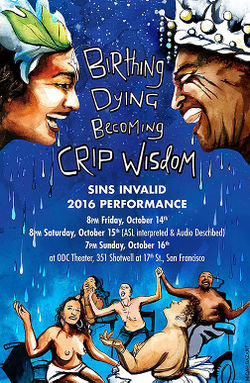 AXIS and Sins Invalid show two different aspects of disability performance in the Bay Area. AXIS radically rethinks what is possible in dance and leads the genre of integrative dance to be part of broader contemporary dance tradition. Sins Invalid gains inspiration from the disability identities themselves, and creates tight connections within the disability community across their shared identity. Both of the narratives are valuable in contributions to increasing visibility of disability act as an outlet for artists and creators with disabilities to have a say about their own experiences.

Ultimately, AXIS and Sins Invalid pave the way for disability arts to take part in the mainstream culture. Despite the differences in the focuses of their performances, both groups connect two sides of disability performance. In different ways, AXIS and Sins Invalid provide a space for forming and fostering disability identities for the artists and connect to the broader community through their audiences. By calling for inclusivity of disabled artists on stage, they are demand for integration of disabled people in society, they both follow the legacy of the Independent Living Movement of the 80s.