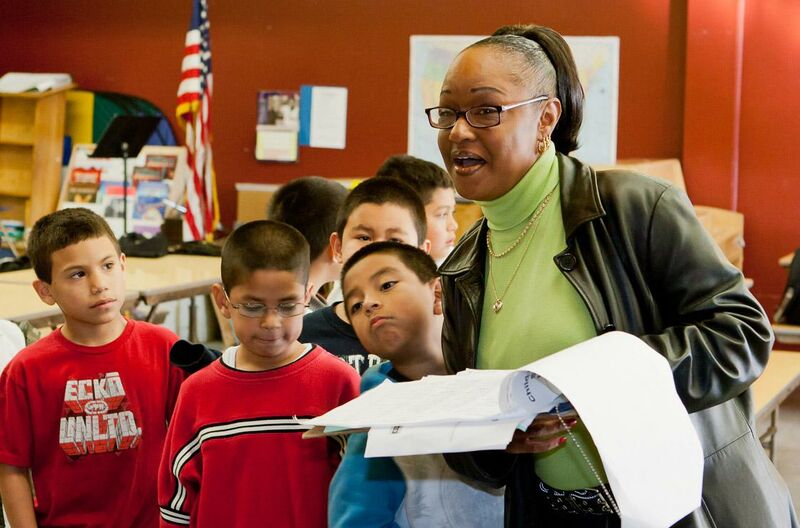 Karen Quinn is a paraeducator member of United Educators of San Francisco.

When teaching was a solely male occupation, the watchword was that the teacher had to be strong enough to physically control the largest boy in class. A great deal of progress has been made since that time.

The 1965 “War on Poverty” of the Lyndon Johnson presidential administration authorized classroom support directed to children living in poverty. That support most often was embodied in a paraprofessional classroom aide who shared some of the classroom responsibilities with the assigned teacher.

In San Francisco this new job classification was ensnared in a web of complexity that the school district exploited. Caught between city civil service and temporary status under the Title I injunction to supplement, not supplant local efforts, the paraeducators became vulnerable to annual layoffs and had no guarantee of a job.

In 1972 Local 61 opened its membership to paraeducators (then called paraprofessionals). Early leaders included Linda Cook, James Nethers, Gloria Washington, Wesley Williams and Aracelly Martinez. San Francisco Unified denied that they were the employers of the paraeducators until a 1977 ruling by the Public Employment Relations Board settled the issue. Until that time, these district employees had no civil service protections, no movement on the salary schedule, no paid vacation, and no dental plan.

Paraeducators won their first contract in 1977. By 1979 their benefits included a salary schedule, and medical coverage if they worked a four-hour day. The PARS retirement program was put in place as a stop-gap, and was not removed for more than two decades. At that time paraeducators were moved under the umbrella of Social Security. Paraeducators are also beneficiaries of an annual bonus generated by the parcel taxes.

Local 61 changed its structure in 1981 to include a vice president representing paraeducators. Peggy Gash became the first person to fill that position and go on union staff. Gash was succeeded by Bradley Reeves and Carolyn Samoa according to UESF’s booklet, “Paraprofessionals and their Union.”

In 2005, CTA finally voted to accept paras as members, making their inclusion in the union family complete. Locally, the mayor’s office now recognizes a Paraeducator of the Year in addition to the teachers and administrators who are recognized annually.