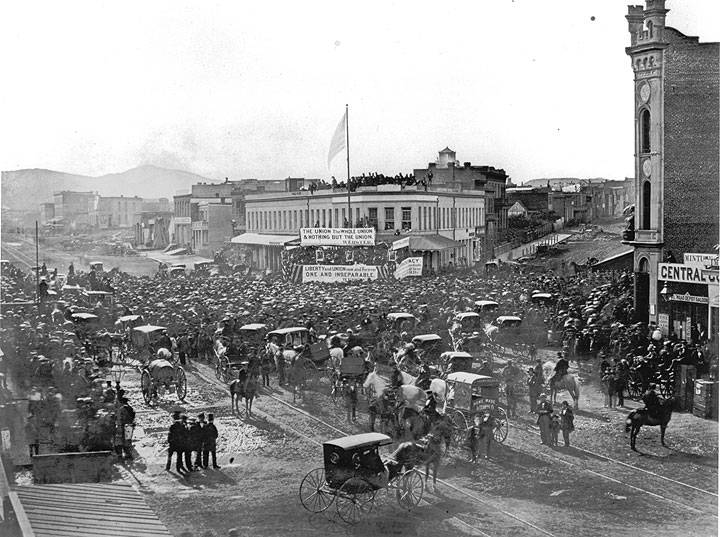 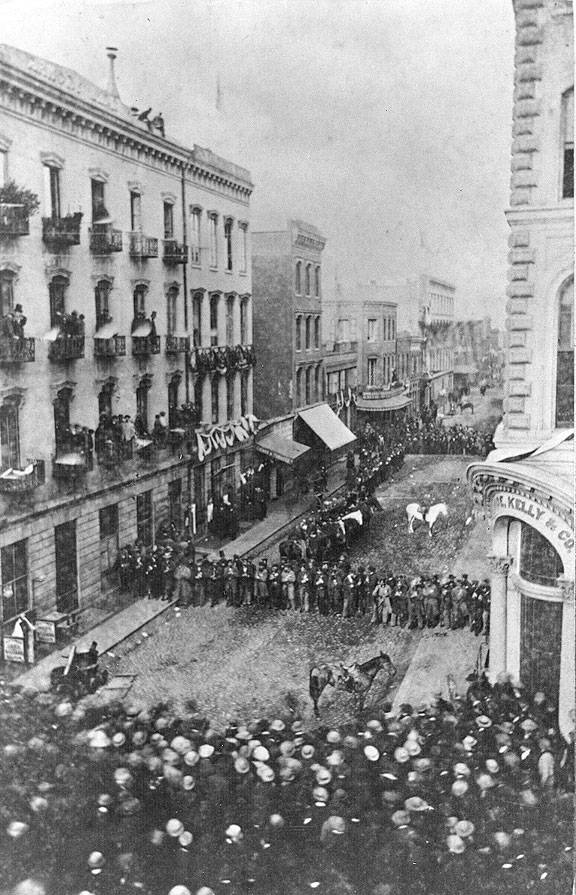 A rare photographic image of a nineteenth-century urban riot in progress. Sacramento Street east of Montgomery during the course of the disturbance, showing police lined up to thwart the intentions of those bent on destroying a "secesh" newspaper. Charles and Michael De Young apparently scooped up printing and typesetting equipment left in the streets in the wake of riots against Confederate-sympathizing newspapers after Lincoln's assassination, which they used to launch their newspaper The Daily Dramatic Chronicle.