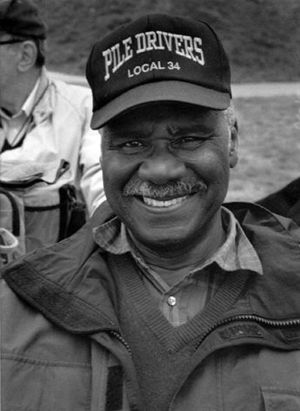 Chuck and I bonded on a walk of the Fort Point Gang along San Francisco’s waterfront. The Gang was remembering dead communists and labor leaders whose names are inscribed on wooden benches at Fort Point, and also observing May Day, the workers’ holiday commemorating the birth of the eight-hour-day. We fell into an easy pace and Chuck told me he was a retired piledriver and carpenter. I learned that Chuck was a long-time member of the Piledrivers Union Local 34. I’m a retired electrician and so we talked about construction work. Chuck was the only Black person in the group of old Reds. He, along with many in the Gang, had been a member of the Communist Party USA. Along with most of his comrades, Chuck left the party, but the FBI kept on surveilling him for years.

It was my first walk with the Gang. I’d been angling for an invitation to join and was delighted to be invited by my friend Ruth Maguire, whose oral history I had recorded. The Fort Point Gang had really been started as a walking group, a way to get some exercise, by the seaman Bill Bailey and some of his pals. Since sometime in the 70s, the group had been meeting every Thursday near the St. Francis Yacht Club and walking to Fort Point and back, a distance of about four miles. Then we would adjourn for lunch at the Seal Rock Inn near Land’s End. 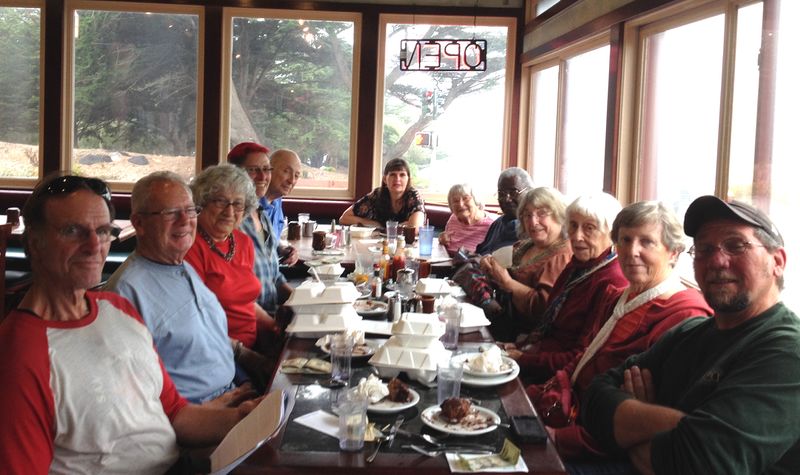 Chuck Cannon grew up in a small all-black community, Lake Como, in Fort Worth, Texas, and some years ago he started a blog about his hometown. By his account it was a wonderful childhood in a place where everybody knew everybody, although racism loomed large. He told me about hunting rabbits and squirrels and recalled vivid memories of the Texas prairie. He named the blog “ Warm Prairie Wind.”

In 2010, soon after we met, Chuck fell from a ladder while working on his house, breaking his right leg when it got stuck between the rungs. He was 82 then and never fully recovered. Over the years Chuck had remodeled the family’s 1910 Craftsman-style home, upgrading bathrooms, kitchen, bedrooms, building a basement garage and driveway and adding a deck off the kitchen. He was a handy guy with a full shop in the basement. And he didn’t let his poorly healed leg stop him. He rebuilt the deck, rigging it so he didn’t have to get on a ladder to do the work.

But by the time I came along, he and everyone else were too old and slow to make the whole walk with the Gang. By the time he died, at the end of 2016, he had not been walking far but, at 89, he kept walking. His wife of 64 years, Yvonne, a remarkable poet, would always be with him on the walks. Yvonne became my writing teacher when I joined her writers group at a local senior center. Yvonne and Chuck raised three daughters together and found acceptance as a bi-racial couple in their inner Richmond neighborhood.

The deaths of the members of the Fort Point Gang mark the end of an era. The old commies represent a generation of people who sacrificed much in the service of justice and equality. They inspire me to fight the good fight.

Chuck’s life has been well documented. He was featured in a film about the Piledrivers, made by Maria Brooks, called Pilebutt. From Maria’s outtakes we have Chuck telling his story on film. And Chuck’s grandson, Evan Neff, made a short film about his life.