by Chris Carlsson (with a hat tip to David Gallagher) 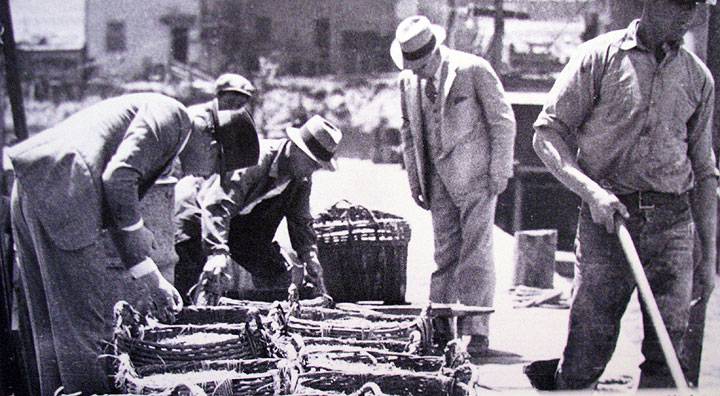 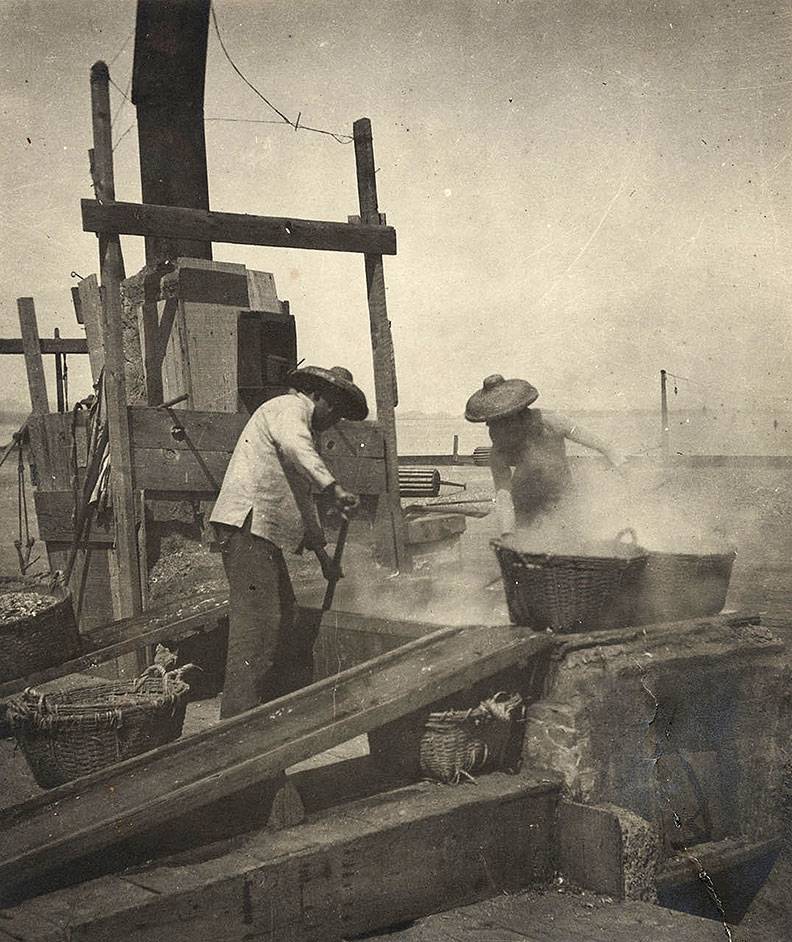 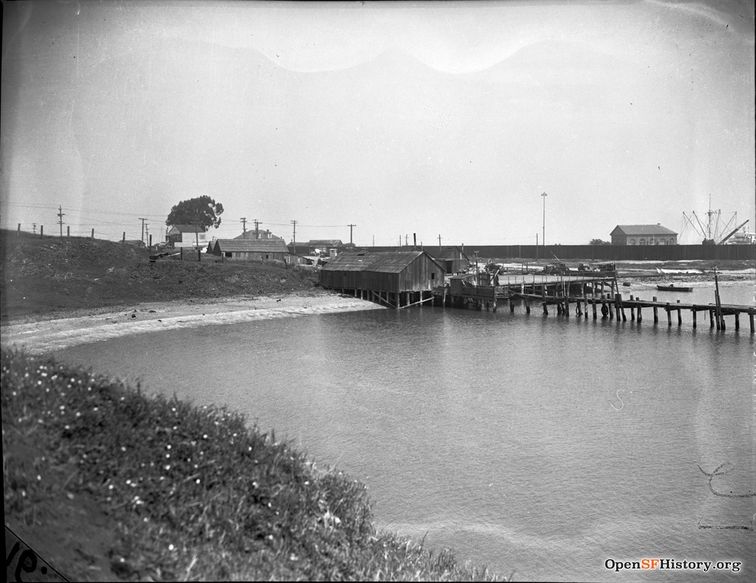 The Chinese shrimping camp along the shores of India Basin on Hunter's Point just before its destruction in 1939.

A community of Chinese shrimp fishermen made their home along the shores of India Basin on Hunter's Point until 1939, when the U.S. Navy took over the land under eminent domain for the Naval Shipyard. The Health Department came in and burned the shacks and docks that once provided a small village of fishermen and their families a steady living in the abundant shrimp harvest from the San Francisco Bay. 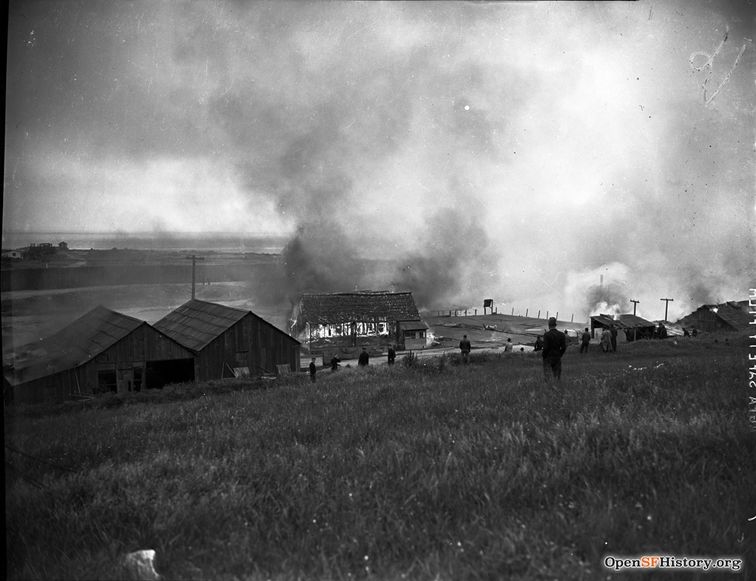 From the beginnings of San Francisco's urban growth, Chinese immigrants established fishing villages around the Bay. The southern shores of San Francisco at Hunter's Point was one, but there were others too, especially at China Camp (Point San Pedro) in Marin County and directly east across the Bay at Point Pinole near Richmond. This map shows where they were in the 1880s: 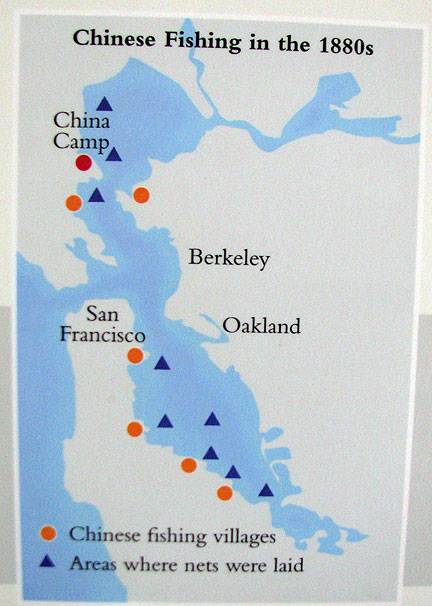 The Chinese fishermen sailed their redwood fishing boats to the mudflats. They dropped sail and set the large, triangular nets by staking them into the mud in long lines. The mouths of the nets were set open to the oncoming tide to catch shrimp swept along by the current. As the tide slackened, the fishermen raised nets and dumped the live shrimp into large baskets that were then stored in the boat’s hold. The nets were reset in the opposite direction for the next tidal cycle. After two tidal cycles, or about twelve hours, the holds were full and the fishermen returned to camp to process the catch. 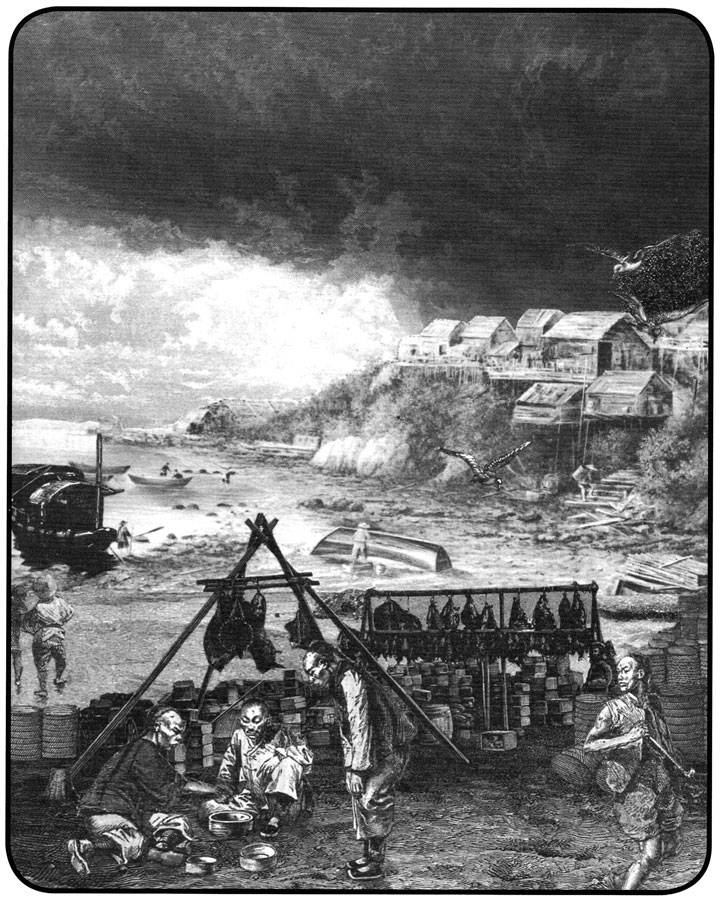 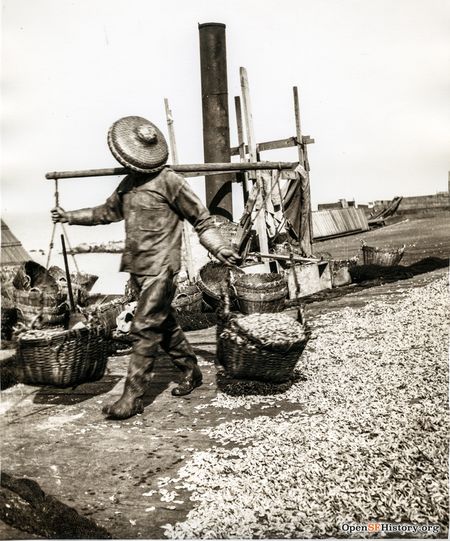 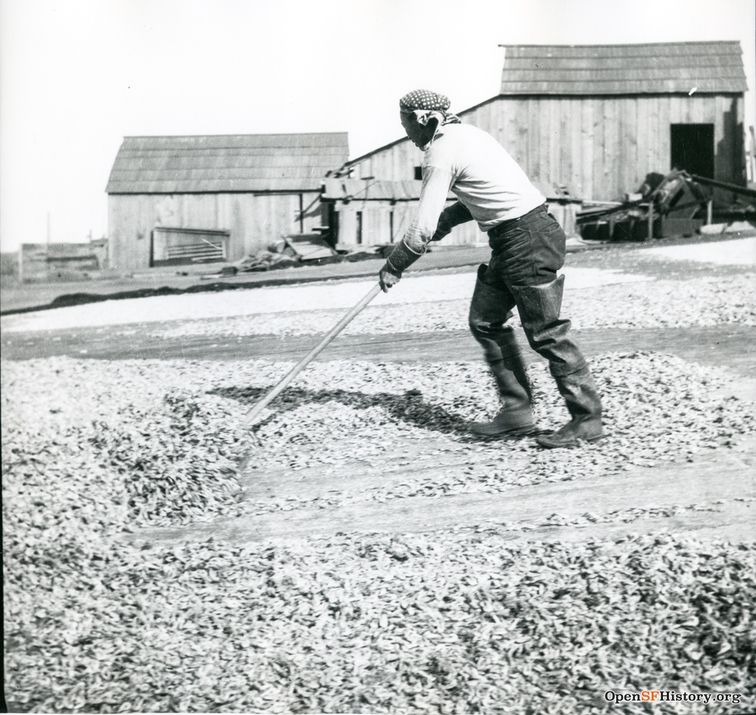 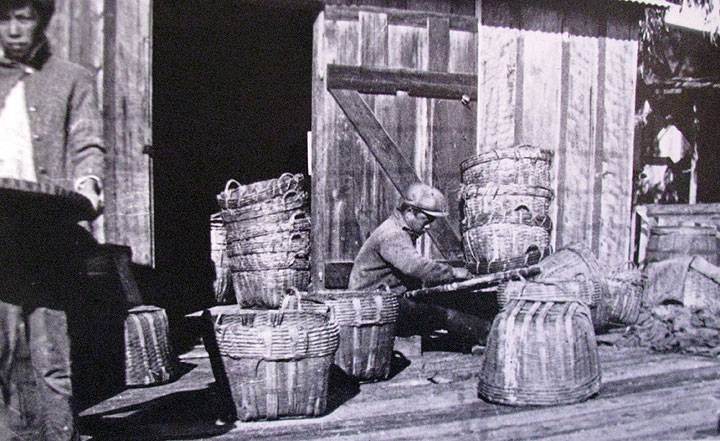 Processing shrimp for shipment to China was a big part of the business.

Hunter's Point was home to twelve different shrimp companies, each quite small (504 nets, 16 boats, 53 men working altogether), but along with shrimpers on other shores of the Bay, part of an incredibly productive shrimp fishery in the San Francisco Bay during 1920s. Here are the twelve companies at Hunter's Point, numbered to correspond to the location along the shore of India Basin in the map below: 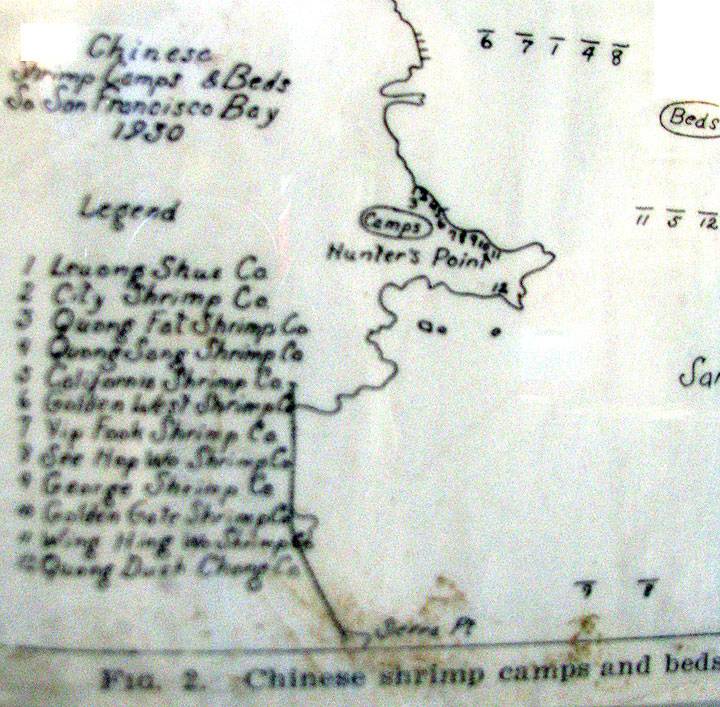 For full map and extensive description of shrimping visit the Division of Fish and Game of California document on the California Shrimp Industry.'

Here are the statistics of San Francisco Bay shrimp production from 1915-1930, in the original Fish & Game table below: 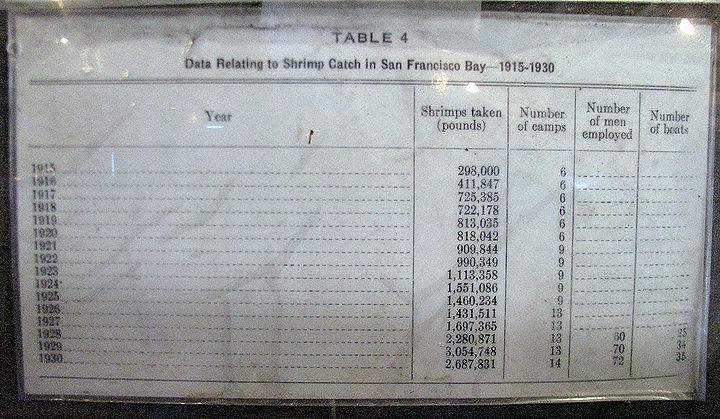 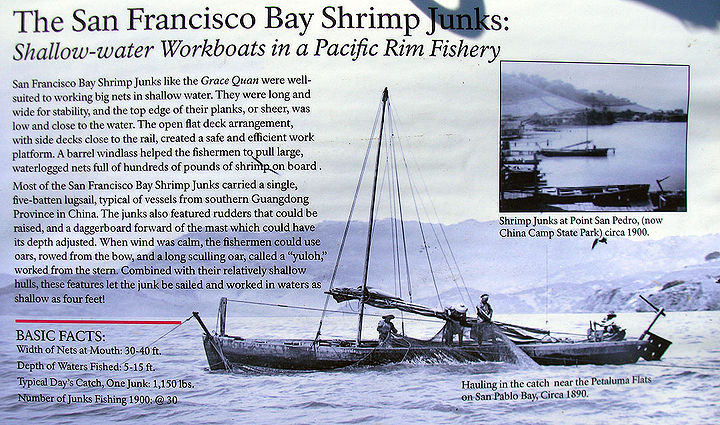 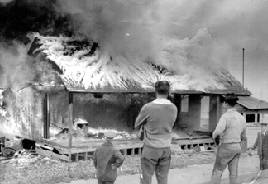 In 1939 the Health Department burned the remaining structures to make way for the Navy. 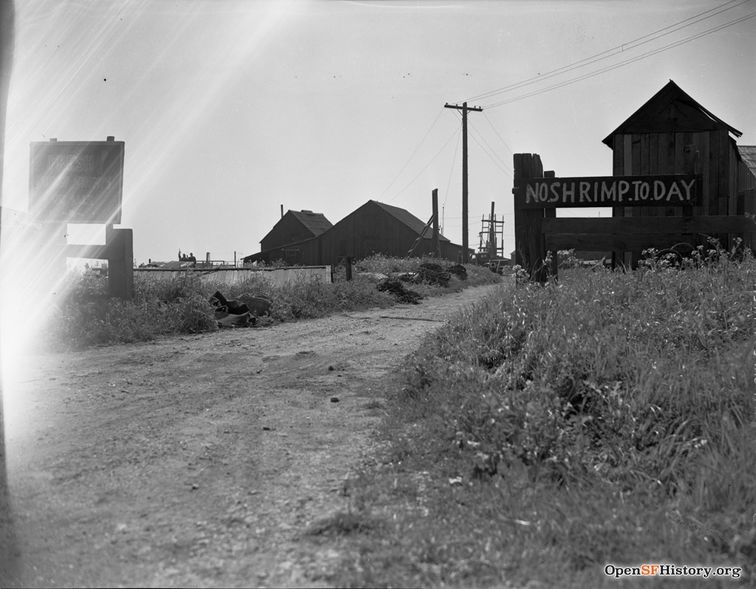 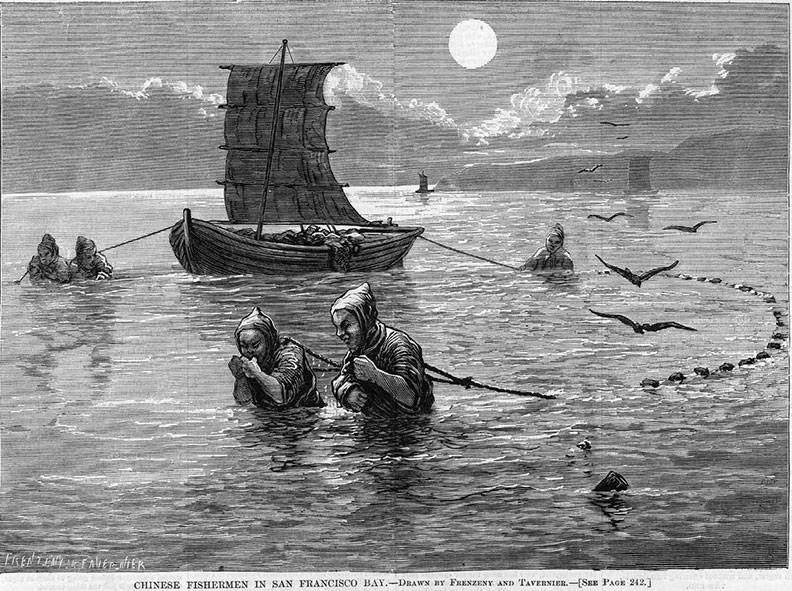