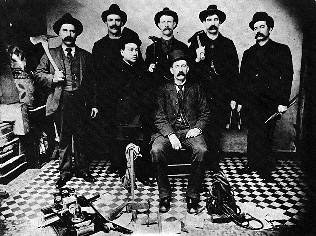 And it takes little but little imagination to smell the sweet, cloying vapors of opium drifting from places below sidewalk level...

The first shipment of Chinese opium fifty-two boxes in all arrived in San Francisco in 1861 aboard the clipper Ocean Pearl. By 1864, "the Year of Opium" in San Francisco, huge shipments were arriving regularly, and the City's first three big drug busts occurred: On January 16th and April 22nd, shipments from the ships Derby and Pallas were seized, and on June 19th a shipment of eggs turned out to have something other than white and yolk in the shells.

Despite occasional crackdowns, the opium trade was never seriously menaced by law enforcement. Chinatown itself was hardly ever visited by police, and the opium dens were almost completely ignored. An English journalist wrote in the 1880's: "Occasionally, when the police are short of funds, they make a descent on some of the dens but, as a rule, the proprietors are left unmolested." (The same situation prevails today, except that with asset forfeiture laws the police are legally allowed to keep and sell the property they seize during drug busts, even if the arrestee is later judged innocent.)

The police, who occasionally did find themselves short of funds, encouraged the passage of anti-drug legislation with tirades about the evils of opium. One of the milder ones came from New York Police Chief George W. Walling, who wrote: "Reveries, dreams and stupefaction do not come with one pipe. Again and again the smoker cooks his lump of opium, packs it into the bowl and lazily watches the smoke curl up around the lamp. After awhile the pipe drops from his nerveless hand and there is a glaze on his eyes which are half-shut like a mad man's. His head falls upon his breast and he is in the opium trance which is either paradise or hell according to the degree of his indulgence in the narcotic."

The clergy, who were peddling their own opiate-of-the-masses, joined in the anti-opium chorus. Reverend Frederic J. Masters described a San Francisco opium den thus: "The air is sultry and oppressive. A stupefying smoke fills the hovel through the gloom of which the feeble yellow light of three or four opium lamps struggles hopelessly to penetrate. There are two or three wooden beds covered with matting and each is furnished with lamp and pipe. Three Chinamen lie in different stages of stupefaction. The room is about fifteen feet by ten feet, ceiling and walls black with years of smoke. We have been in this den about five minutes and no one has spoken a word. It is like being in a sepulcher with the dead." 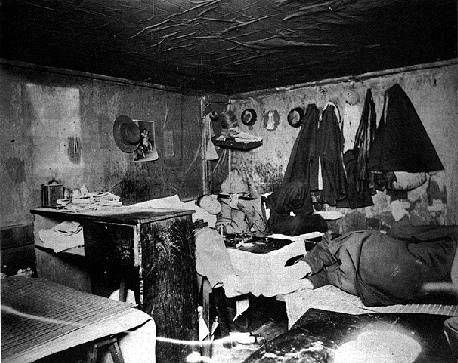 The Burlingame Treaty of 1868 was the first attempt to stymie the opium trade in the US. The treaty formally banned the importation of opium in the US, but said nothing about opium dens. At first, the treaty was widely ignored. In the 1880's and 1890's, local laws of ever-increasing severity attempted to stop the flow of opium and prohibited Americans from visiting opium dens. San Francisco's reputation as America's capital of opium debauchery stimulated the City authorities to at least take cosmetic steps. A handful of Americans were jailed, and by the late 1890's, as the laws grew more severe, fewer and fewer Americans visited the dens.

The hysteria that led to the no-whites-in-the-dens law was stimulated by lurid tales about white girls being forced into wild opium-fueled orgies with the Slant-Eyed Sultans of Smoke. A Grand Jury reported that "white girls between the ages of thirteen and twenty are enticed into these opium dens, become regular habitues, and finally are subject wholly to the wishes of the Oriental visitors." A police captain corroborated the story: "It is only we detectives who know the extent to which the opium habit has caught on amongst high-toned women in San Francisco. And the trouble is that the high-spirited and most adventurous women seem to succumb first."

In the late 1880's the San Francisco Call estimated that there were about 300 opium dens in the city, most of them in Chinatown, serving the roughly 3,000 hardcore "hopheads" or "opium fiends," along with the countless others who indulged less immoderately. The opium dens bore red signs above their doors reading PIPES AND LAMPS ALWAYS CONVENIENT in Chinese calligraphy.

The opium dens were finally wiped out in the earthquake and fire of 1906; most were never rebuilt, and the few that lingered were put out of business by the nationwide drug crackdown a decade later. 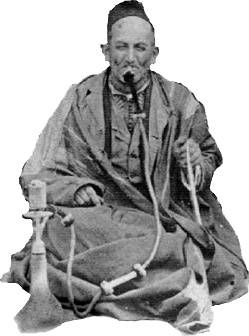 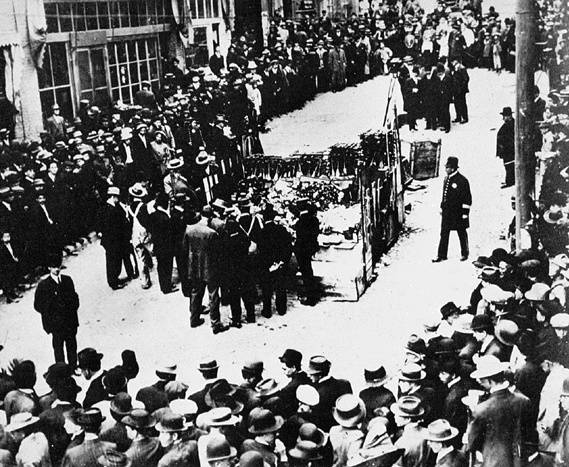 In a public event that took place sometime around 1920, San Francisco police burned confiscated opium in the middle of rebuilt Chinatown. The event was apparently worth photographing several times and was well-attended. To our eyes, the public burning may represent many things--the formal display of civic authority, the ritualized expunging of sin, the vigilant surveillance of Chinatown's streets, the symbolic punishment of vice in the public sphere. What was being burned was not the body of a particular sinner but the recalcitrant body of underground Chinatown itself. The burning gave ceremonial form to the claim that the new tourist quarter, like the old, was still ridden with vice, despite the appealing pagoda lamps and colorful streaming banners.