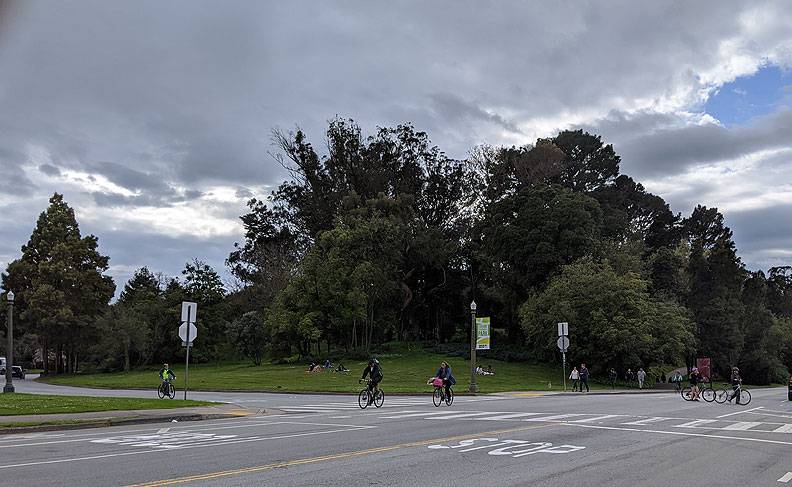 Before Golden Gate Park was well developed, this small rise at the intersection of JFK Drive and Pelosi Drive (recently Middle Drive) was known as Chicken Point.

Early park designer and engineer William Hammond Hall encountered an old recluse who lived with his chickens, ducks, and geese on the little hill formerly referred to as Chicken Point. The old man lived in a shack with some small enclosures for his flock. The poultry ran loose in the daytime, but at night he had to catch them and lock them up or lose them to coyotes. This evening roundup was quite a chore, because the ducks and geese roamed toward the lakes. One night as he tried to round up the strays, the old gentleman fell and broke his leg, and was hauled away to the hospital. He was so frantic about the safety of his charges that Hall assigned one of his men to stay in the old man’s cabin until he returned from the hospital. (Clary, p. 14, Vol 1. The Making of Golden Gate Park).

In the 1890s, carriage traffic grew so intense near this area, that a decorative iron bridge for pedestrians was erected from it to allow easy passage between the Conservatory to the north, and the original site of the Music Concourse (where the tennis courts are now) to the south. 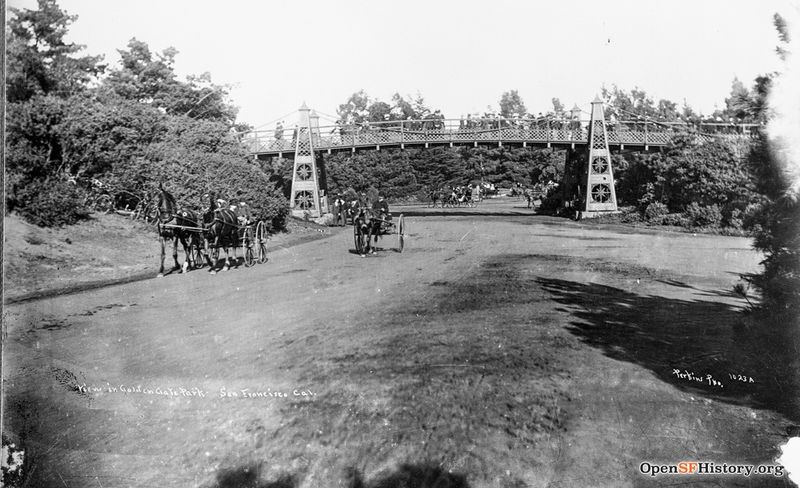 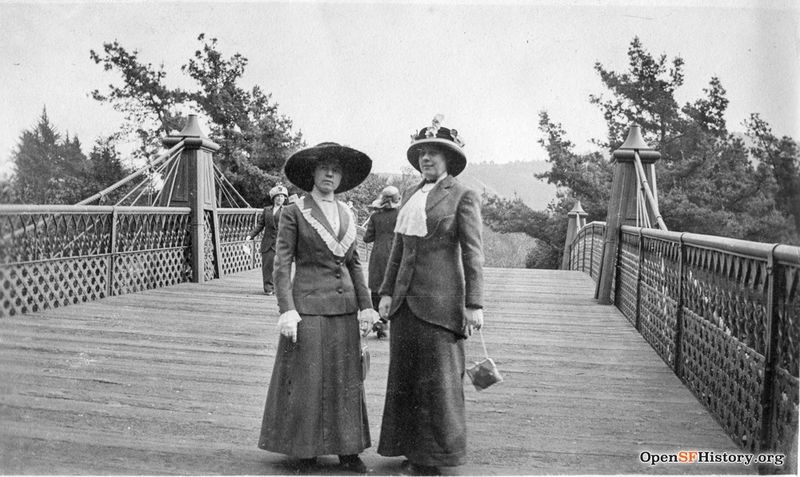 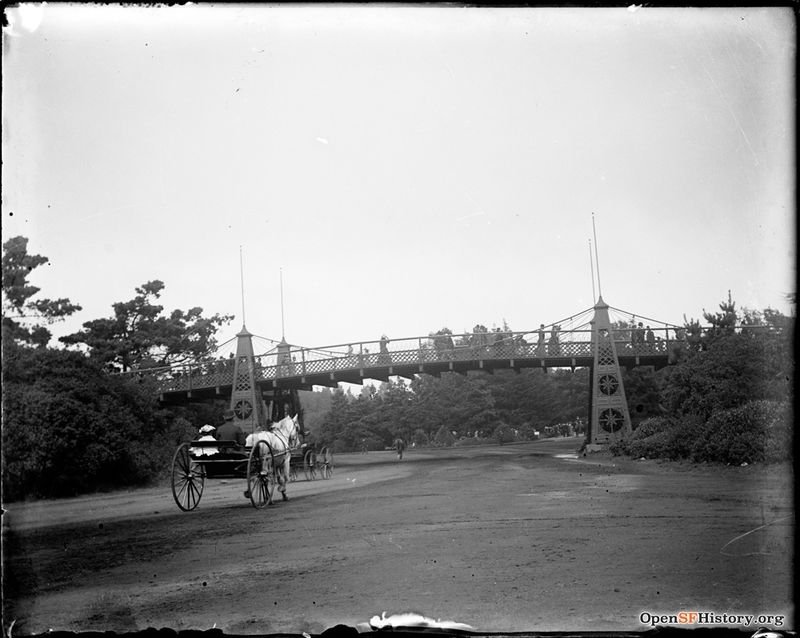 Roebling Suspension Bridge over Middle Drive, view west toward the current Aids Grove. The bridge led from the second Music Concourse and Bandshell (site of today's tennis courts) toward the Conservatory of Flowers, c. 1898. 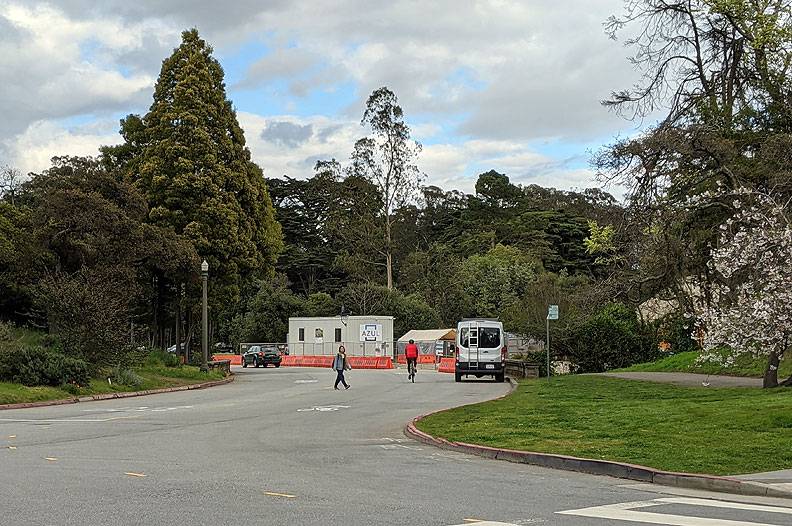 Approximate location of the iron bridge in 2020.