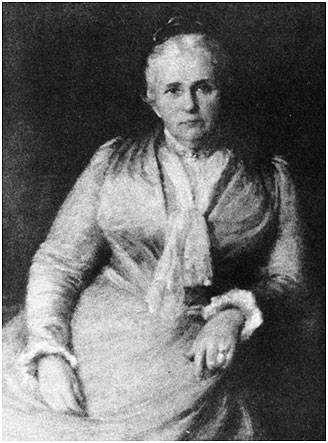 Portrait of Charlotte Blake Brown; Photo: UCSF Digital Collections (https://digital.library.ucsf.edu/items/show/784)
Charlotte Blake Brown was a revolutionary figure in the city’s history as a pioneering female in medicine and surgery. Included in her extensive list of achievements is helping found the now Children’s Hospital and inventing a device that sterilizes milk.

Charlotte Amanda Blake Brown—better known as “Lotte”—was born on December 22, 1846 in Philadelphia as the first child to Charles Morris Blake and Charlotte Farrington Blake. As the daughter of two medical missionaries, she travelled frequently growing up; in 1849, her father left to go to California for the Gold Rush, and in 1851, she, her mother, and her siblings followed him there. Soon after, they moved to Chile from 1854 to 1857 for her parents’ mission trip.

When they returned to the United States, she went to Bangor High School in Maine and then attended Elmira College in New York. During the Civil War, her father served in the Union Army. It is rumored that it was while treating him for injuries sustained in battle that Charlotte first became interested in pursuing medicine. After she graduated in 1866, she moved to Arizona to reunite with her family, and there, she married Henry Adams Brown, a banker, and worked as a nurse. In the 1870s, the entire family relocated to the San Francisco area. While her father studied medicine at Toland College in San Francisco and started his own practice in Yountville just north, she moved to Napa with her husband to work as a nurse, and they had three children: Adelaide, born in 1868; Philip, born in 1869; and Harriet, born in 1872.

After her last child was born, with encouragement from her husband, Charlotte left her children with their grandparents in California to move to Philadelphia temporarily to study gynecology at the Women’s Medical College. Public opinion of women in medicine at this time was still mixed, with the opposition promoting the idea of the cult of domesticity, but hundreds of women were inspired to pursue the occupation after Elizabeth Blackwell became the first women to earn a medical degree in 1849. Upon Charlotte’s graduation in 1874, she returned to the Bay Area to practice. She applied to the San Francisco Medical Society in 1875 but was denied membership because she was a woman. Undeterred, she worked as a physician and missionary to the Chinese community, and in 1875 with eleven other women, she founded the Pacific Dispensary Hospital for Women and Children in San Francisco.

The hospital, a precursor to the current Children’s Hospital of San Francisco, was originally located on Taylor Street. Healthcare was free, and patients were only charged for the medicine. Distinct from other institutions, the Pacific Dispensary had an all-female staff and served only women and children. The founders wanted a hospital that focused on both providing female patients with female doctors as well as giving these doctors professional experience. They persevered through initial financial problems, and according to the first Report of the Pacific Dispensary for Women and Children which was published in 1876, within one year of opening, there were 210 patients treated and 26 surgeries performed.

At the Dispensary, she served as primary physician and surgeon. She became the first female chair of a State Medical Society (the California Medical Society) in 1876 as well as the first woman to perform an ovariotomy, and Charlotte was one of five women admitted to the San Francisco Medical Society in 1877. She continued working at the Pacific Dispensary as it became a hospital in 1878 and pushed for the institution to initiate a training program for nurses in 1879, going as far as to personally collect funding for it. When the Pacific Dispensary became the Hospital for Children and Training School for Nurses in 1885, it was the first school for nurses on the West Coast. In that time, nurse training schools were growing in popularity to the point where they were even viewed as a necessity for providing a stable workforce vital to individual hospitals as well as society overall. In 1895, there were twenty-five nurses in the graduating class. The 1895 Annual Report noted that there were 533 patients treated in that year, 311 of which were children. Among the other statistics listed were 375 surgeries (compared to a mere 26 just twenty years prior), 38 baby deliveries, and 39 deaths. 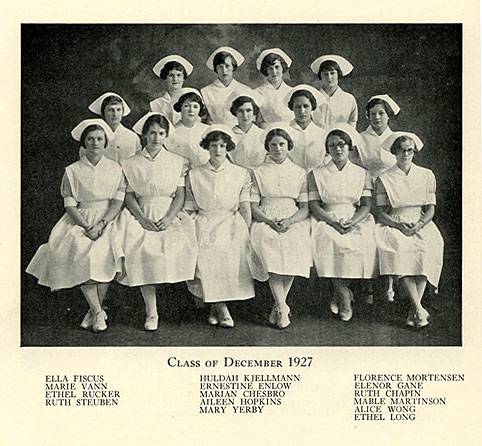 Outside of her career with the Children’s Hospital, Charlotte was still very accomplished. She wrote about eighteen articles for scientific journals, such as her notable “The Health of Our Girls” which was published in 1896. In the study, she examined the health problems of teenage girls ages 16 to 19 and proposed the then novel conclusion that there was a correlation between their poor health and a lifestyle that included a lack of sleep and a poor diet. For solutions, she pushed for public gyms, school programs that educated students on proper healthy living, and a low-cost food service that would provide nutrition. In addition to her jobs as a physician and researcher, she was an innovator. She created a device for her hospital that sterilized milk and was one of the first to push for a tumor registry that recorded data for scientific studies. In 1895, she resigned from the Children’s Hospital but continued to work in medicine opening a private hospital with her two children Adelaide and Philip, also physicians. During this time, she also did extensive charity work, helping found the Home for Feeble-Minded Children and other philanthropic organizations like the California branch of the National Conference of Charities and Correction.

Charlotte died on April 19, 1904 at the age of fifty-seven due to problems with her intestine. Her daughter Adelaide also became a physician whose focus included clean milk and caring for women and children—no doubt influenced by her mother. In a time when women had limited rights, she was a pioneer who paved the way for women in medicine as well as a dedicated philanthropist who worked to make the world a better place for all.