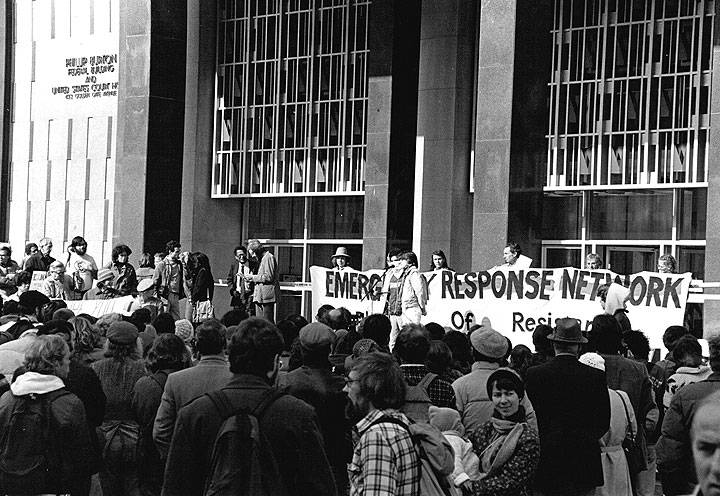 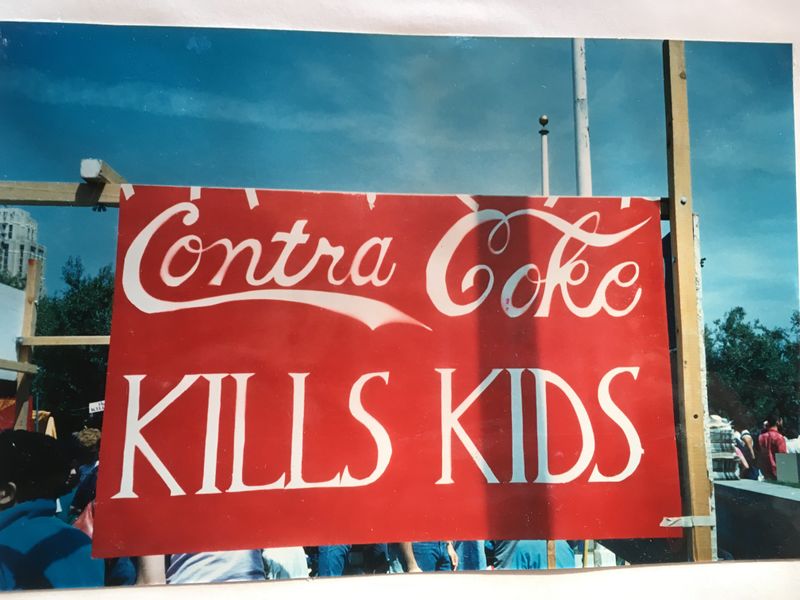 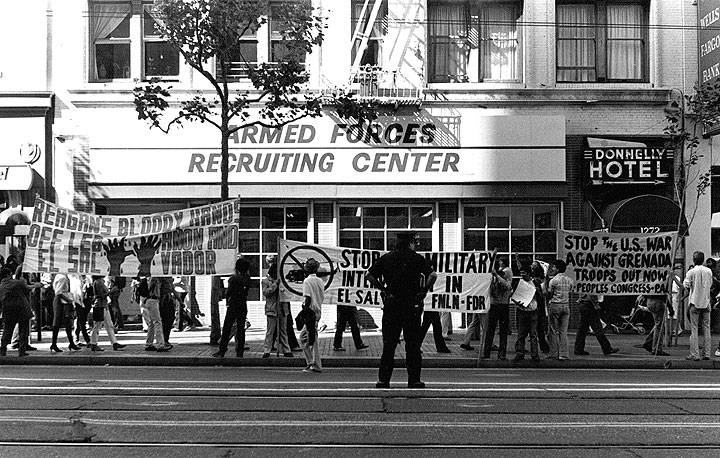 This 1983 protest on mid-Market Street was also directed against the U.S. intervention in the Caribbean island of Grenada, as well as its ongoing war in El Salvador. 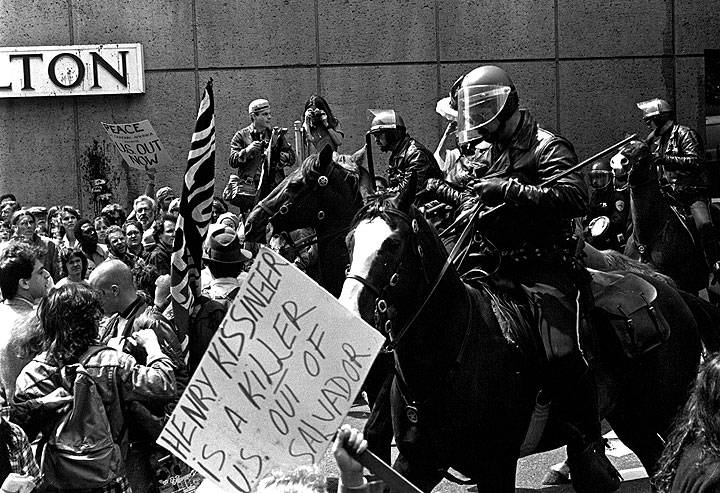 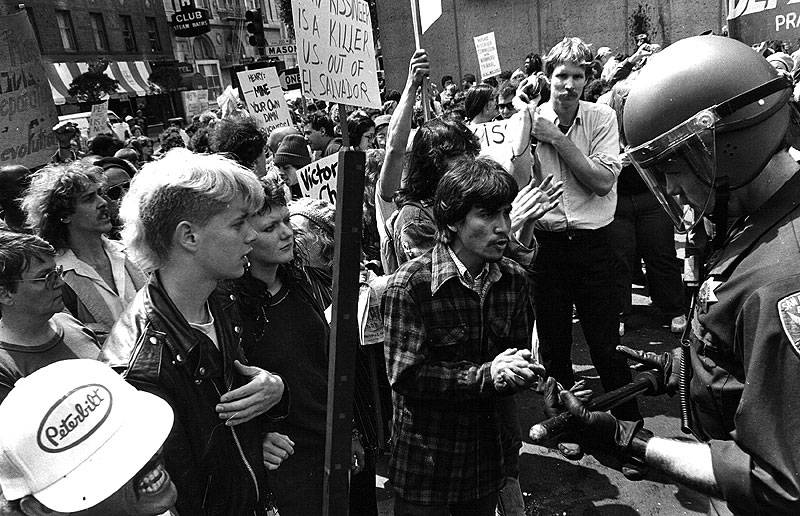 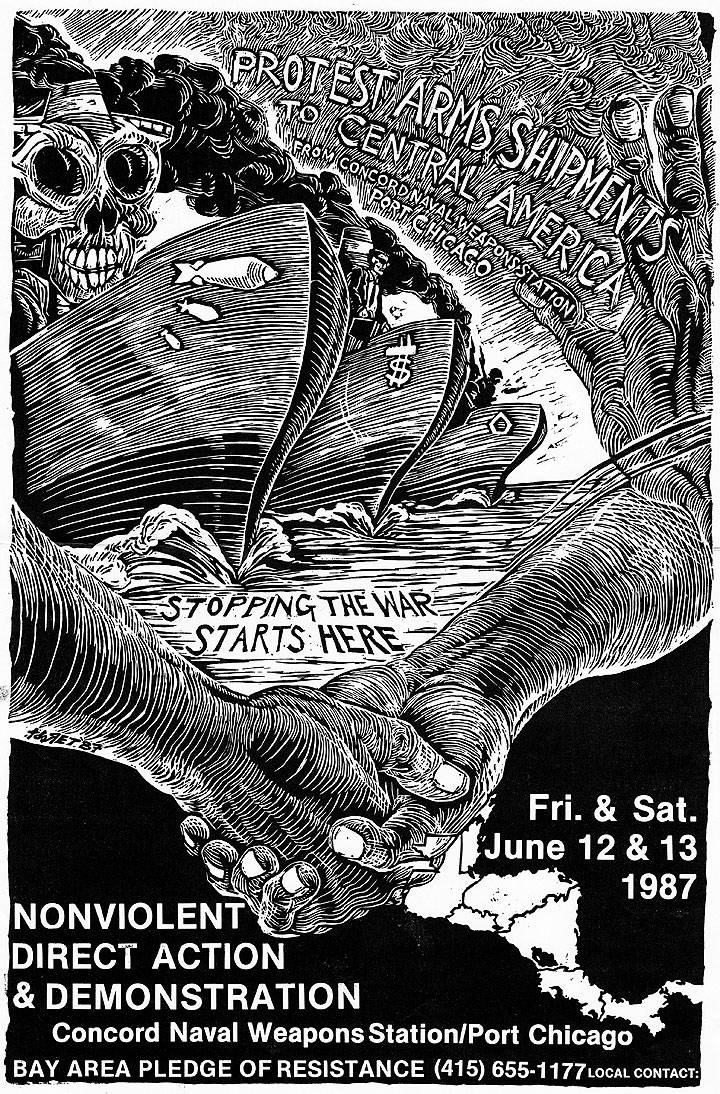 Poster calling for demonstrators to blockade the Concord Naval Weapons Station/Port Chicago in June 1987, at the height of illegal arms shipments to Central America, destined for the military in El Salvador and the contras in Nicaragua. 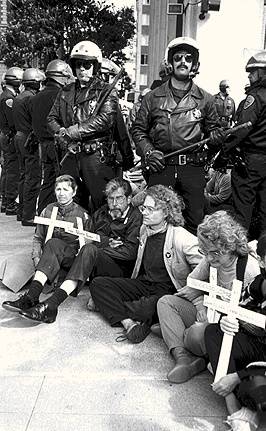 Pacifists prepare for arrest during sit-in at Federal Building in a 1988 Emergency Response Network protest. 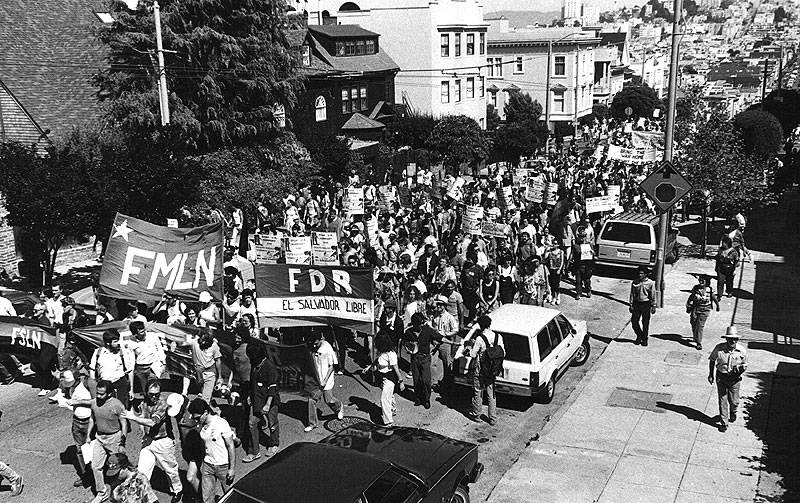 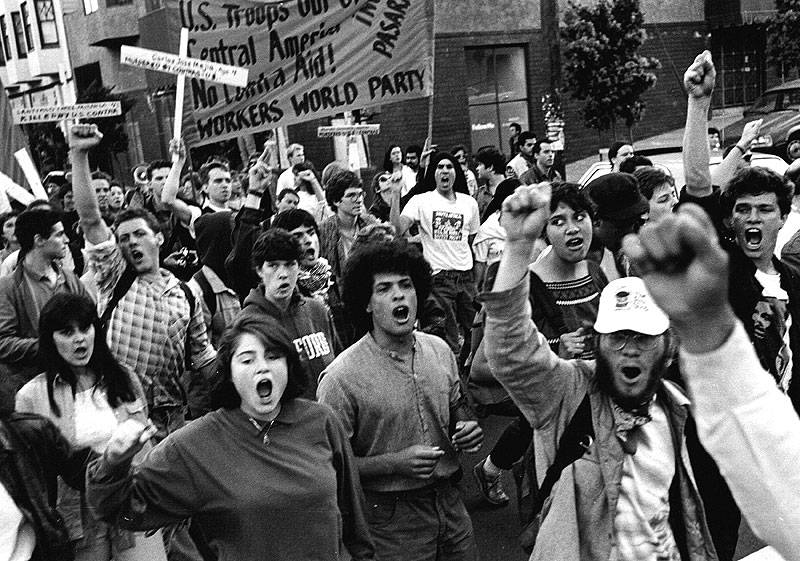 Anti-"Contra" march through the Mission District, 1988.