Cayuga Park sits at the western end of Cayuga Street between Geneva Avenue, San Jose Avenue, and Alemany Boulevard in the Outer Mission/Ingleside neighborhood. The park is a narrow-ish slice, adjacent to the BART line which rides high over its northern edge, and Highway I-280, and somewhere deep beneath it are the headwaters of one branch of what becomes Islais Creek further east. 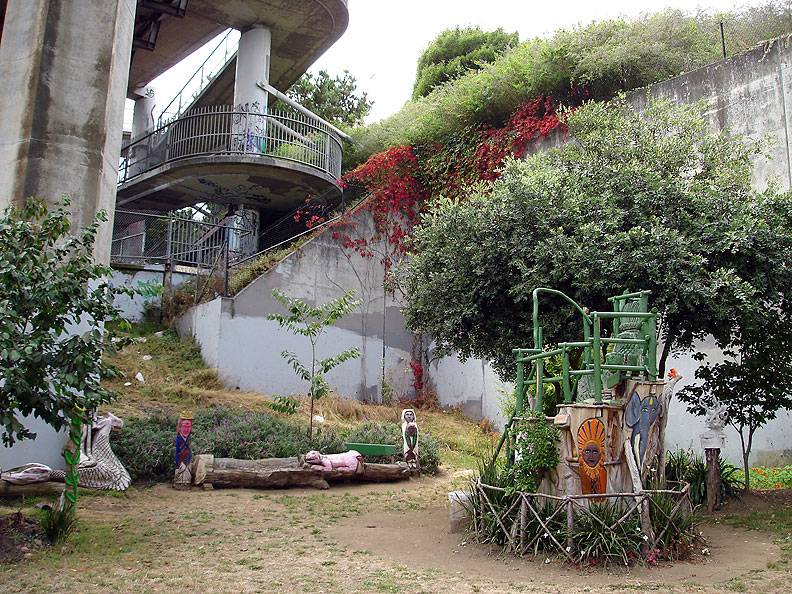 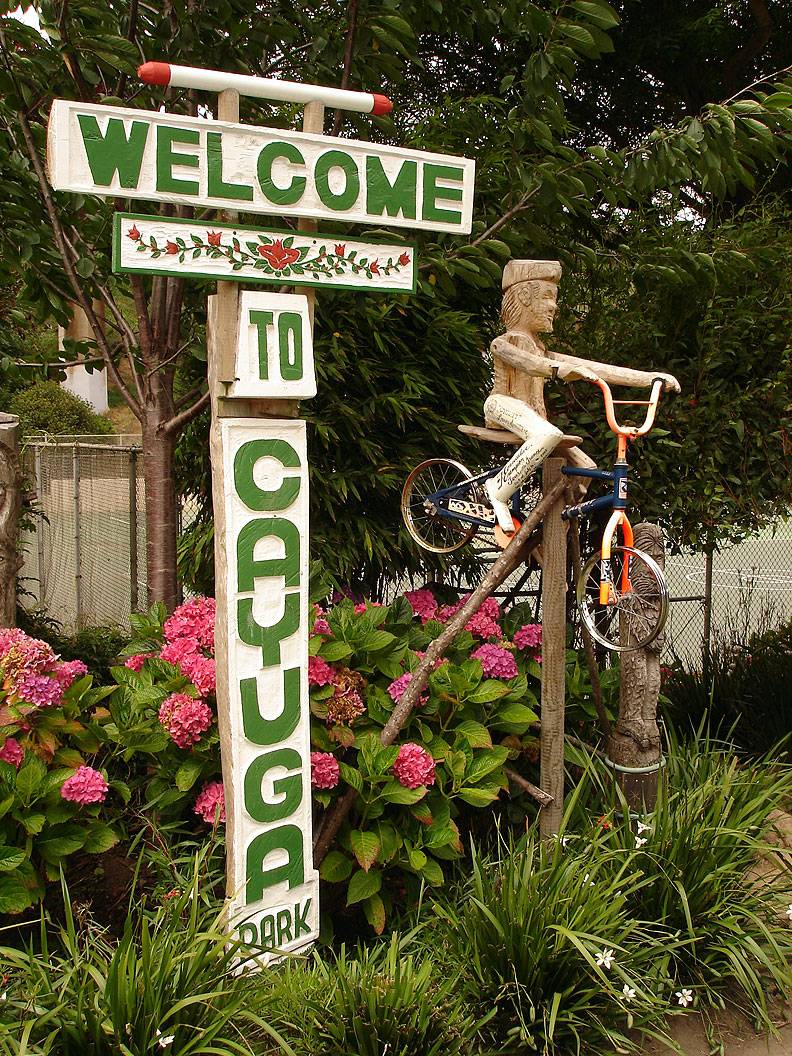 When Demetrios Braceros was assigned to change the atmosphere at Cayuga Park in 1986 by his Rec & Park Dept. employers, it had a large playing field, a playground, and a network of pathways surrounding the main field. Braceros began his work, transforming a barren landscape into a lushly ornamented park with walking trails and themed gardens that he filled with hundreds of carved figures, totem poles, and statues. Braceros found most of the wood he carved into the sculptures onsite. He also planted herbs and flowers to accompany his sculptures, creating a neighborhood oasis. His totem poles depict celebrities like ballplayer Barry Bonds and local journalist Herb Caen, as well as other musicians and athletes. He also crafted the "Garden of Eden" pathway--complete with Biblical carvings such as Moses and the burning bush, and Adam and Eve at the base of an apple tree into which was carved a big wooden snake. Braceros made carvings that pay tribute to the park's Native American namesake, and many signs which spread the message of peace, joy, and love. 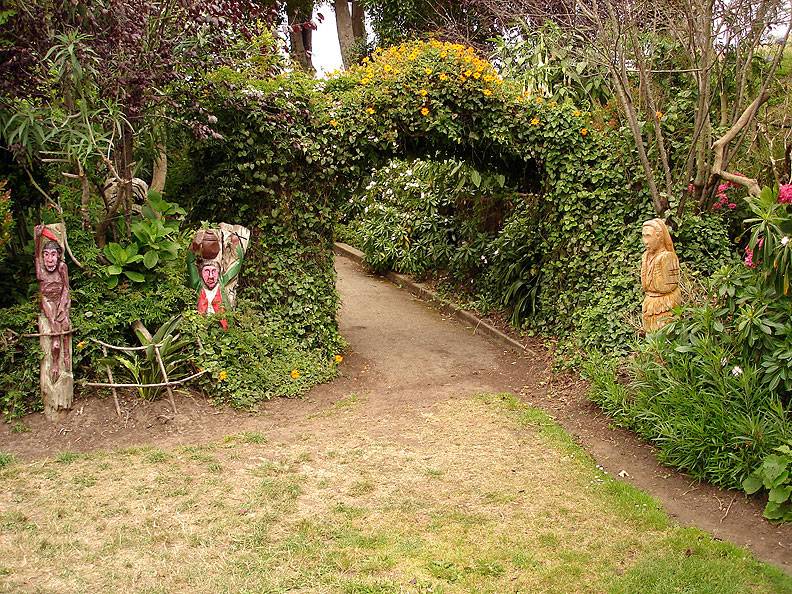 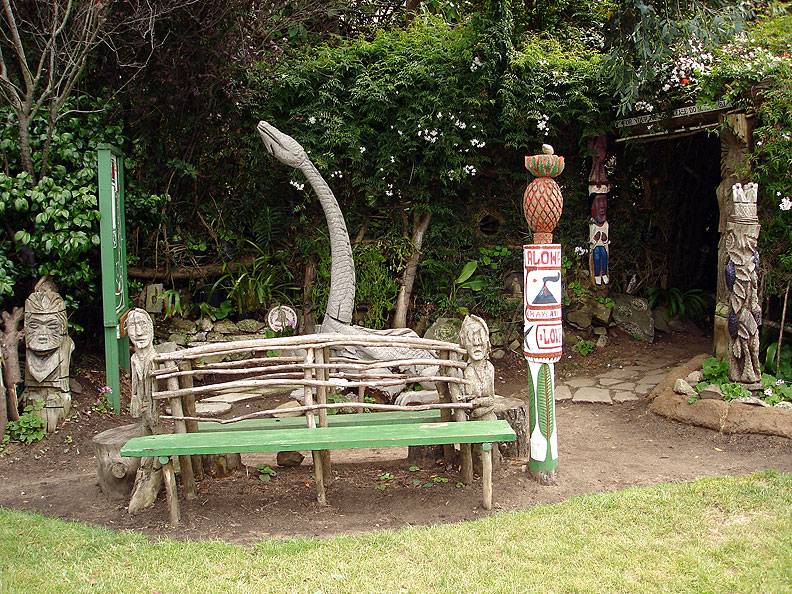 Fallen cypress trees within the park itself Braceros decidedly repurposed. For his largest work, an elevated patio, where visitors can sit, relax and view the park, Braceros used a giant tree trunk he brought in from the Presidio Park at the other end of San Francisco – but nearly all other works came from reclaimed wood found onsite. 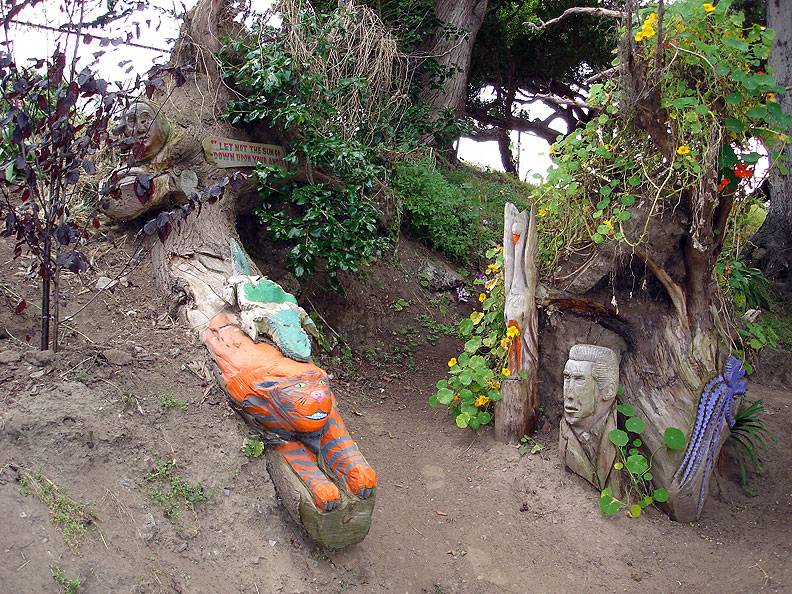 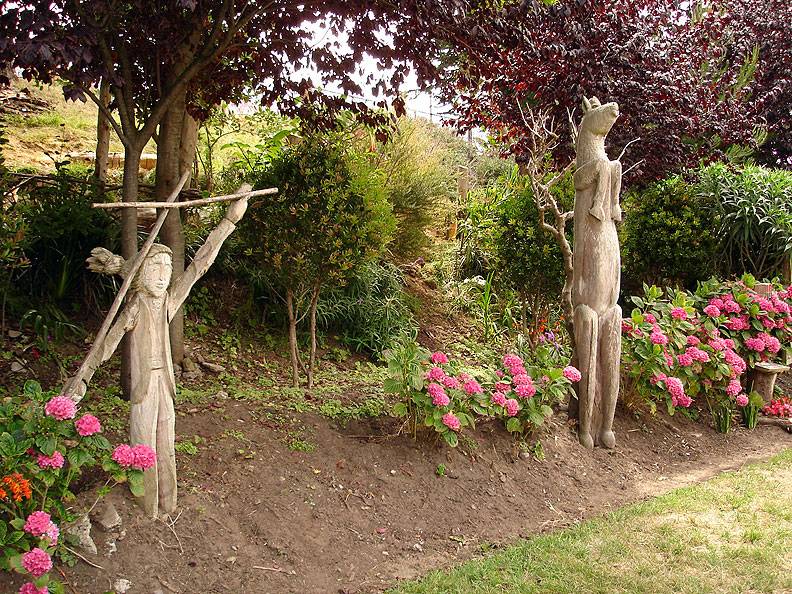 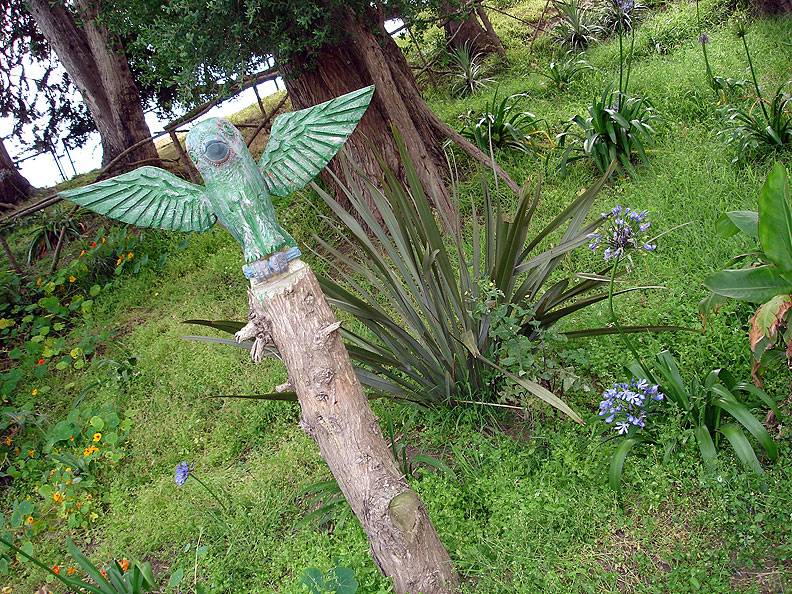 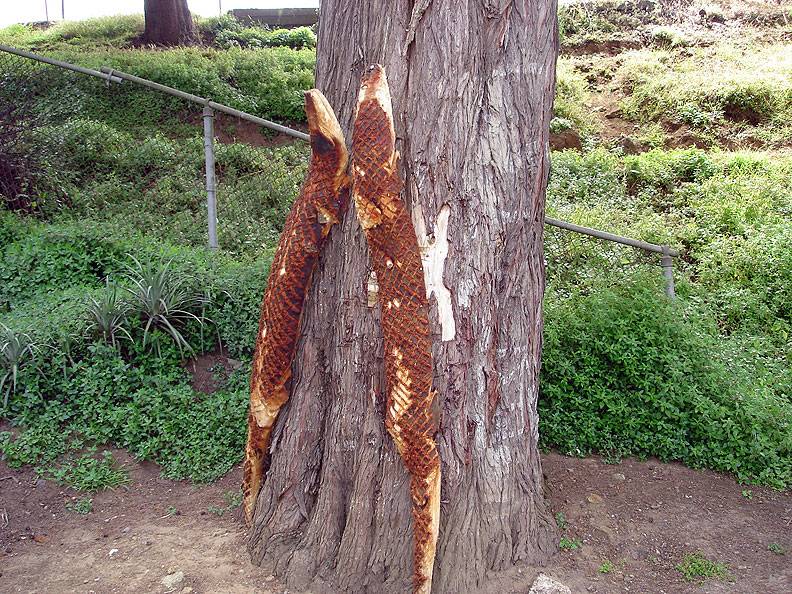 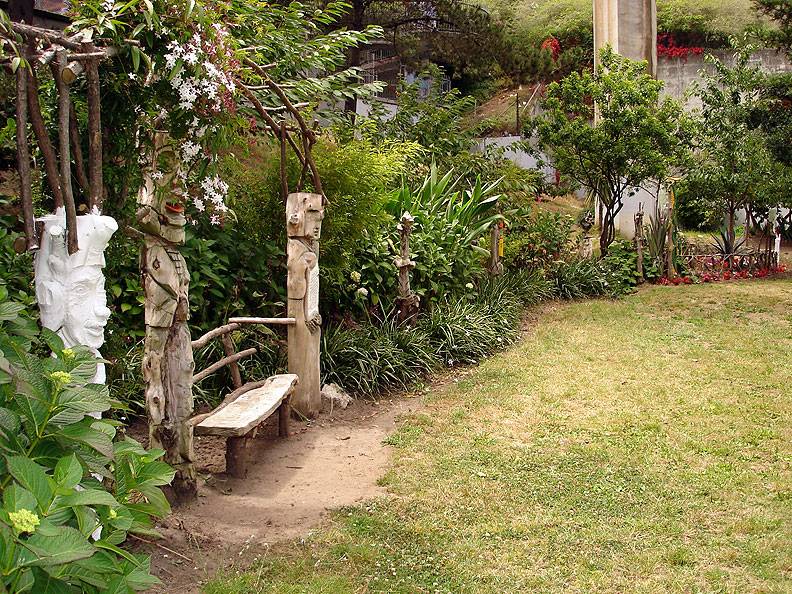 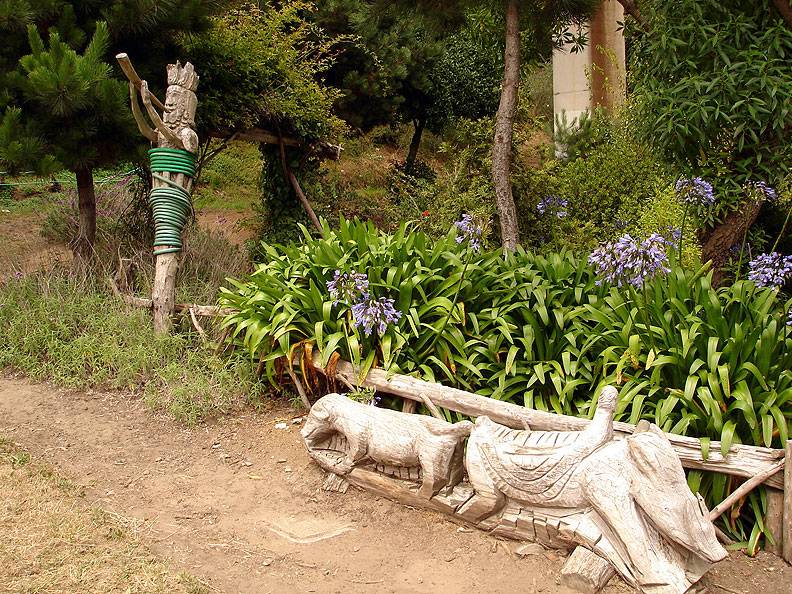 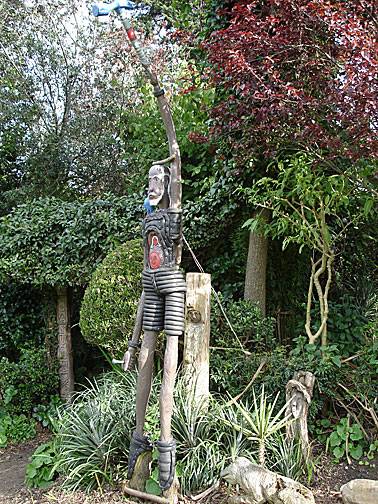 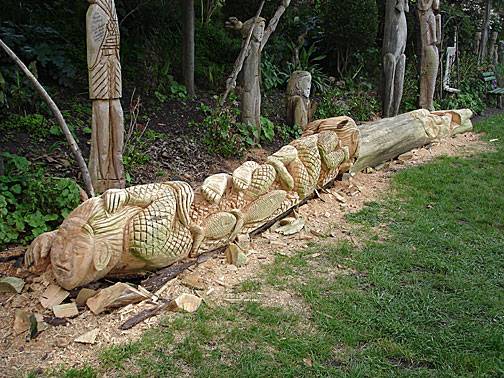