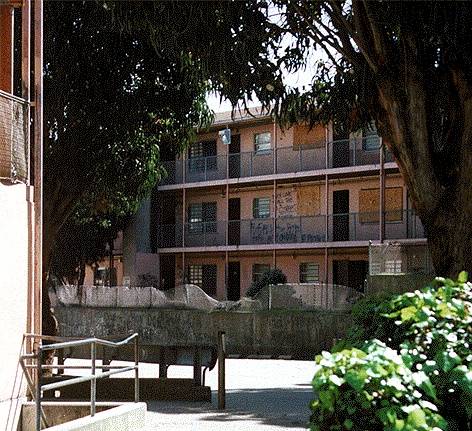 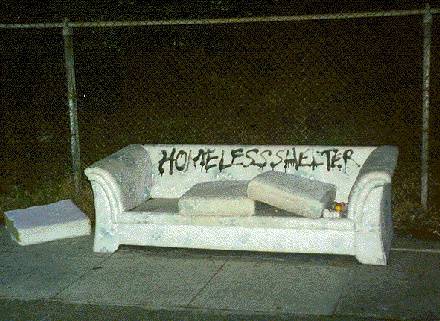 Although visible and widespread homelessness emerged unexpectedly in San Francisco in 1982, its causes are not a mystery. Consider some of the events that occurred in the preceding decade:

-- The federal government responded to these events, which also occurred in similar forms throughout America's major cities, by sharply reducing the availability of subsidized housing. Thus, as the gap between people's incomes and housing costs widened, federal housing policy failed to intervene to prevent rising homelessness.

The government's inadequate response to the increasing numbers of Americans unable to afford housing caused homelessness to increase throughout the 1980s. In 1988, under newly elected Mayor Art Agnos, San Francisco chartered a new direction in homeless policy by redirecting its resources away from band-aid efforts and toward permanent affordable housing. Since 1988, the nonprofit acquisition and construction of affordable housing with accompanying supportive services have removed thousands of people from the ranks of the homeless. Funds were provided to nonprofit housing development corporations to purchase single room occupancy hotels for low-cost permanent housing for homeless persons.

The nightmarish hotline hotel system was dismantled and replaced by a Modified Payments Program that provided permanent housing to General Assistance and SSI recipients at below-market rents. This focus on reducing homelessness by providing affordable permanent housing was embodied in "Beyond Shelter," a blueprint for San Francisco homeless policy that became a national model.

Although Agnos' new course represented an essential starting point for addressing widespread homelessness, the public was losing patience over the ability of government and the persistence of poor people on city streets. Agnos responded to this pressure by promising to end homelessness by the end of his term, and by closing down camping in Civic Center Park. The Mayor's toleration of a campground outside City Hall cost him politically and weakened support for his homeless plan. The Mayor got an unexpected boost for his homeless policy when the October 17, 1989 earthquake brought $10 million in Red Cross funds.

Agnos convinced the Federal Emergency Management Agency (FEMA) and the Red Cross that the earthquake had caused $10,000,000 in damages to the city's homeless program. Agnos then used these funds to purchase two large facilities to serve as homeless "multiservice centers." The centers became the focal point of Agnos' contention that homelessness would soon be gone in San Francisco.

Frank Jordan's mayoralty sought to transform homelessness from a housing to a police issue. Through various ballot initiatives and his controversial "matrix" program, Jordan sought to reduce homelessness by encouraging poor people to leave town.

This approach had failed under Mayor Feinstein, and Jordan's strategy met a similar end. While Jordan's political advisers had assumed that the Matrix program--in which homeless people were routinely arrested--would lead the Mayor to re-election, polls taken during the 1995 mayoral campaign gave Jordan low marks on addressing homelessness.

The persistence of widespread visible homelessness for nearly fifteen continuous years has led many San Franciscans to erroneously conclude the problem's unsolvable. Mayor Willie Brown's approach to homelessness will be seen in the years ahead.