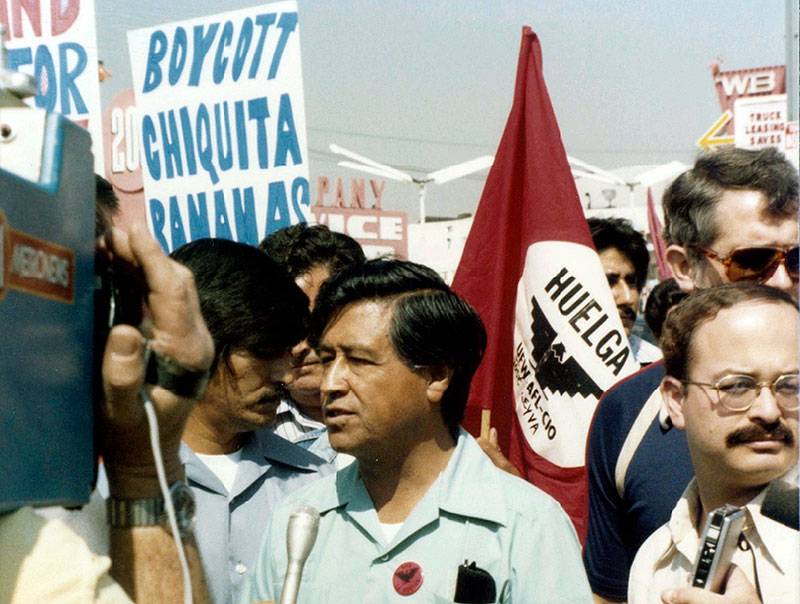 Cesar Chavez at the 1965 grape pickers strike in Delano, California. 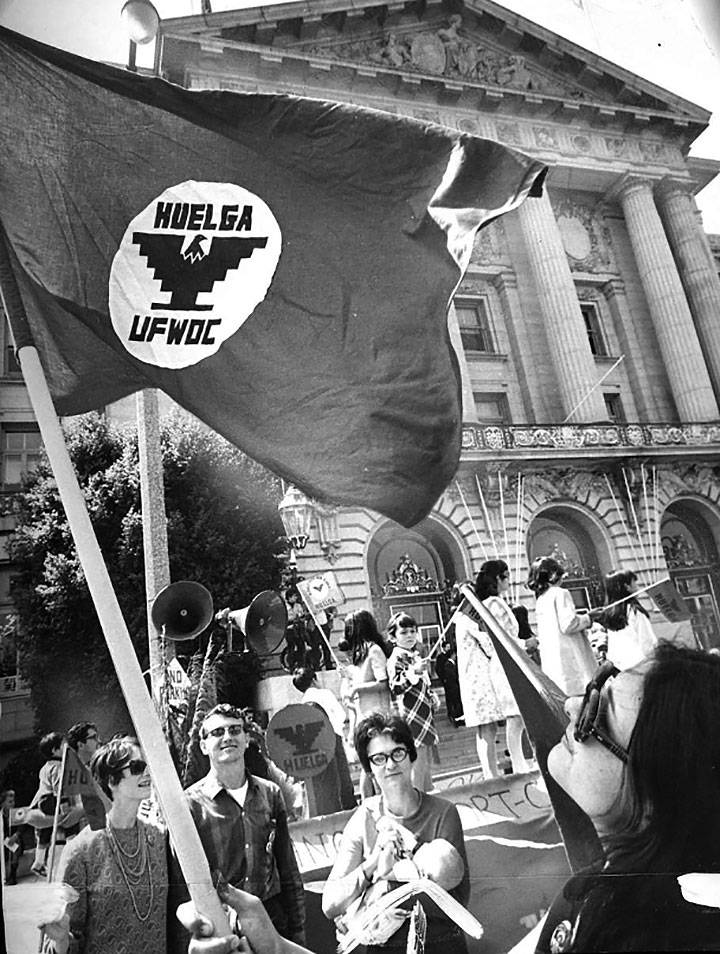 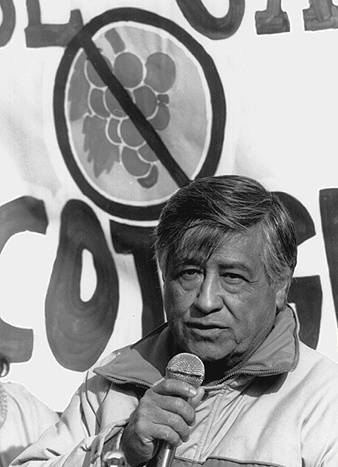 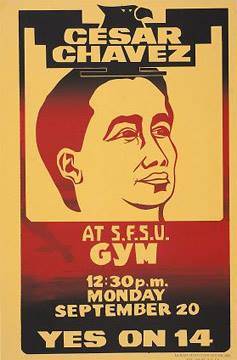 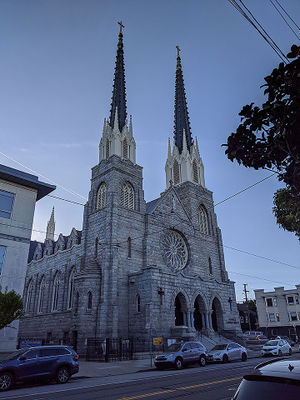 St. Paul's Church in Noe Valley, were the UFW had a collective of full-time urban organizers in the nunnery in the 1970s.

Though San Francisco may be a long ways off from the hot and dusty fields of Coachella and Delano, the City by the Bay has always had a close and congenial relationship with Cesar Chavez and the United Farmworkers Union. Cesar came to the City often, where he could rely upon a strong supportive community of Latinos, radicals, unionists, and other progressives. When the grape strike, and then the lettuce strike was in full swing, and he saw the violence perpetrated on the striking workers, he introduced what he called "the double whammy" of the strike and boycott weapons. To complement the strike actions in the fields, the UFW embarked on a major effort in the cities to enlist consumers in the fight, by refusing to buy scab grapes and lettuce. The UFW could count on San Francisco consumers to help. For many years UFW pickets could be found obstructing traffic at large retailers of scab produce, such as Safeway Stores and Lucky Stores. San Francisco produce terminal workers would often refuse to unload scab produce as well. In addition, the city's growing network of community co-ops would support the union by selling UFW-picked produce. In the 1970s, the Farmworkers had a collective household of full-time urban organizers in the nunnery located in St. Pauls church at 29th and Noe (coincidentally, the same church featured in the Whoopi Goldberg movie "Sister Act.") 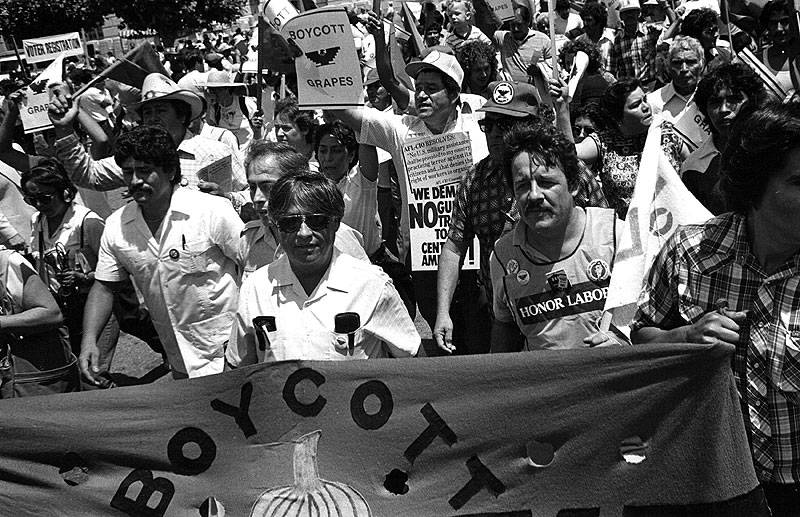 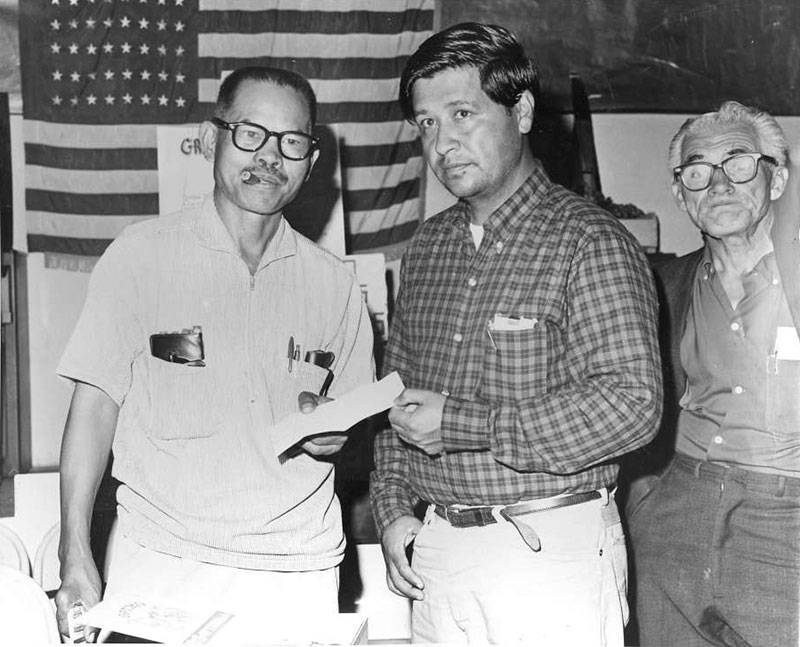 Larry Itliong of the Agricultural Workers Organizing Committee and Cesar Chavez when they joined together to found the United Farm Workers Union.