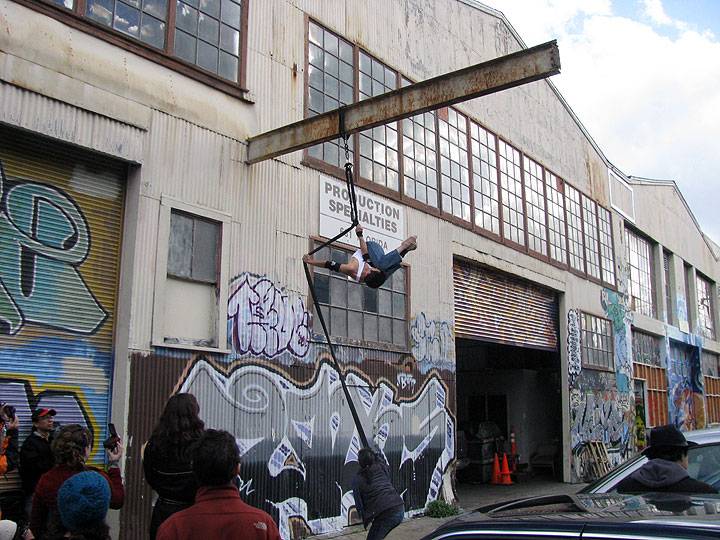 A Kearny Street Workshop dance performance on the outside of CELLspace, 2010. 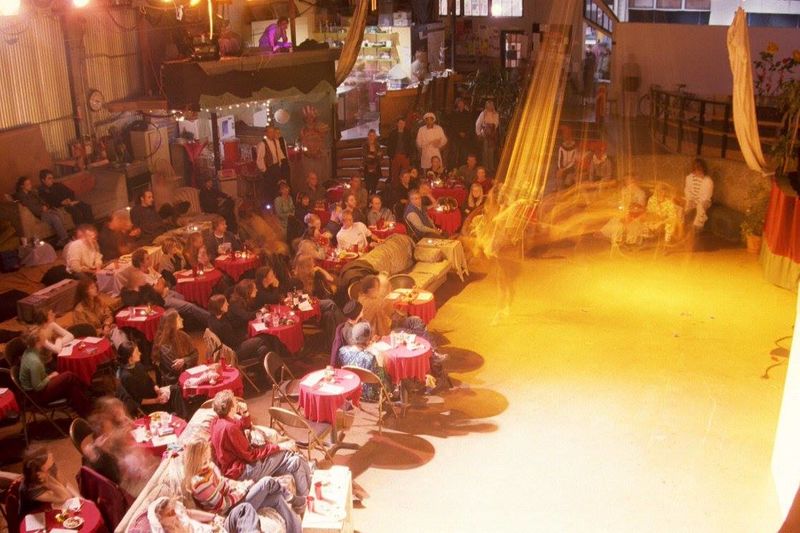 The old clown pulled a stale cigarette from a crumpled pack. He had come back to visit her as she lay here on her deathbed. It had been years since they first met and though he was still a clown, he was worn and kind of funky. He had not been a clown when he met her but like so many others he became one in her presence. Though always with a look behind his face paint that said perhaps this clown had seen things that were not so funny…

He scrunched out the cigarette butt into an overflowing ashtray and got out of his clown car. The markings on her skin like graffiti were still bright and fresh but as soon as he got close he could sense the end was close for her. Hello, old friend, he thought as he entered and stooped to lay his hands on her floor roughened by the feet of so many. He then rose and ran his hand over the thick grey steel of her bones. These bones could carry way more weight than her frail frame now had to offer but in days past they had supported more weight than could be counted. From tank turrets to traipse, banners of protest, rigging and lighting gear of all descriptions.

He looked upwards and remembered her on those warm mornings where the rays of the sun through her skylights tickled his face and made him laugh. He also remembered how many times she had laughed in his face as she kicked him in the balls…

She meant so many things to so many yet he knew her in ways no one ever had. Over the years he had crawled into every passage that his slight frame would fit into for some repair or another. He had labored and spilt his own blood keeping her veins and arteries of plumbing and electrical going. And that dirt… There was no way to love her without embracing the filth that seemed to be uncleanable. No matter how much sweeping he did she was dirty the next day. No matter how many times he washed his hands she made them dirty again…

Yes, she had made him and broke him. She had known so many and so now he knew so many. So many faces he had seen. He had so many words here. Come in, it’s five dollars, It’s free, I need you to leave…

He remembered the fabulous nights and the lessons of each day within her 10,000 square feet. His lip on the right side curled up and twitched a little and his eyes narrowed with pleasure. Fucking time he mumbled to himself, why can’t we make it move backwards…

He reluctantly turned to leave her one last time. As he got back into his little clown car he knew that he would more than likely never meet another her type in this town again. She was a thing of another time…

CELLspace…. I will speak your name forever… 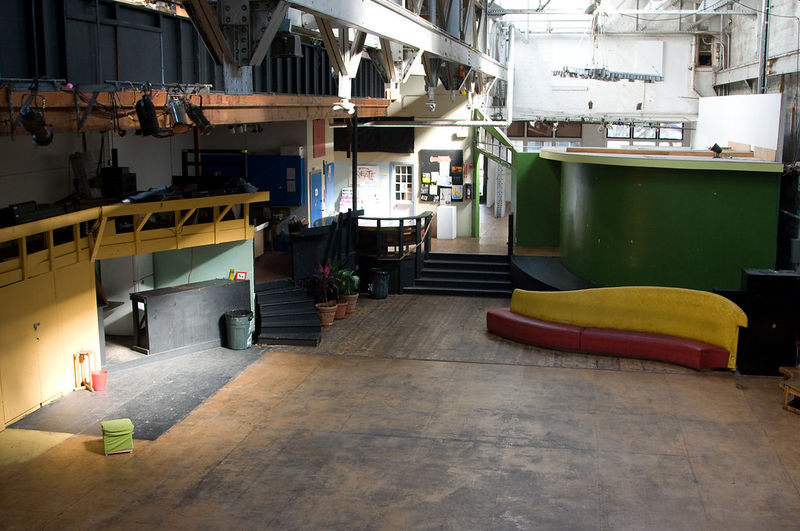 CELLspace main area from the loft. 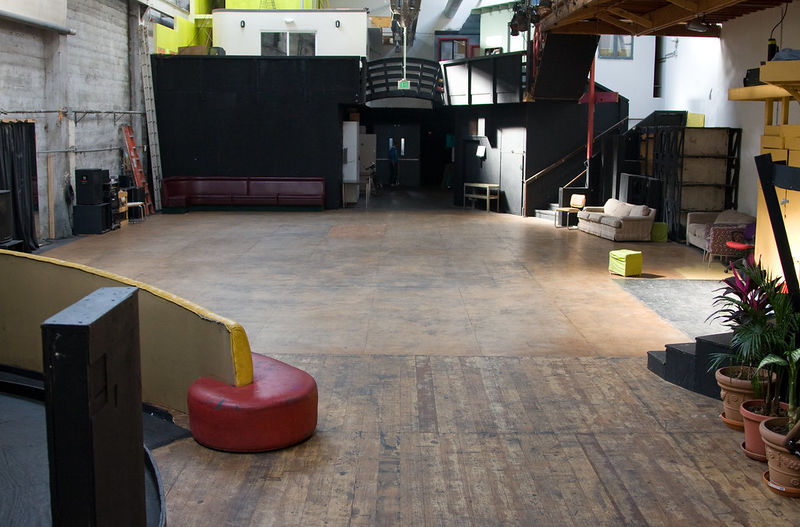 The circular logo of CELLspace adorning one of dozens of murals (see below) along the Bryant Street facade towards the end of the building's life as an art space.

The following images are details of murals along the Bryant Street walls of Cellspace. 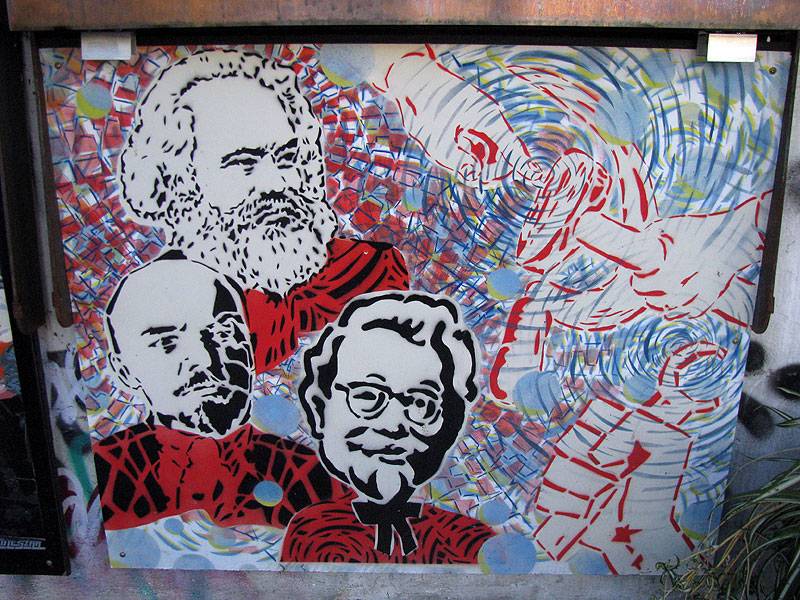 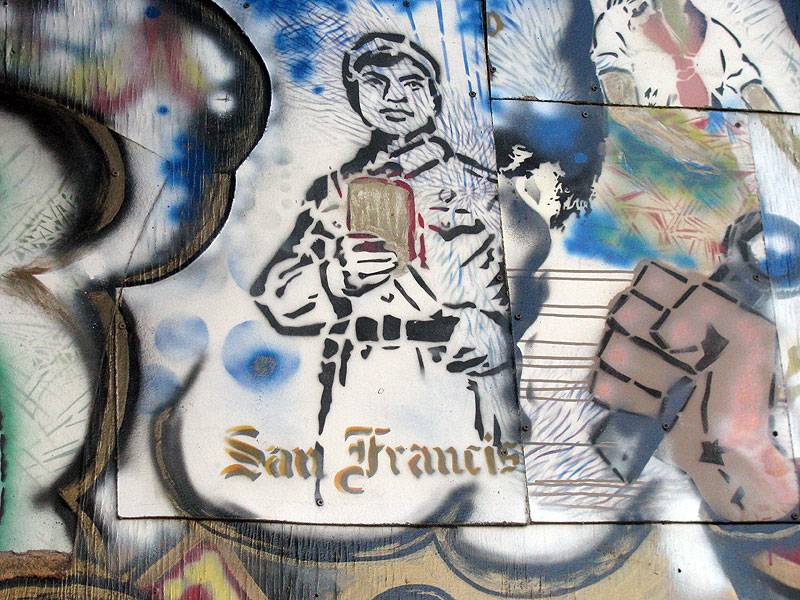 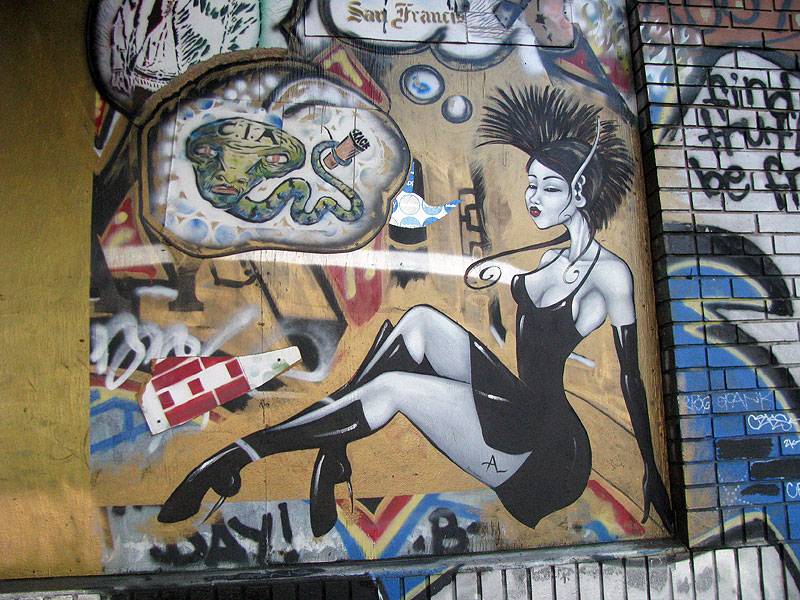 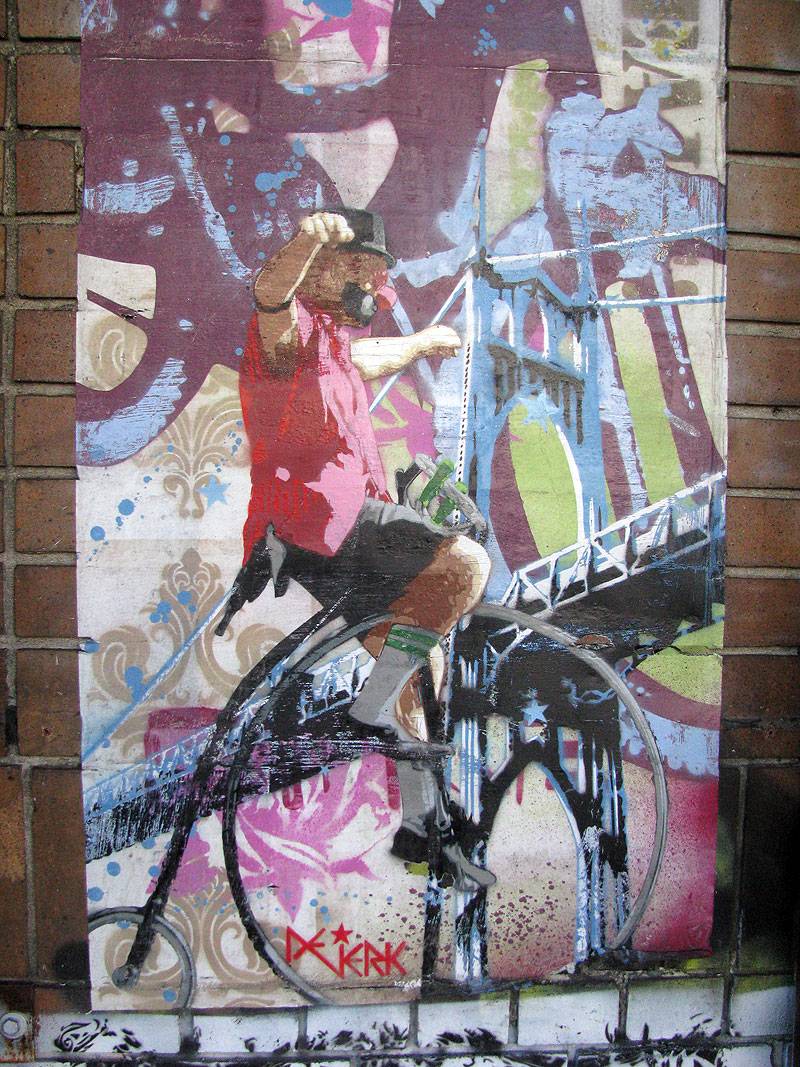 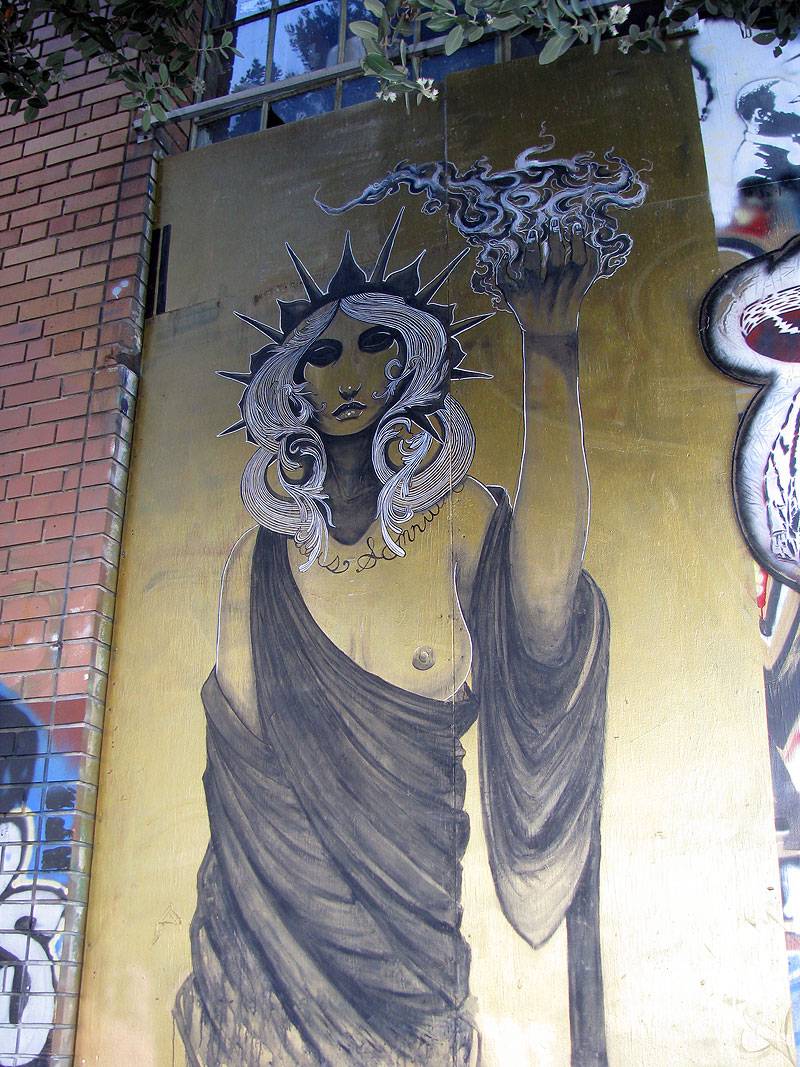 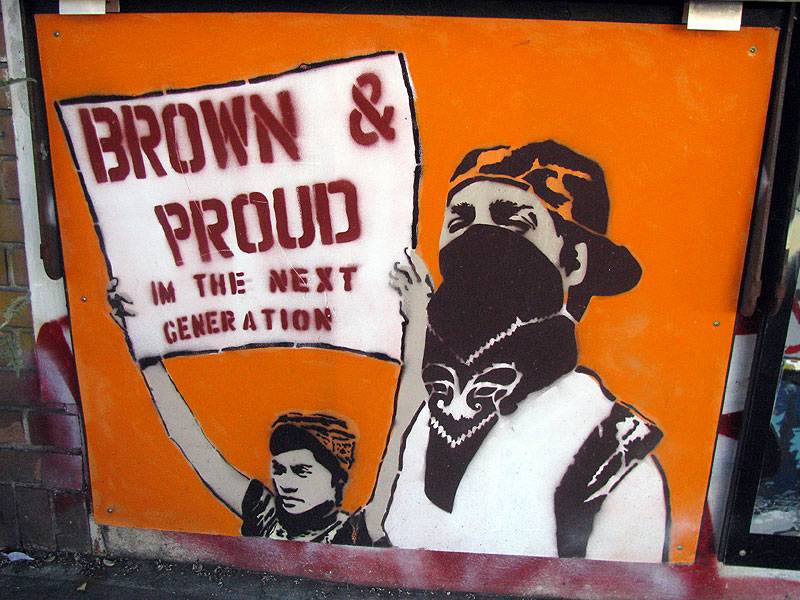 from Patrick Jaochico on Vimeo

CELLspace was a vibrant artists' space in a large warehouse on Bryant Street, between Mariposa and 19th Streets. It was founded in 1996 and lasted until the early 2010s. Then a developer finally bought out the building (including the adjacent space dedicated to the American Conservatory Theatre's props and costume storage) and the longtime San Francisco Auto Repair shop that uniquely held auto repair shops for beginners for many decades at the corner of Mariposa and Florida, and by 2020 had erected a massive 5-story apartment building on the site. 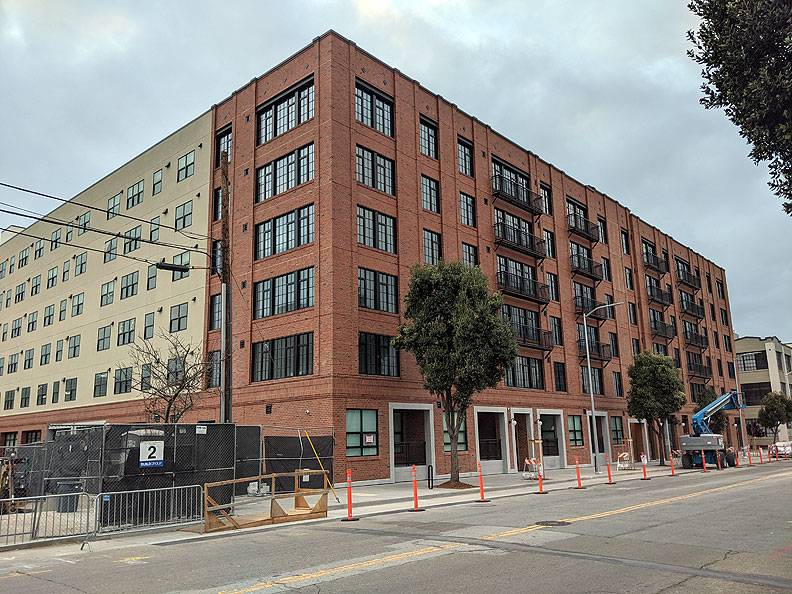 New apartment building nearing completion at Bryant and Mariposa on the old site of CELLspace, 2020.