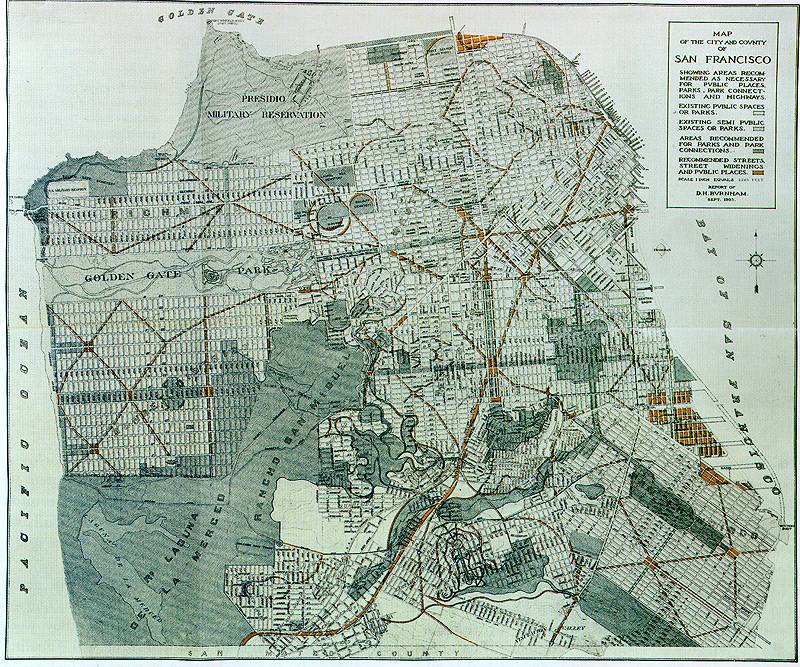 Map of the Burnham Plan 1905. Notice the broad avenues and central meeting points. 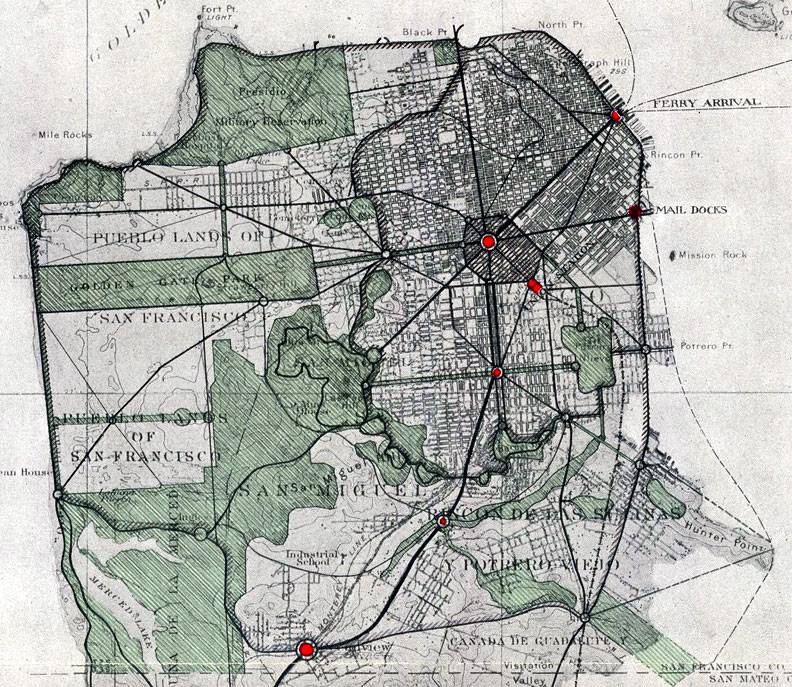 Another version of the Burnham Plan's reorganization of urban arterials and street patterns.

Daniel Burnham, the most prominent city planner of the day, made his first reputation with the development of the Chicago skyscraper, then forged an even greater reputation as the overall coordinator for the Columbian Exposition. After the exposition, he specialized in city plans, notably Washington, D.C., in 1902, the Cleveland Civic Center in 1903, and Manila in 1905. His plan for San Francisco was, by Burnham's own admission, primarily a plan for streets and parks. "A city must ever deal mainly with the direction and width of its streets," he said, and his plan for San Francisco revealed an infatuation with redrawing streets and creating new diagonals and circular intersections, with the basic patterns borrowed from Pierre L'Enfant's plan for Washington, which Burnham had refurbished shortly before, and from Paris. Parks held almost equal importance; he envisioned a San Francisco in which fully one-third of the entire land area would be parks. At the center of Burnham's vision was a monumental Civic Center, to include the existing City Hall and Post Office, and a new Union Station and opera house.

Burnham's plan gave extensive treatment to streets, parks, and views, but other elements were either missing entirely or mentioned only in passing. He planned parks on the assumption that San Francisco would eventually have two million residents, but said little about planning housing. "The residential districts," he noted cavalierly, "develop as necessity demands." His only attention to the quality of housing focused on appearances; he suggested planting trees and vines to cover up what he considered "dreary stretches of inharmonious architecture" and "incongruities of facade"--apparently a reference to San Francisco's then-old-fashioned, but now-esteemed, Victorians. He devoted less than two pages to the economic life of the city, limiting himself to summarizing existing patterns and likely extensions of them, but presented no real planning for the city's economic future. All in all, his master plan was not economically feasible, not practical, not even very original. Monumental in its assumptions and objectives, however, it may be best understood as a lesson in both beauty and order. 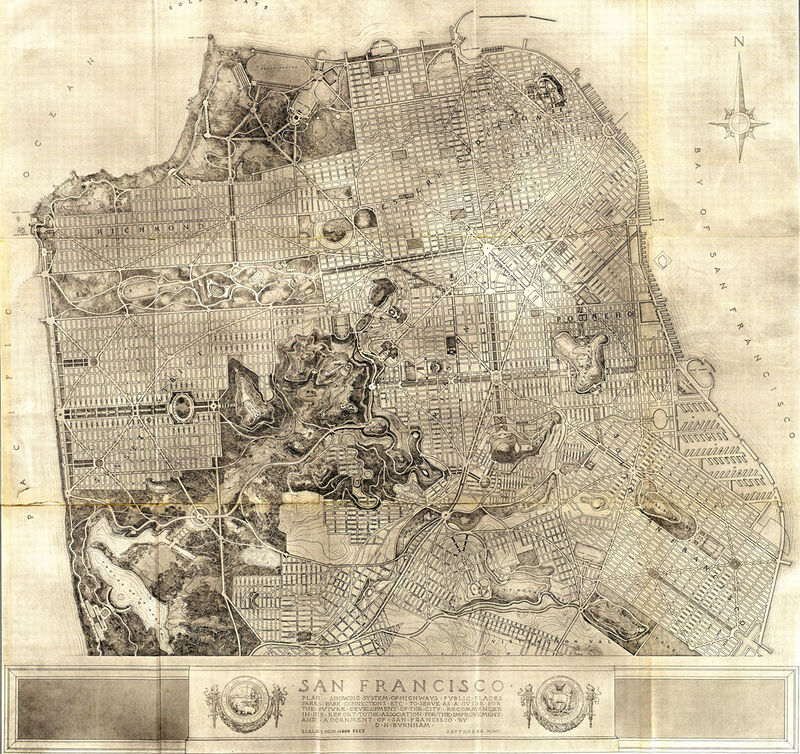 Another rendition of the original Burnham Plan map of 1905. 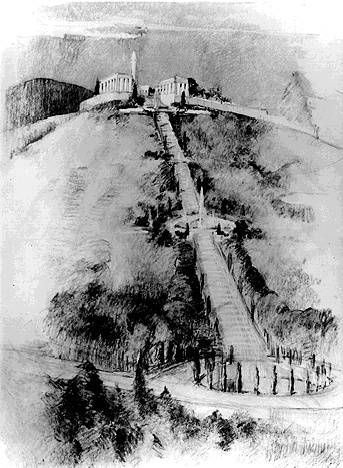 The Burnham Plan would have built a huge staircase straight up from the Castro to the top of Twin Peaks.

The proposed Athenaeum at the top of Twin Peaks.

Two images of the approach to Twin Peaks.

Islais Creek park, which might have resembled Rock Creek Park in Washington, D.C. had it come to pass.