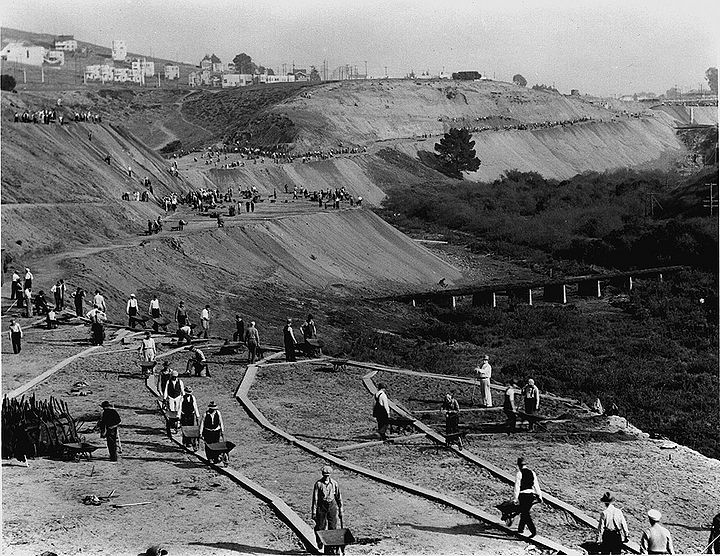 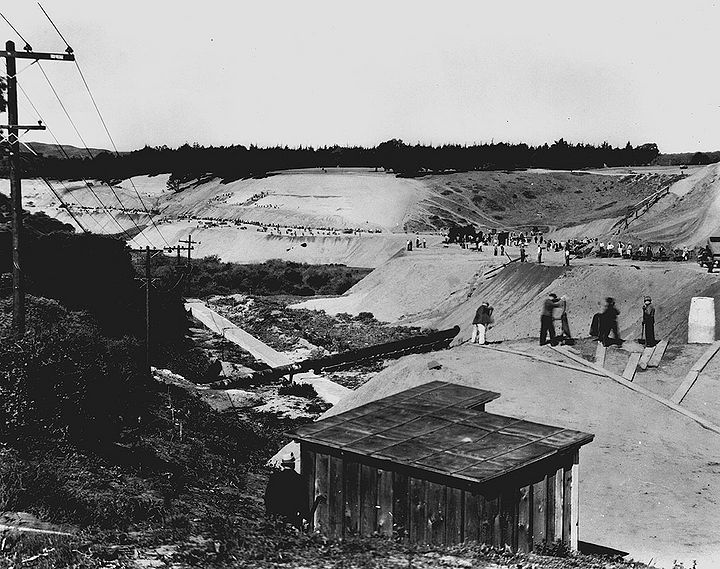 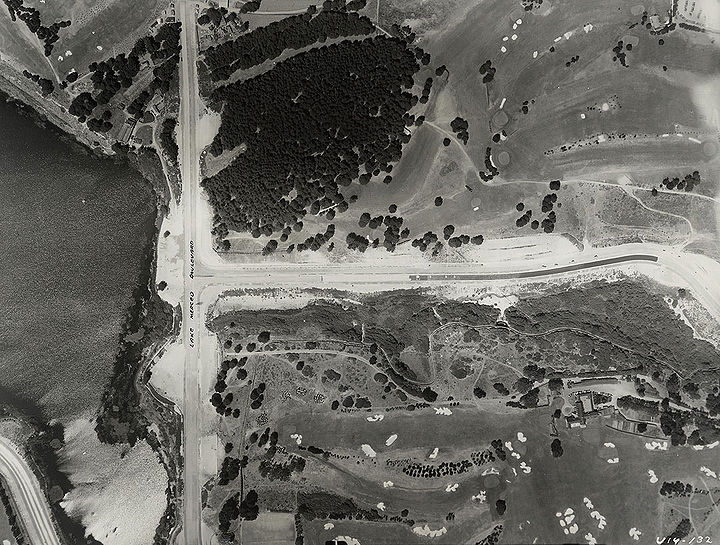 Aerial shot in 1938 looking down on Brotherhood Way where it connects to Lake Merced Drive, photo by Harrison Ryker. 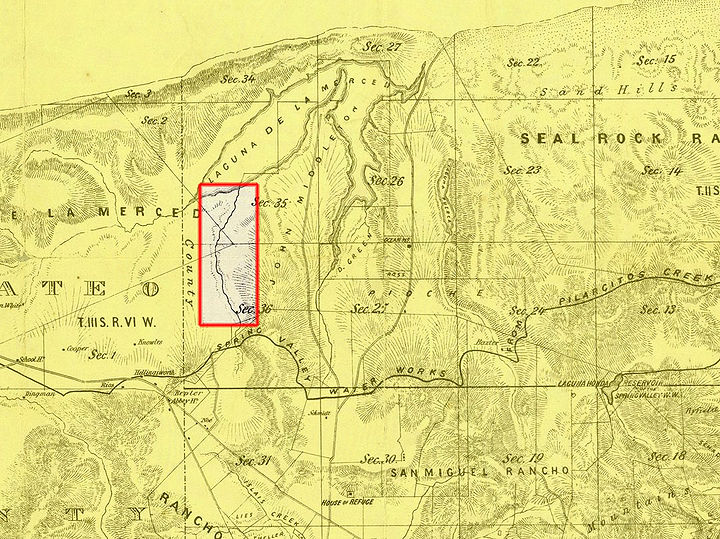 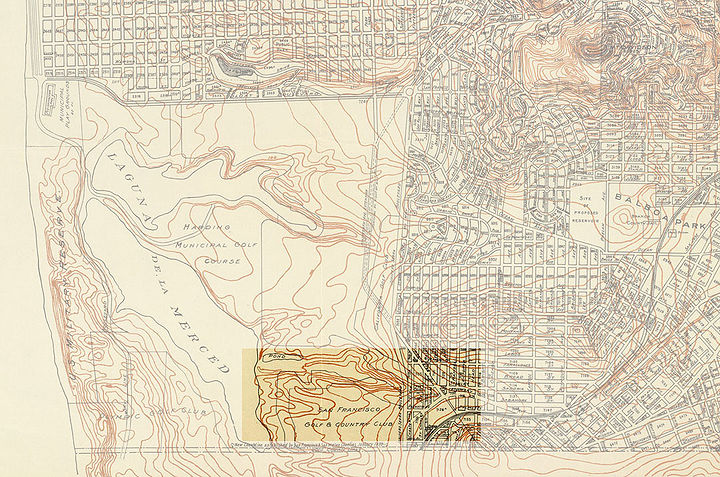 1929 Board of Public Works map showing gully that five years later was altered by WPA project to create Brotherhood Way. 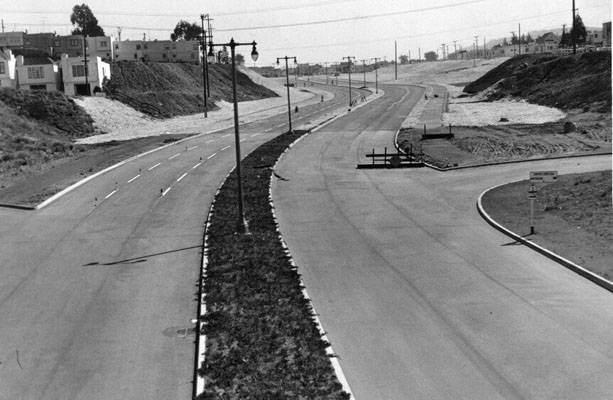 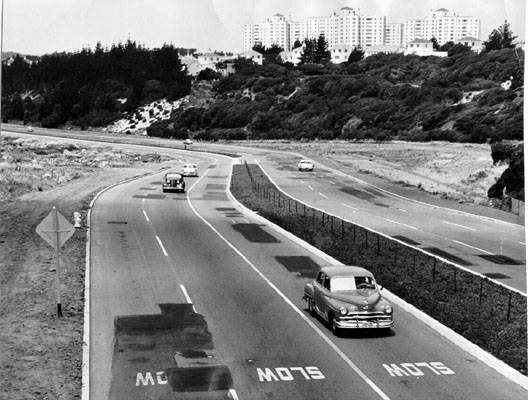 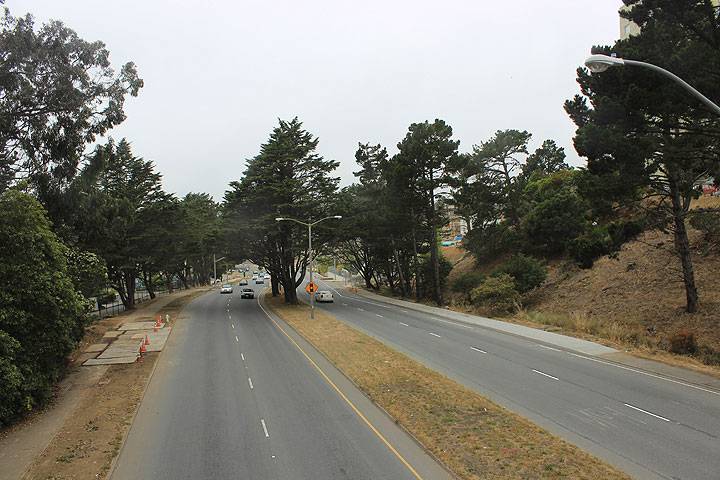 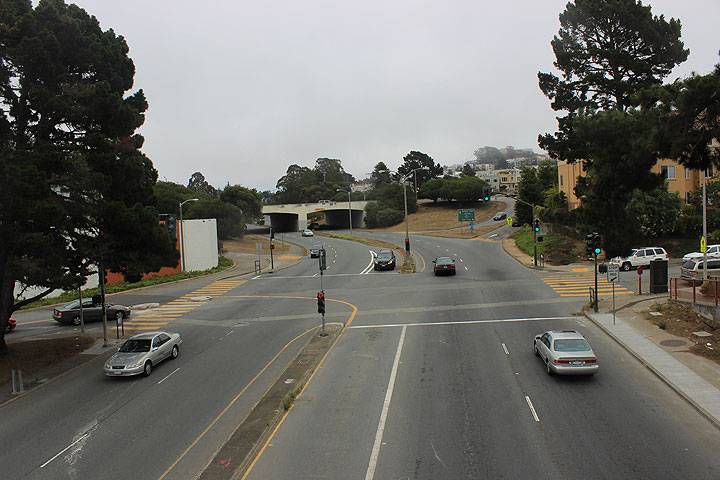 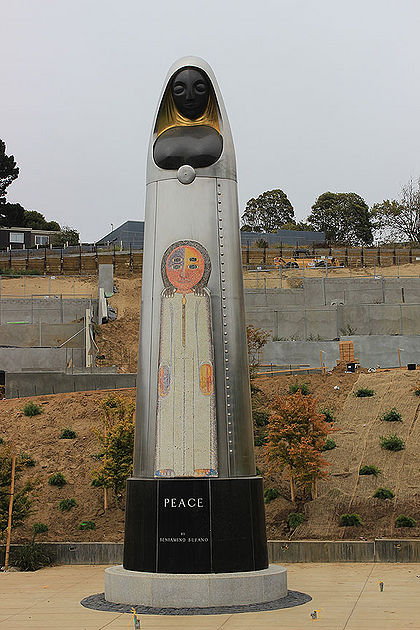 One of many Beniamino Bufano sculptures around San Francisco, this one on his favorite topic: Peace, installed along Brotherhood Way. 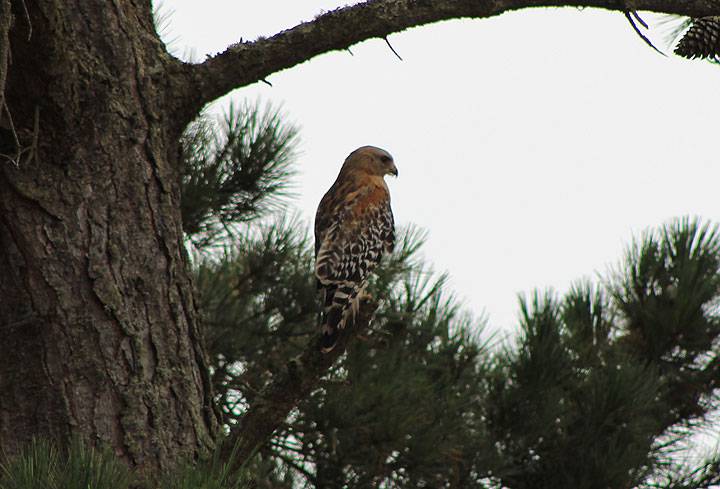 Amidst what was once sand dunes and a creek gulley, today are many Monterey Pines and other introduced tree species, which in turn have attracted wildlife that didn't have much habitat in this area once upon a time.