Our teachers in our grammar school, Bret Harte, located on Third and Ingerson, not only taught us children from a variety of ethnic backgrounds the 3 R’s but the importance of being a Californian. It was natural for us to feel alienated from the rest of America. Though born here, we identified ourselves in terms of our parents’ origins. Besides, we could not relate to the children in the books we read. They went barefoot during hot summers, unimaginable in San Francisco where the temperature hovered in the ‘60’s almost all year. In the winter they either huddled around fires or had fun playing in a white world, building snowmen and throwing snowballs. At Christmas Santa brought them sleds and ice skates. We didn’t see snow until one miraculous winter day in the early thirties. Looking out at the rain we noticed the drops were white! Snow!. Sniffing the unfamiliar cold air, we tried to catch the soft flakes but they melted as they touched ground. We were in a high state of excitement. Suddenly we belonged to the world known to us only through our books. 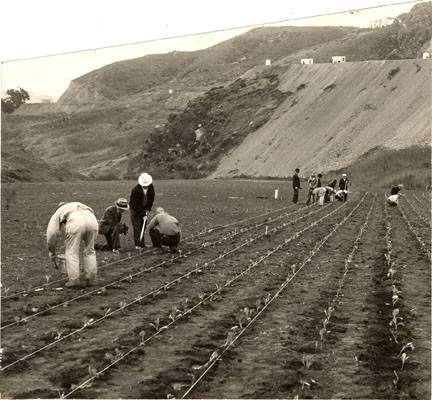 Like children everywhere in America, the first thing we did before class was to assemble in front of the flag pole which stood in the concrete yard between two buildings--kindergarten to second grade on one side, third to sixth on the opposite. And like every school child throughout the nation, we recited the Pledge of Allegiance. But we didn’t stop at “...for liberty and justice for all.” Instead, we chanted a pledge to California. It was such a part of the daily routine that I can still remember most of it after more than seventy years. It started with “I am a California child, I love this Golden State. Its mountains high, its valleys wide, its people good and great. I love those grand old pioneers who made us what we are…”For a long time I didn’t understand the last two lines and made up my own-- “smile, smile, smile, smile, engaged to So-fee-Yah!” I knew it didn’t make sense but I was too embarrassed to ask anyone for an explanation.

During singing period we sang a lot of John Phillip Sousa marches. My favorite was “Columbia, The Gem of the Ocean.” Then came the California songs: “Poppies, Golden Poppies,” “North, north, north in California”, this one celebrating our part of the state as opposed to the foreign Los Angeles area. Our favorite was “I Love You, California,” which started out with the declaration that it was the greatest state of all. Though we sang it all during the 20’s and ‘30’s it wasn’t until April 26, l951 that the State Legislature adopted it as the official California State Song. The last line of the first chorus, “And I know when I die /I shall breathe my last sigh/for my sunny California” never fails to move me. We also sang songs that must have been popular during World War I , such as “There’s a long, long trail awinding…” and “Just a Song at Twilight,” all rather depressing for a class of lively children. 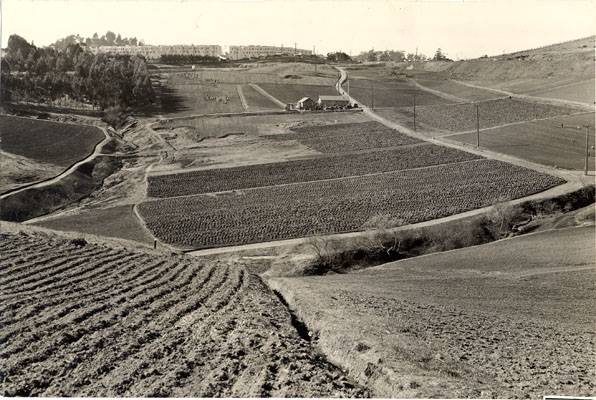 When I transferred to the 7th grade at Portola Junior High I was surprised to learn that the Pledge of Allegiance ended where it did. Not continuing with the California pledge left an unfinished feeling, comparable to the sensation one has when one puts down an apple or cookie with one bite left and then can’t find it. The mouth knows it wasn’t finished and demands it be found. I wondered if by crossing myself and saying “amen” the emptiness would be satisfied.

I don’t know anyone who doesn’t remember the lyrics to “I Love You, California,” but I haven’t met a San Franciscan who went to school when I did who remembers having recited the “I am a California Child.” Curious as to its origins, I wrote to the principal at Bret Harte at the new location on Gilman. Unfortunately they had no records from the old school that might help. On the chance that it might exist out there in the wonderful word of the Internet I entered it in the computer. To my amazement and delight I was connected to the web site of the Johnson Park Elementary School in Marysville (Yuba County). Listed were the lyrics in their entirety! I could fill in the “smile, smile” segment with “...and brought to us a glorious state/our nation’s brightest star.”

There being no e-mail address I wrote to the principal requesting the name of the author, where the pledge was recited and when it was discontinued. The answer was not long in coming and it was disappointing. No one seemed to have any information as to its origin and, in fact, the lyrics will be dropped from their revised web site. I was lucky to tap into their site when I did. I may have to resign myself to being the only living Californian who remembers—or cares! 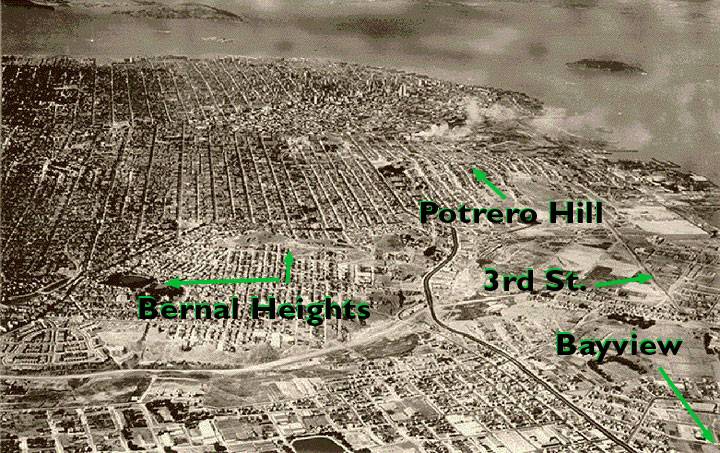