The 1925 Beach Chalet, designed by Willis Polk, features a beautiful series of murals painted during the Depression-era Works Project Administration (W.P.A.) by Lucien Labaudt. The Chalet had fallen into disrepair but was restored and re-opened in 1997, once again offering dining and drinking, as well as the original murals, also restored. 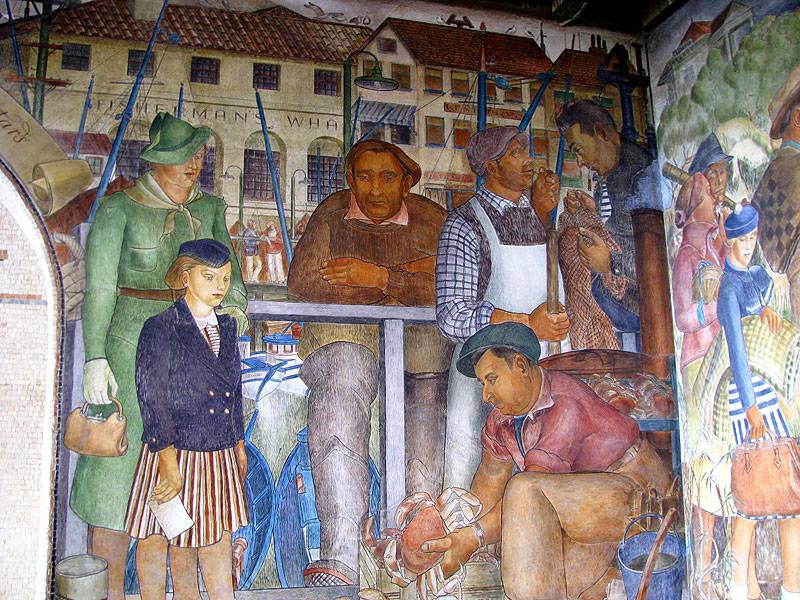 One of Lucien Labaudt's original murals, a crab fisherman offering one of his catch at Fisherman's Wharf.