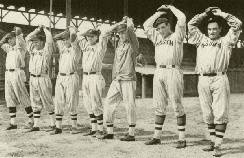 Starting pitchers of the Vernon Tigers (aka the Missions) (1935).

1926--A second team comes to San Francisco, formerly the Vernon (S. California) Tigers franchise, led by former PCL President Bill McCarthy. During its tenure in San Francisco, the nickname was alternately the Missions Bells, Reds, Monks and simply Missions. The team was consistently outdrawn at the gate by the Seals. It tended to associate itself with the Mission district, generally acknowledged as a lower class area, until it moved back to Southern California in 1937.

1920s--A golden decade of San Francisco Seals baseball, as the team dominated the Pacific Coast League, winning pennants in 1922, 1923, 1925 and 1928. Hall of Famer Paul Waner first plays for the Seals in 1923. The 1925 team featured Lefty O'Doul and Tony Lazzeri, with Paul Waner hitting .401, then sold to the Pittsburgh Pirates after the season. 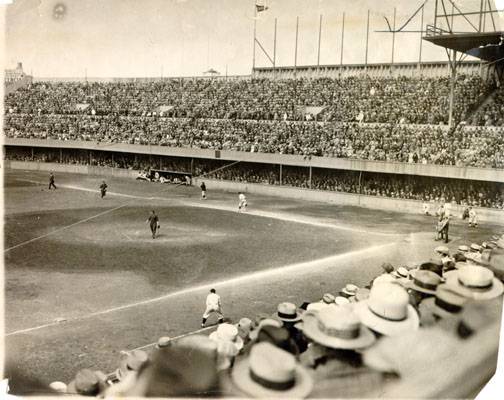 1929--The Seals sell Lefty Gomez to the New York Yankees. 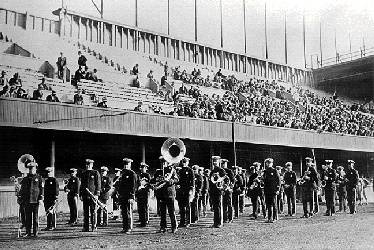