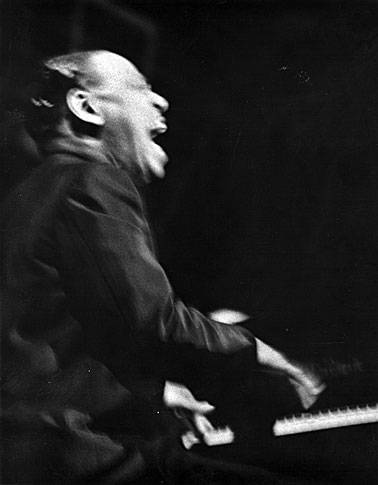 During the roaring prohibition-era 1920s, San Francisco's Tenderloin was a bustling center for all sorts of legal and illegal activities. Always an open vice town, San Francisco was said to be 85% "wet" during prohibition, and the major destination of west coast-bound contraband liquor shipments. 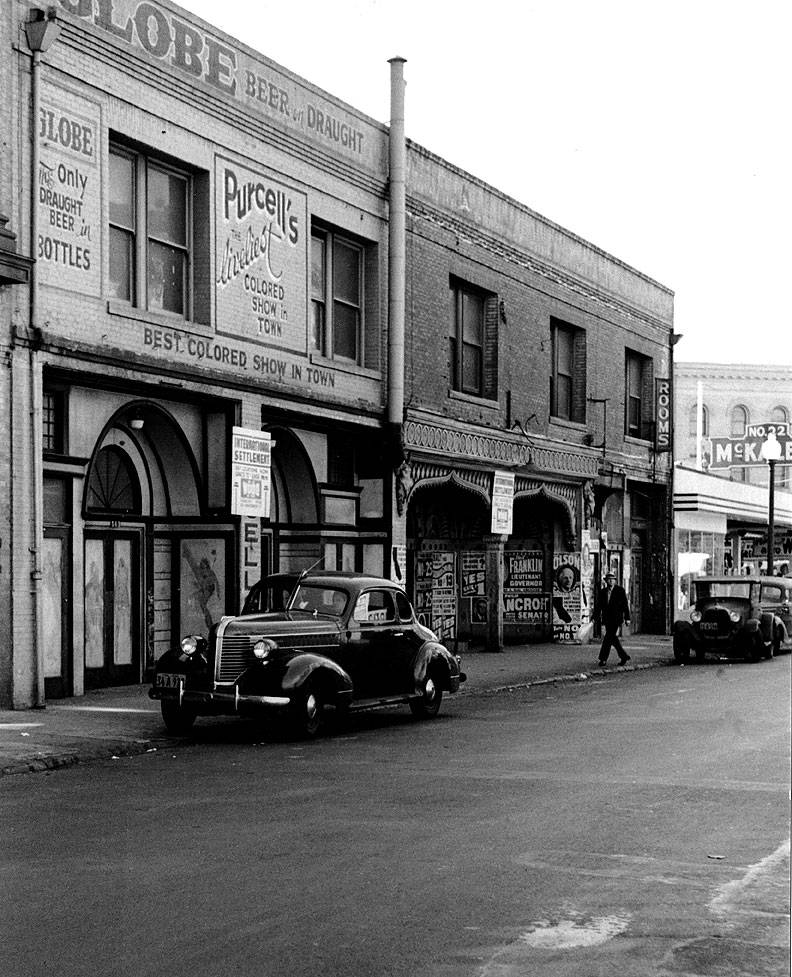 Purcells on Pacific Avenue in the Barbary Coast, c. 1938.

Black-owned jazz clubs (Purcell's on the Barbary Coast, and Lester Mapp's place on Townsend) became the center of illegal consumption, and all sorts of off-limits behavior such as racial intermingling. Douglas Daniels in Pioneer Urbanites suggests that San Francisco is the home of "jazz," emerging from the ragtime scene which had its most authentic expression in black dance clubs of the WWI era:

Played properly, it impelled people of all social classes and ethnic backgrounds to mingle in cafes and saloons and to delight in the African rhythms by dancing to and singing the songs... Although it possessed European elements, this American urban music was often written and played best by Afro-Americans because of their command of the poly-rhythms that were essential to the music... The dances, too, startled many Americans, who thought the hip movement that is essential to African and Afro-American dance was licentious...

The presence of women in the resorts (as the clubs were known) was another appalling aspect of urban culture. The new freedom of American women recalled that of San Francisco adventuresses of an earlier era. During and after the first World War, in SF and other cities, young unmarried women and housewives frequented cafes and night clubs where they smoked, drank, danced, and flirted with attentive males... For reformist ministers, women's club leaders, and progressives, this represented a threat to home and society. They sought to prohibit afternoon dancing to deny women their "questionable pleasures," as the Examiner referred to them. (Jan. 14, 1917).

An article in the Spokesman in 1933 described night life in the Tenderloin along Market Street:

This quote demonstrates a certain unique openness in San Francisco, but it was in this same period, the 1930s, that white racist anxiety increased. Police refused to issue a permit for an interracial night club on Fillmore in the mid-30s and several incidents occurred in which white policemen arrested interracial couples for violating California's strict laws against miscegenation. In one case, two white women and a black man in a car were arrested, even over the protests of one of the women that the man was her chauffeur. This heightened racial oppression set a more hostile stage for the dramatic influx of southern blacks in the early 1940s, seeking wartime employment.