At Woodward's Gardens by Robert Frost 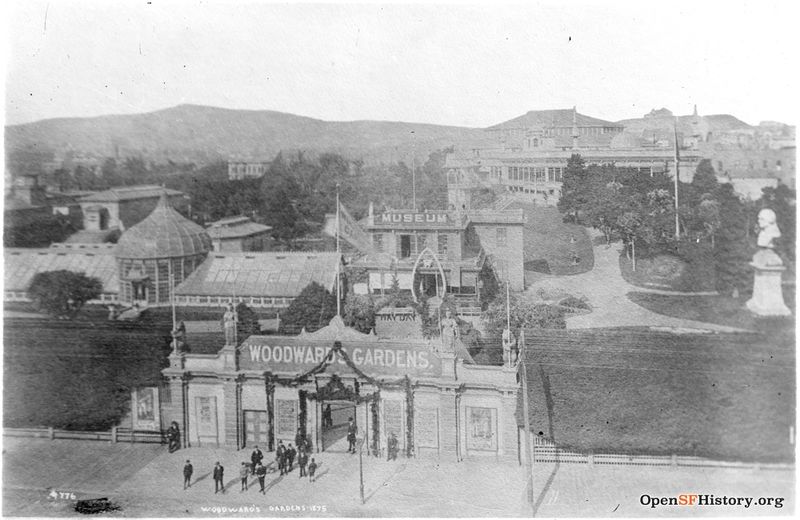 A boy, presuming on his intellect,

Once showed two little monkeys in a cage

A burning-glass they could not understand

And never could be made to understand.

Words are no good: to say it was a lens

For gathering solar rays would not have helped.

But let him show them how the weapon worked.

He made the sun a pinpoint on the nose

Of the first one, then the other, till it brought

A look of puzzled dimness to their eyes

That blinking could not seem to blink away.

They stood arms laced together at the bars,

And exchanged troubled glances over life.

One put a thoughtful hand up to his nose

As if reminded--or as if perhaps

Within a million years of an idea.

He got his purple little knuckles stung.

The already known had once more been confirmed

And that were all the finding to announce

Had the boy not presumed too close and long.

There was a sudden flash of arm, a snatch,

And the glass was the monkey's, not the boy's.

And instituted an investigation

On their part, though without the needed insight.

They bit the glass and listened for the flavor.

They broke the handle and the binding off it.

Then none the wiser, frankly gave it up,

And having hid it in their bedding straw

Against the day of prisoners' ennui,

To answer for themselves:

Who said it mattered

What monkeys did or didn't understand?

It's knowing what to do with things that counts. 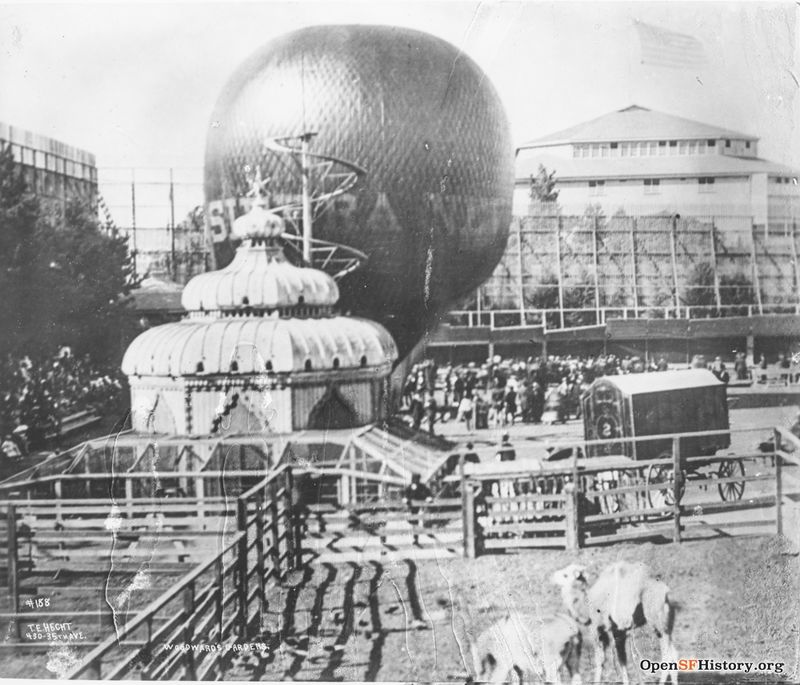 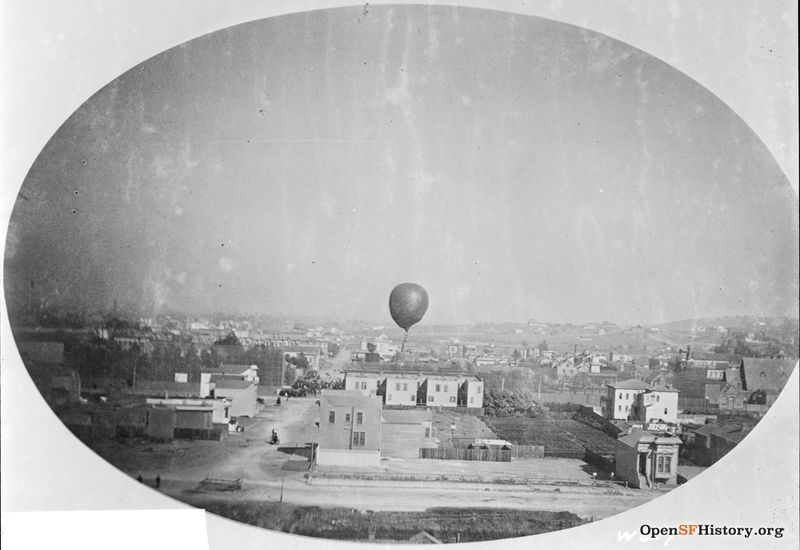 Distance view of a balloon ascension in 1883, taken from near Ramona and 14th Streets south over Woodward's Gardens.