Originally published in "It's About Times," the Abalone Alliance newspaper, Sept.-Oct. 1982 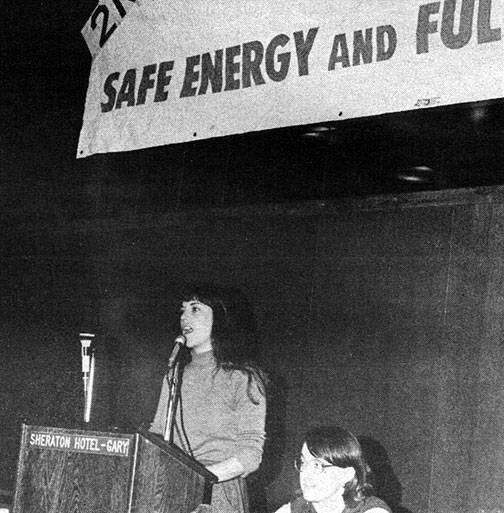 Dear It's About Times,

I am leaving the Abalone Alliance after more than a year as a staffperson in the statewide office. As you may imagine, the job was one of mixed rewards and frustrations.

Initially I was able to overlook the stress of the job because of a dedication to our goals, a commitment to the process and a feeling that I could contribute to communications within the Alliance and with the public.

But over time several political problems became evident. First, the staff receives little help with the work of statewide networking and resource exchange. Certainly such tasks can drain the energy of local groups and little can be done by geographically removed member groups.

But this is no excuse for the low input of support and participation the staff receives. This lack of input is often an intentional avoidance of concrete political differences which people in the AA tend to suppress in favor of "non-violent harmony."

Many issues have arisen which required immediate attention, but in which the organization showed little interest. These included vital tasks like setting up budgets and conferences, reviewing the planning of the Financial District Action, etc. As a consequence the staff was forced to make decisions -- and later was criticized for acting out of process. But where are the task groups and collectives that should be doing this work?

It is a political embarrassment for me to associate with the AA at this time. We are an extraordinarily self-centered, white, middle-class group of moralists. Our lip service is in direct conflict with our activities.

I've tried to maintain hope that our strategy for social change would include coalition building with ethnic minorities and the "working class," but in fact, this has never been realized as a priority in our actions.

Our articulated goal of a democratic, integrated mass movement has no relation to the process we use or to the types of actions enjoyed by the AA. Each activist must take personal responsibility for crossing class and racial lines. A democratic future means taking the risk of finding out who "the people" really are, and discovering what we need to do to support one another.

The world is not going to change because we believe that our position is morally above reproach. Civil disobedience does not effectively agitate for meaningful work or equal opportunity in this society. Loving each other will not automatically cause corporations to give up their power.

Susan Swift in 2011, speaking about her frustrations as an Abalone Alliance staffer in trying to build alliances with organized labor and folks outside of the anti-nuclear culture.