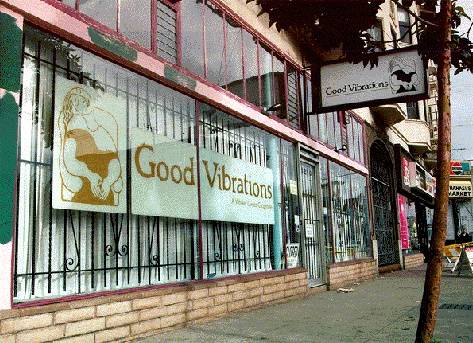 "You know what it's all about on Valencia?" Drew asked on an evening last fall. He and I were having a cocktail and catching up at a bar on 22nd Street in the Mission. He caught my eye, arched a brow and leaned back, crossing his arms as if to say, I have the answer, but go ahead, up the ante. I shrugged. "I'll tell you, then," he said, pausing for suspense, one beat ... two. "It's all about the crepe versus the tortilla."

Like all good jokes, Drew's tale-of-two-flat-breads crack packed some truth. Valencia Crepes & Coffee had opened recently at 21st and Valencia, filling the space vacated by Women's Crafts West. Folks as far North as Marin were talking up the expanded Ti Couz, a Franco-Basque creperie at 16th and Valencia, and Sunset magazine, the tastemaker of the 'burbs, had recently written up a couple of boutiques near Ti Couz as recommended places for strategic, urban forays. Consequently, some locals were mumbling that Valencia Street was losing its edge, becoming safe for yuppies, becoming safe for ... crepe-eaters.

Four months later, Drew's joke has only made him appear more prescient. Glimpse Valencia from a car window or from the inside of a 26 Valencia bus as it hurtles South (and if any Muni bus hurtles, the 26 does), and what you'll see may remind you of one of those mondo movies from the '70s, with new diners and retail outlets spliced in even as you watch.

The Slanted Door, a sharp-dressed diner serving Vietnamese cuisine, Arabian Nights, a make-over of Athens by Night, and Sinopsia, a niche purveyor of artist's pigments, have all opened recently. While landmarks like Maelstrom Books and Old Wives' Tales have closed (Old Wives Tales is now Ibarra Brothers printing), vacated storefronts have filled with new businesses so quickly that you can hardly remember that Moptops, a new, British-themed oyster bar just down from 16th, used to be the Giladon Sushi Club, or that the Cyber Bazaar, a bohemian Kinko's, used to be a palm reader's studio. Add to these the pizzeria that plans to open at 15th and Valencia; the juice bar going into 524 Valencia; Rasoi, an elaborately designed Indian restaurant, which has been accepting applications for wait staff in preparation for its grand-opening; the Philly cheese steak depot planned for 21st and Valencia; and the Herbivore Cafe and Washquarters, next door to each other on the 900 block. All this while work continues on the old Hibernia/Security Pacific bank building, Valencia's biggest nightclub, El Oso, and Radio Valencia.

In fact, if you ate dinner out every night, it would take you more than a month (34 days, to be exact) to "dine" all 12 blocks of Valencia Street. Moreover, if you had a coffee at every Valencia Street cafe, coffeehouse, and grocer with a Bunn-o-Matic, you'd be in for a 24-cup marathon of joe, to make it from St. Luke's Medical Center to Market Street. (And you'd also discover that the 50¢ cup of coffee lives on at Caas' grocery.)

No one who frequents the street, especially between 16th and 24th, can fail to notice that many of the places going in, in terms of their design, tidiness and menus, qualify as "upscale," a contrast to the auto repair shops, storefront churches, and corner groceries they throw into grungy relief. As such, though crepes do not appear to be winning the contest Drew identified, what they represented in his joke--manna for the bourgeois rather than the proletariat--remains a tension; in a word, gentrification.

"Soon, all you'll able to do here is eat," says an exasperated Kristi Lomax, a filmmaker who works at Modern Times Bookstore. "Valencia is like a Xerox machine for businesses. You put one in that seems to work and three more pop out." Valencia, she feels, has become a border street within the Mission, between those businesses that cater to residents who live West of Valencia, and "the rest of it," a lament Rene Casenave, a 20-year resident and community development expert shares.

"I've been picking up my son at Tae Kwon Do, [at 22nd at Valencia], for eight years, and it's a totally different class of people I see on the street now. I mean, out-and-out, died-in-the-wool yuppies." The economic activity, Casenave says, is positive, but unless the community organizes and intervenes, he predicts commercial gentrification will lead to residential gentrification, putting the squeeze on lower income residents, who will eventually be forced away.

And yet, even at his most skeptical, Casenave notes some mitigating factors. For if Valencia Street is experiencing gentrification, it is, at present anyway, a best case scenario: lots of small, individual and family-owned business that are nothing if not multi-ethnic, and, at least, aware of their role in the changing community.