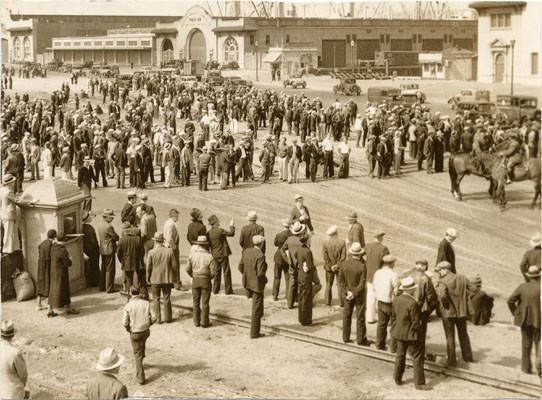 Strikers face off against police on July 3, 1934 near Pier 28 on the southern waterfront. 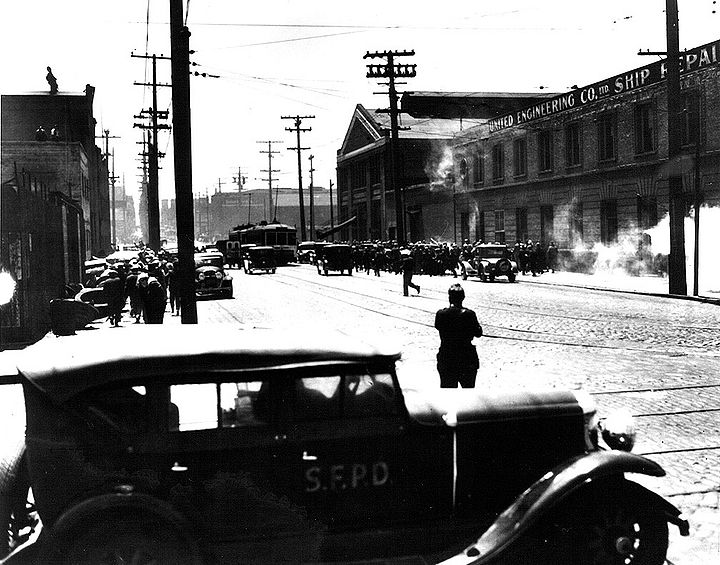 Tear gas explodes up the street during July 1934 street battles.

Joseph Roush was a traveling salesman of tear gas for Federal Laboratories of Pittsburgh, Pennsylvania, one of the leading U.S. domestic munitions makers, with a special interest in industrial warfare. “Labor difficulties are in the making all over the country… it looks to me like the year 1934 may be a very beautiful one for all our men,” said vice-president Bailey Barker to his salesforce. Federal Laboratories sold gas guns, gas ejectors, gas mortars, and such notorious “protective” devices as submachine guns, revolvers, shotguns, bullet-proof vests, and armored cars! Joseph Roush had established a cozy relationship with SF Police Chief William J. Quinn by cleaning all the department’s “tommy guns” for free, and expected to do very well during the strikes that were unfolding.

Ignatius H. McCarty, a salesman for Federal’s chief competitor, the Lake Erie Chemical Company, was also in town, however, and he managed to get an order for tear gas from Chief Quinn before Roush. A rivalry ensued between the two competing tear gas salesmen that climaxed during Big Strike in July 1934. Memos written to the home office from each of the two men revealed their tactics and inadvertently show the police approach too. McCarty worried that their billyclubs were too light to split heads open in the way the SF Police demanded. He was also offended that his rival Roush was shooting off tear gas “merely for advertising purposes as it occurred after we had driven the crowd back.”

During the July 3 attempt to break the strike by employers, rioting broke out and Roush described how he helped out the cops: 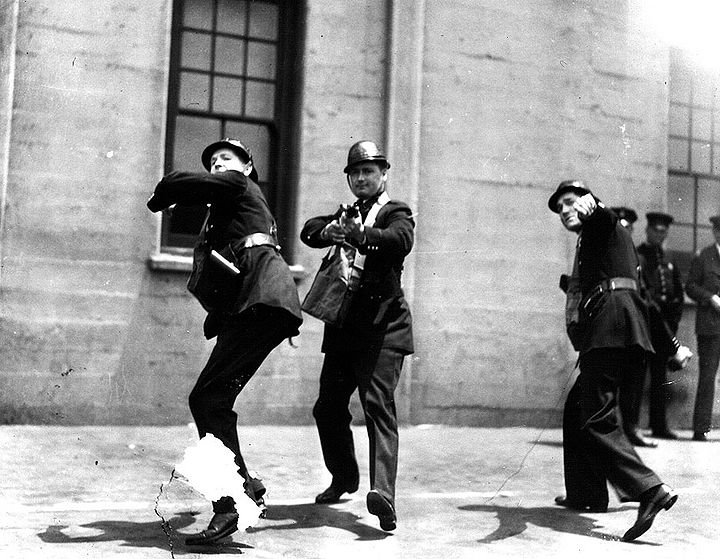 Later the police made Roush a special officer of the department, and made McCarty an honorary member of the police officers’ association.

Based on “The Big Strike: A Pictorial History of the 1934 San Francisco General Strike” by Warren Hinckle

The July 3, 1934 battles broke out when shipping owners tried to break the strike and open the port by rolling truckloads of goods from Pier 38 to the Garcia and Maggini warehouse on King Street (today across from the Giants' ballpark). 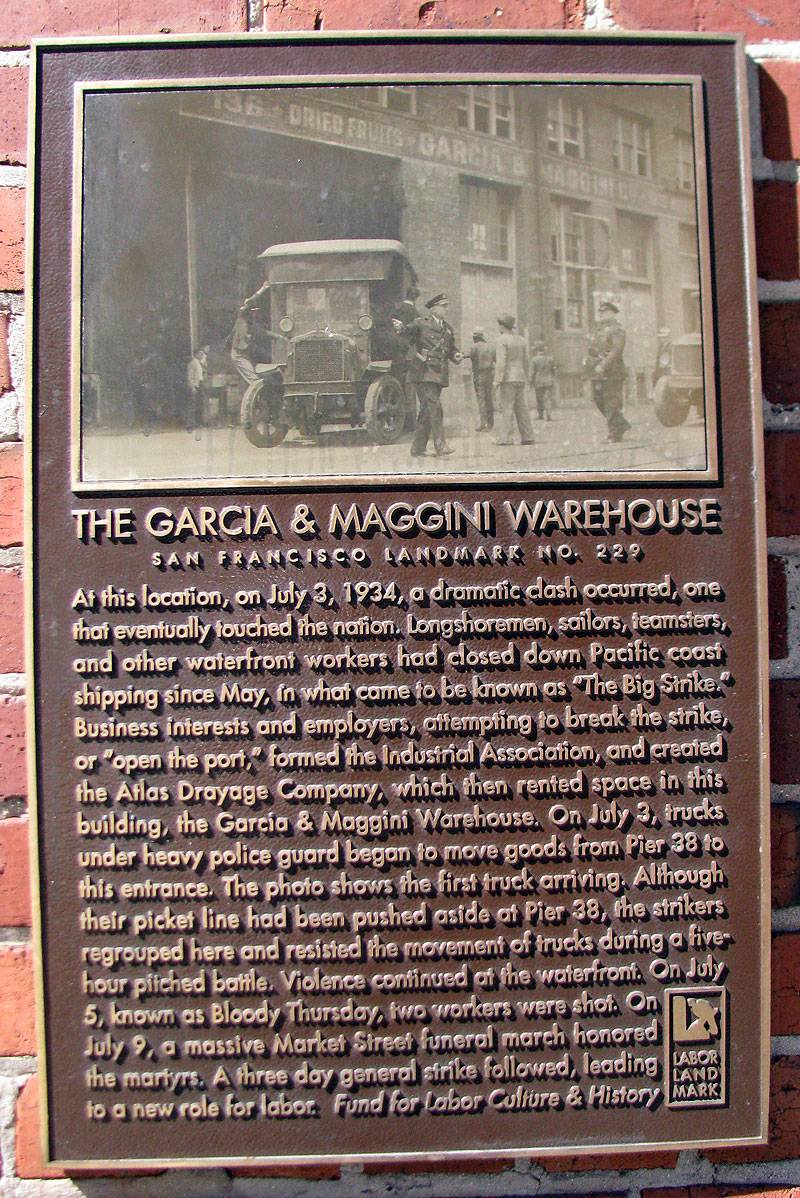 Plaque on King Street facade of the old warehouse, 2019. 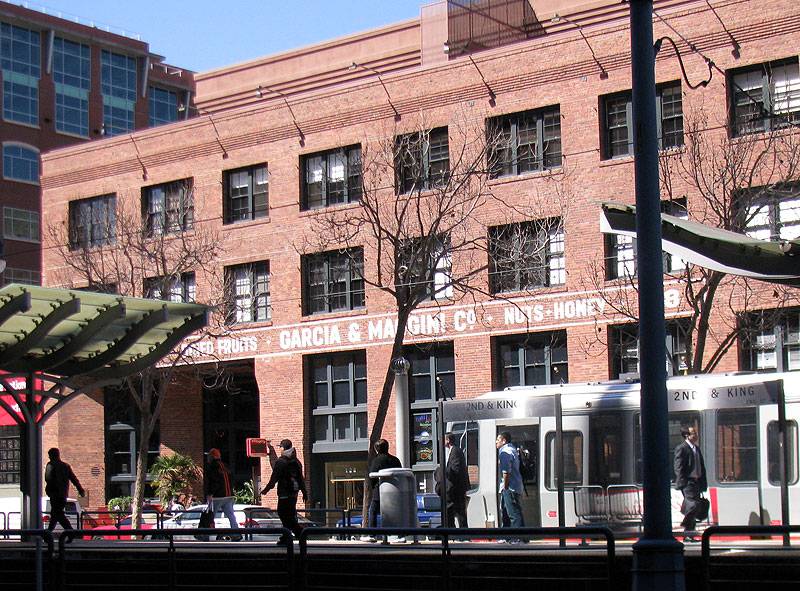 The view across King Street from in front of the ballpark towards the historic warehouse.