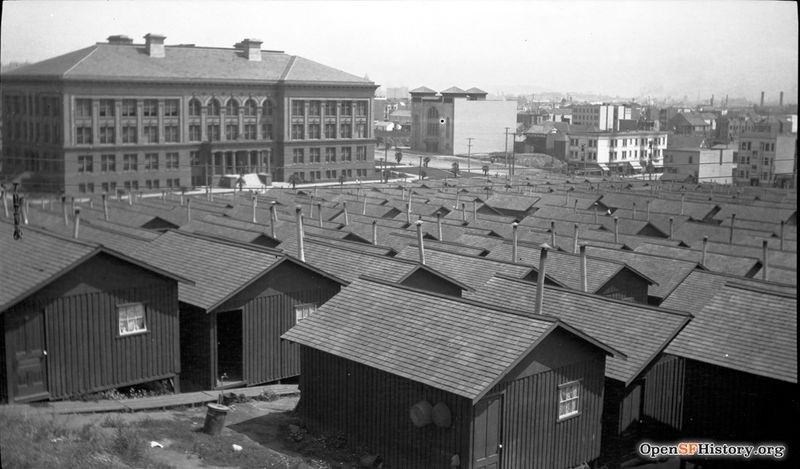 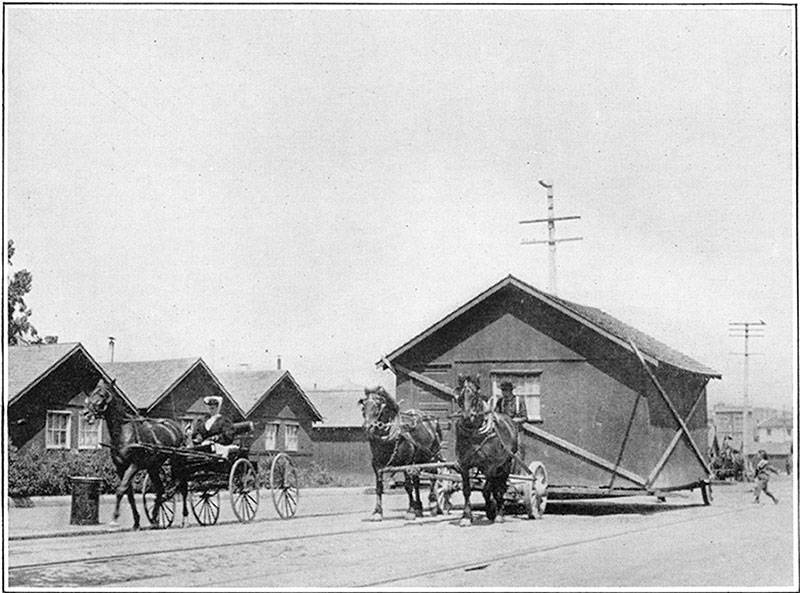 Relief sheds as the quake shacks were known, were towed by horse-drawn carts to new locations, usually on undeveloped hillsides at the time. 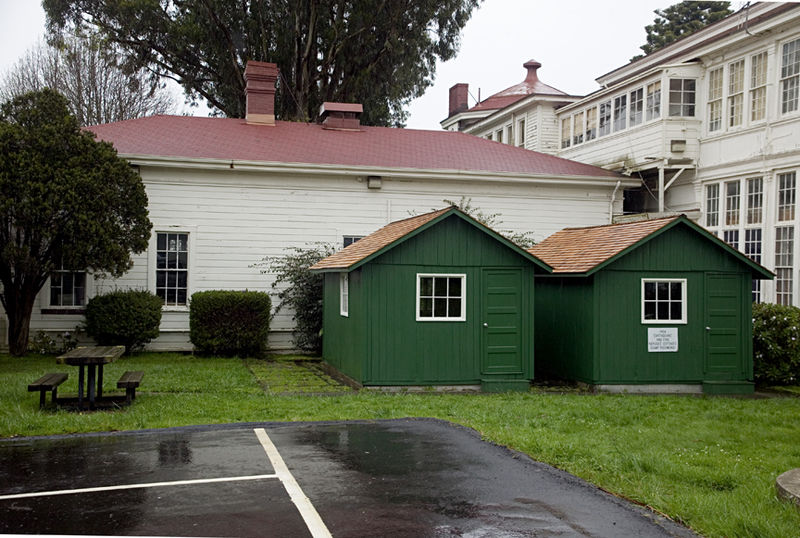 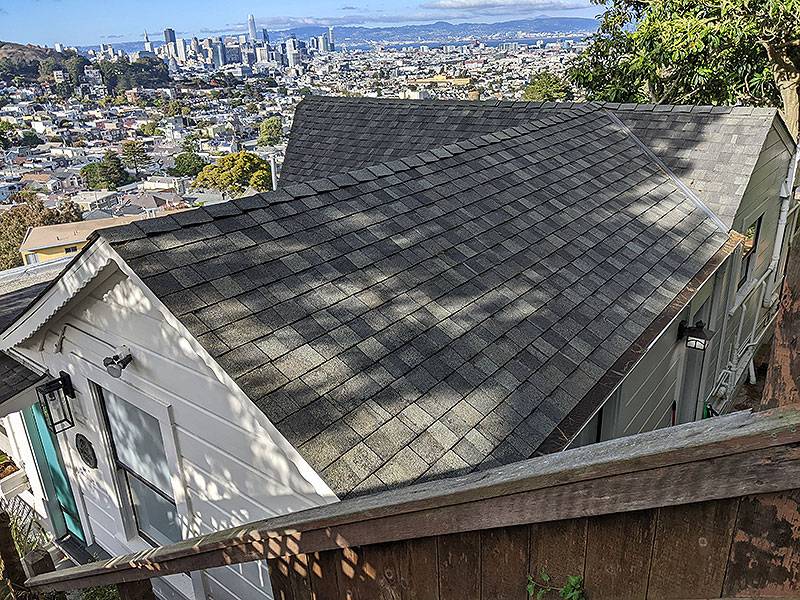 A couple of quake shacks put together along the Iron Steps above Eureka Valley. 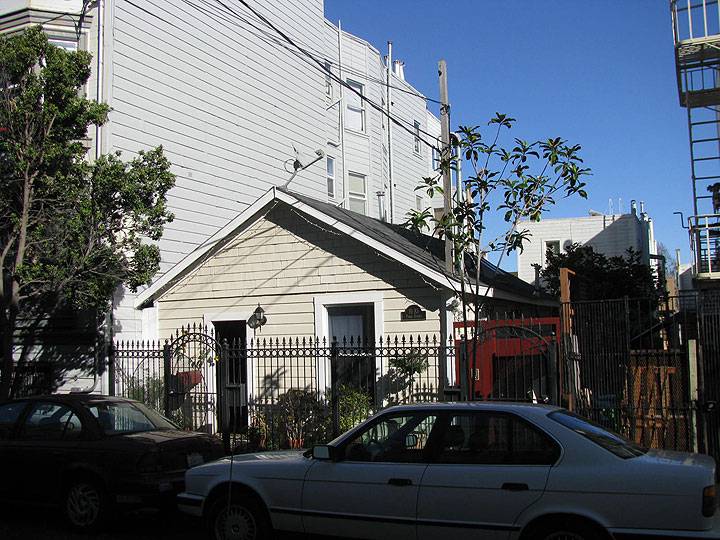 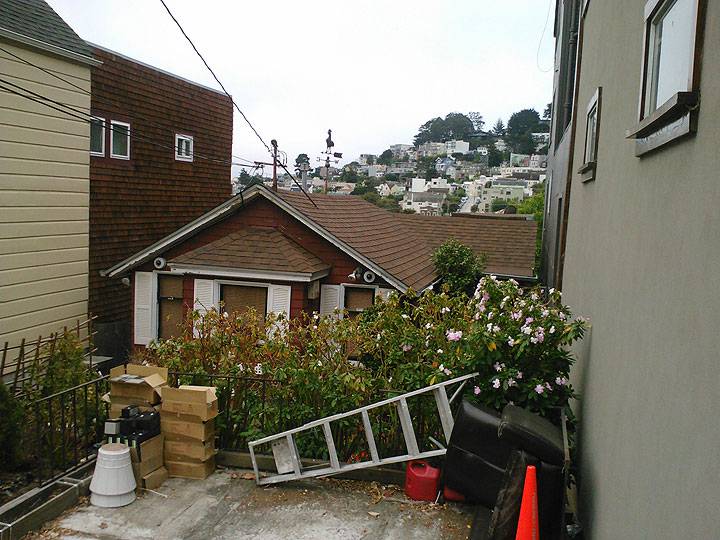 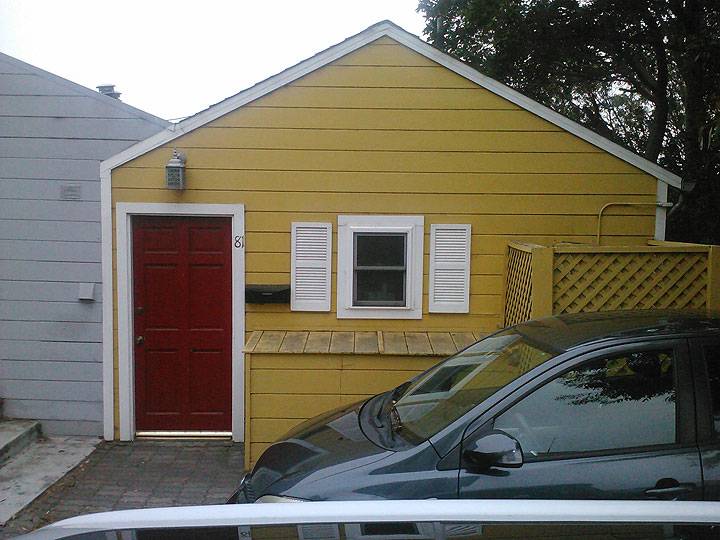 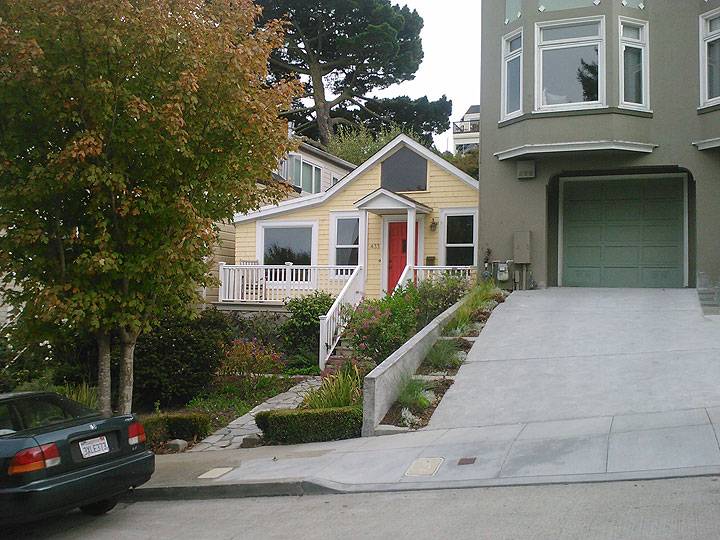 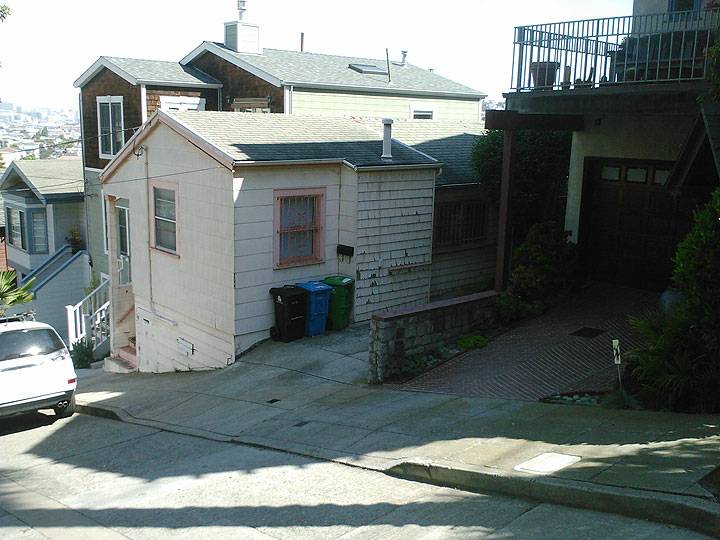 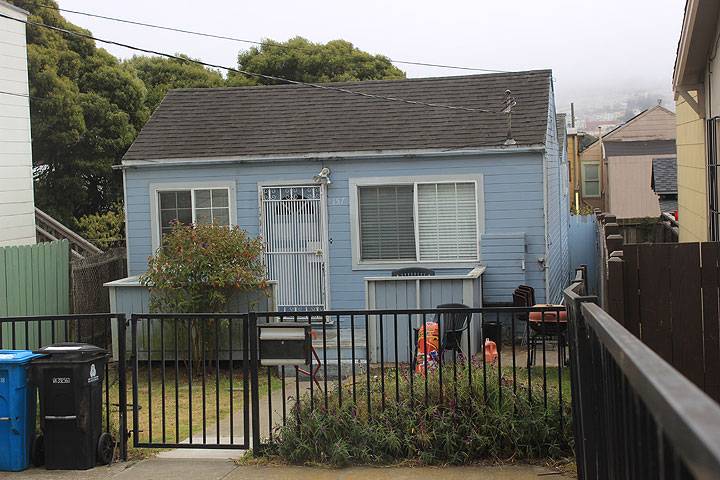 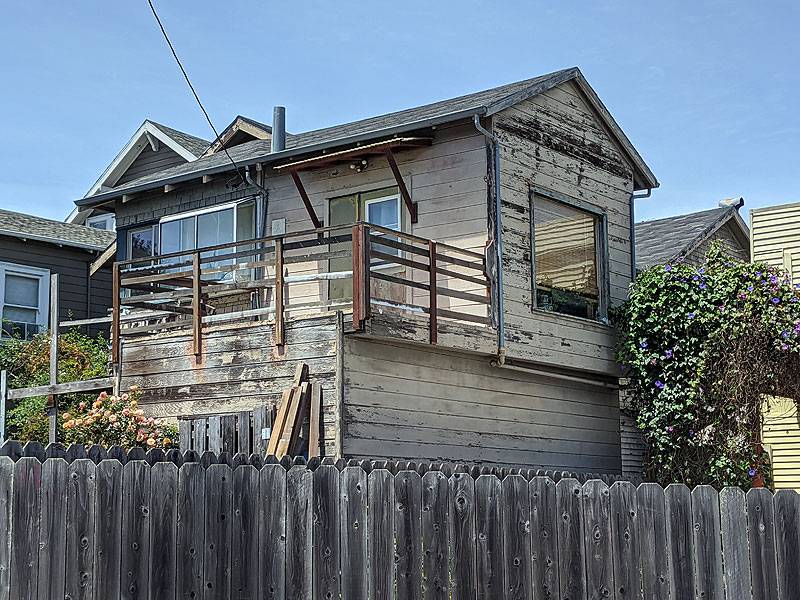 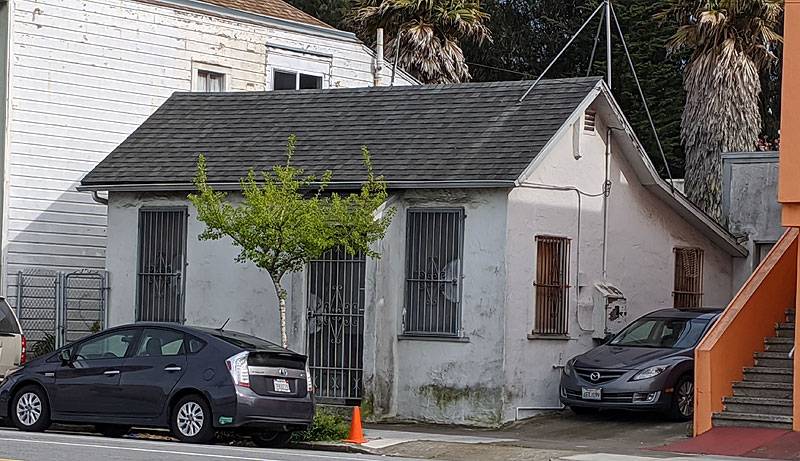 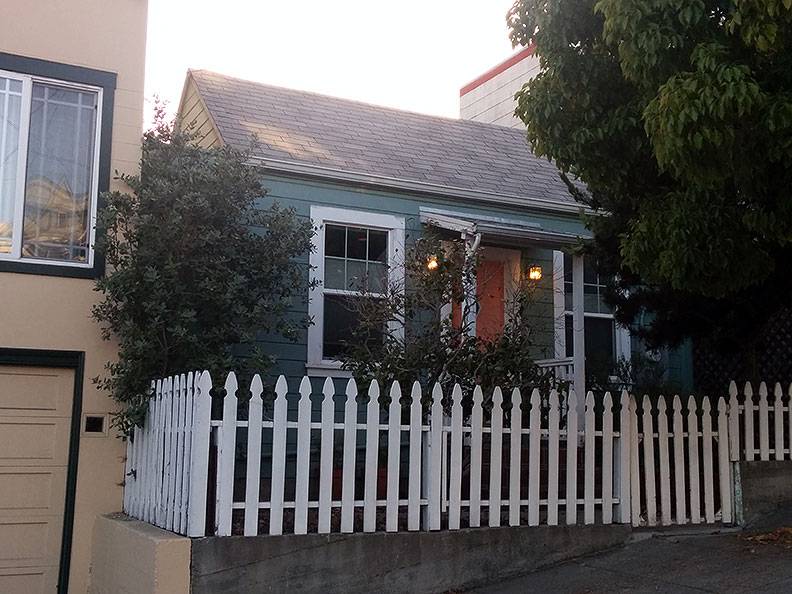 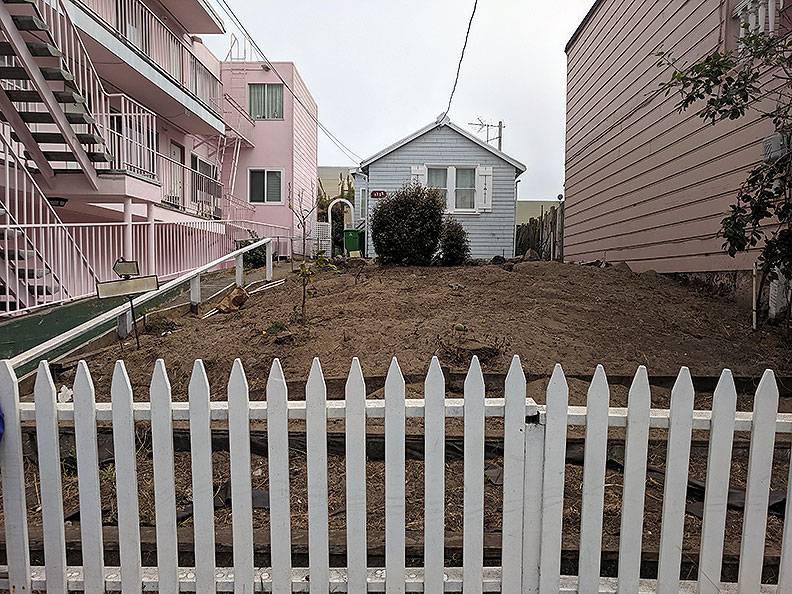 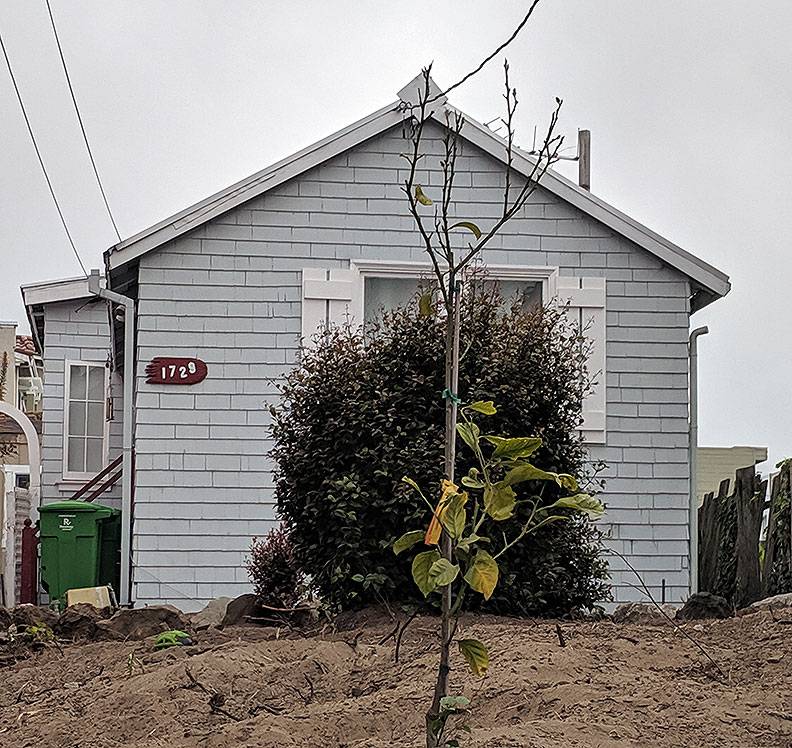 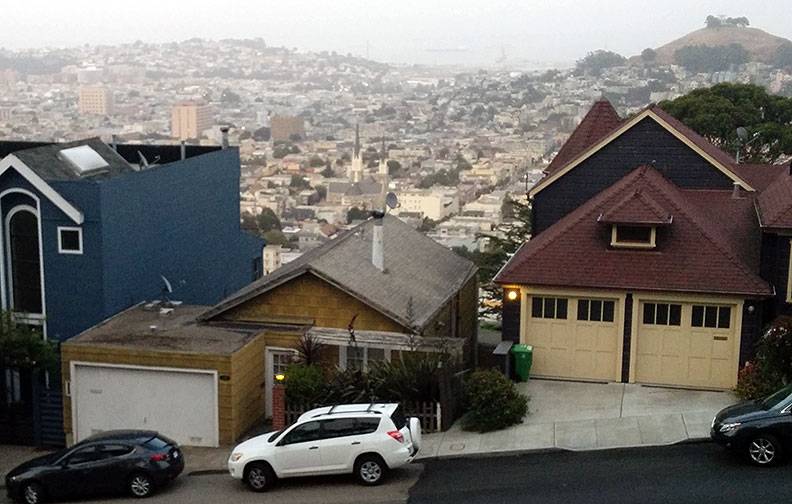 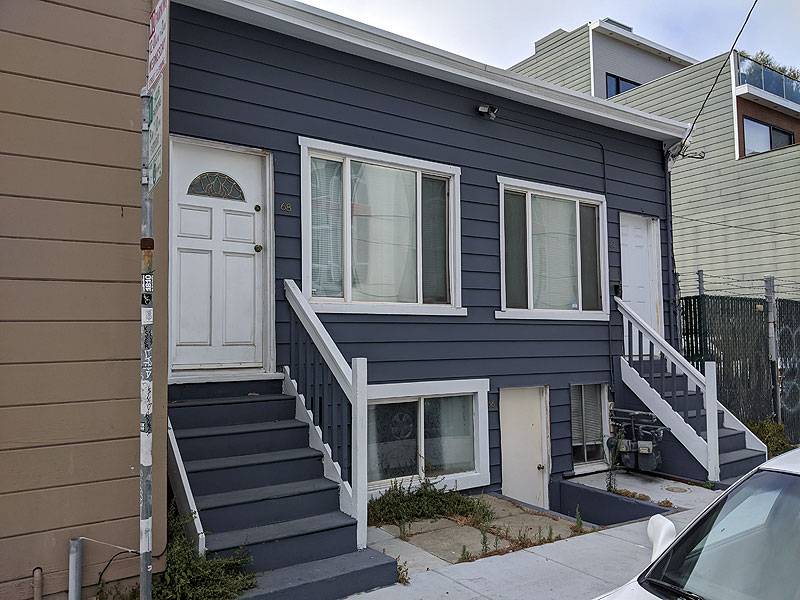 This building on Ringold Alley in South of Market is comprised of two earthquake shacks with a new facade. 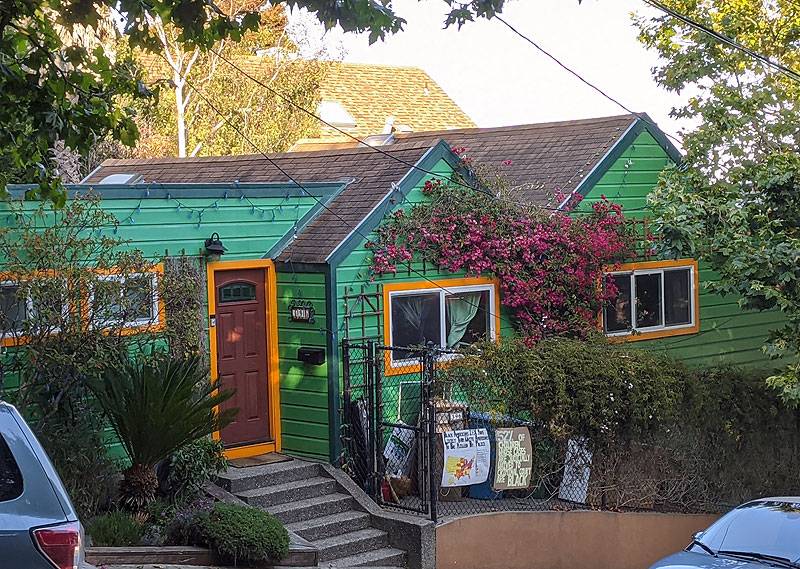 This looks like a shack with a major buildout and extension, covering the corner of Laidley and Mateo in Glen Park. 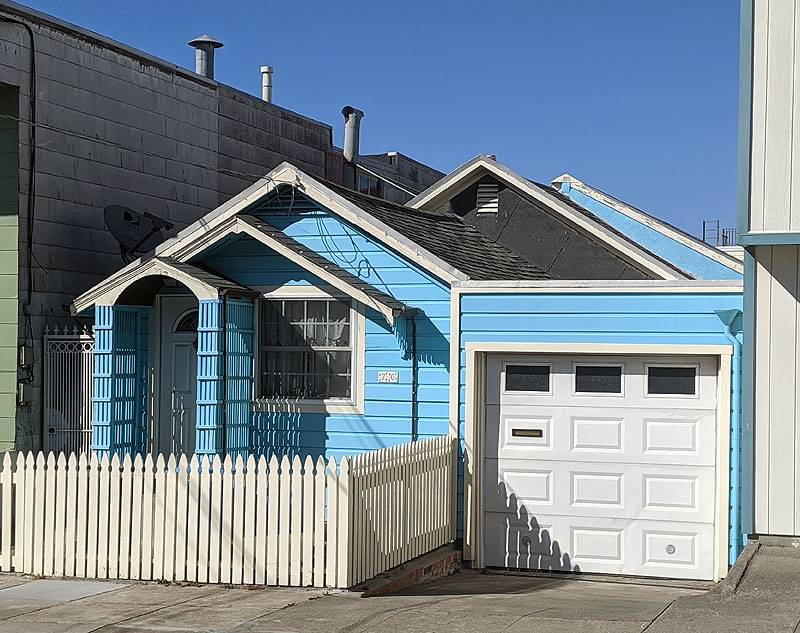 Another apparent quake shack, with foyer, garage, and extension built around it on Farragut near Rae, overlooking Visitacion Valley and Little Hollywood. 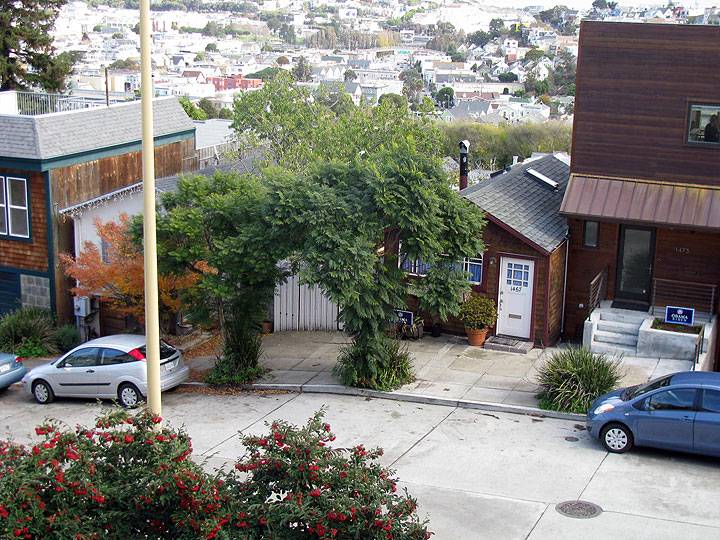 These two small structures on Shotwell, opposite the Aztec stairs, are almost surely 1906 earthquake shacks, of which there are a surprising number dotting Bernal Heights. 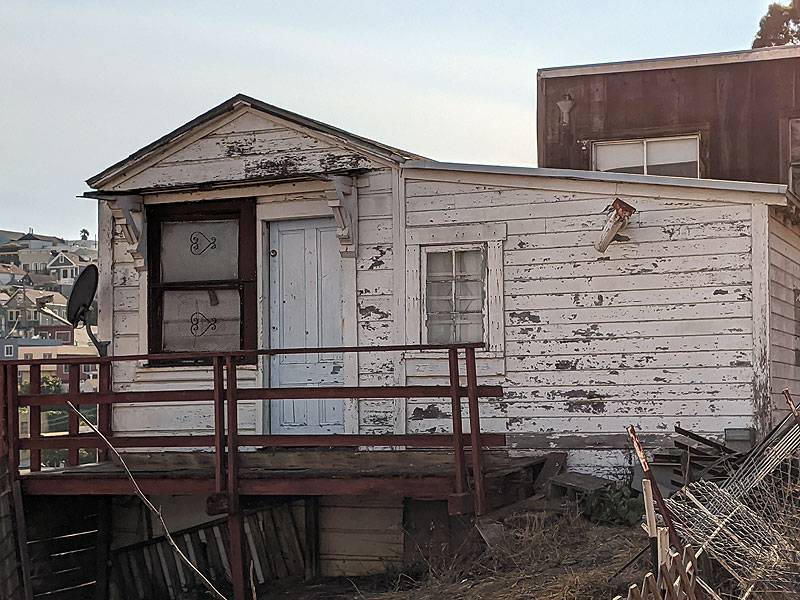 An old quake shack with an addition, perched at southeast corner of Bernal Heights overlooking Cortland Street gulch where it connects to Bayshore under Highway 101. 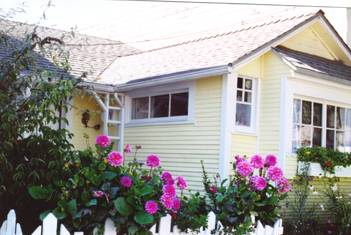 This house on 24th Avenue is made up of several 1906 earthquake shacks. 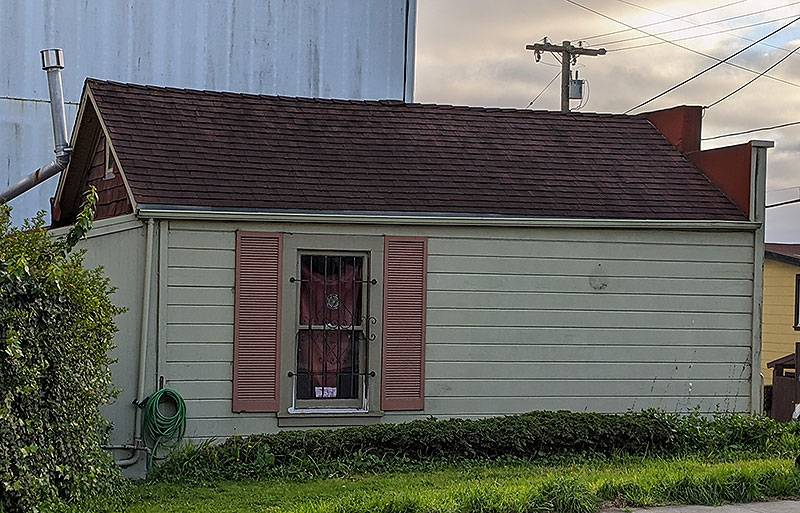 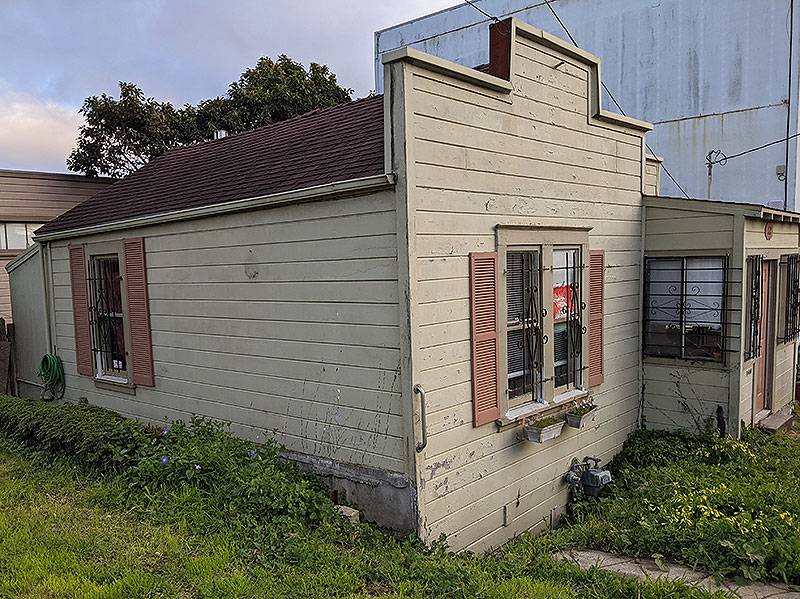 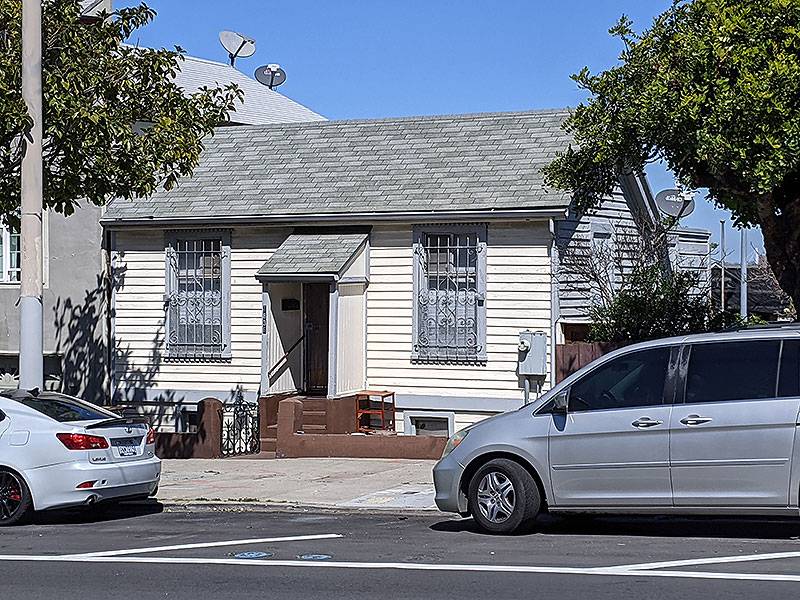 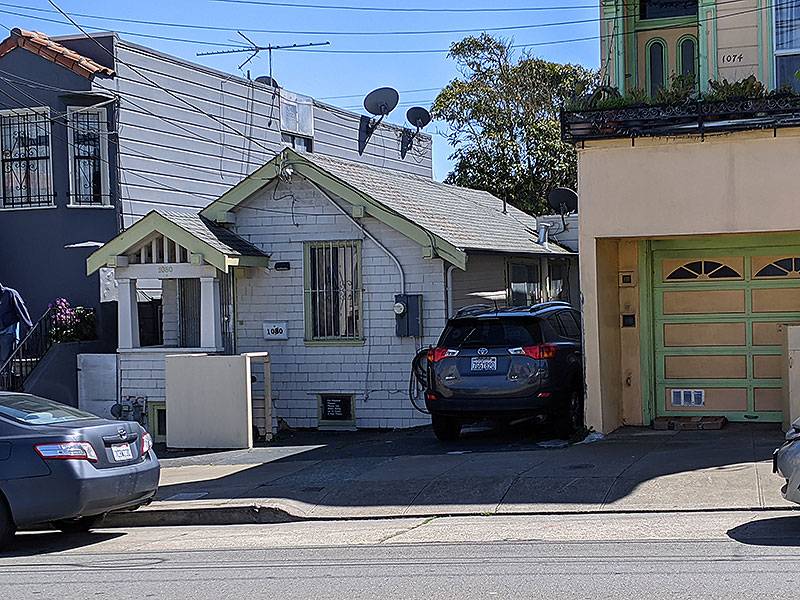 1080 Felton Street, near Bowdoin, in Portola. 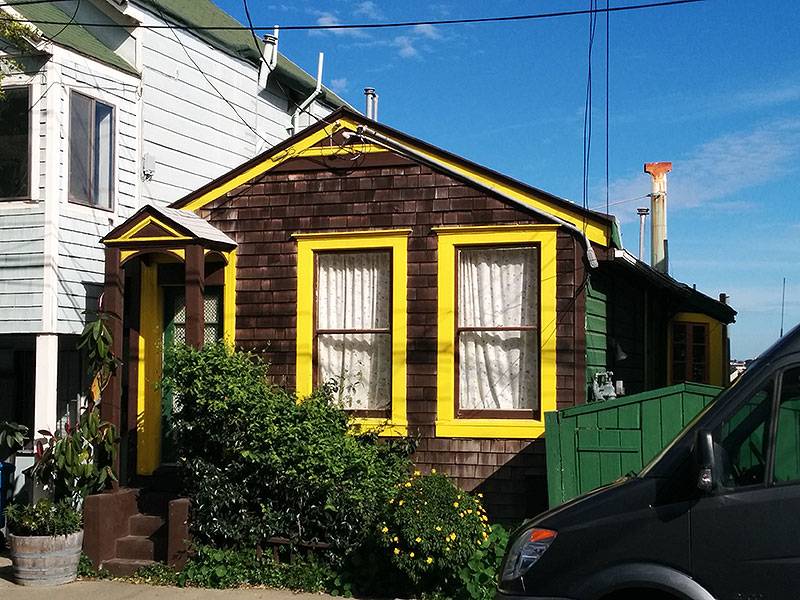 Near the intersection of Moultrie and Ogden in Bernal Heights. 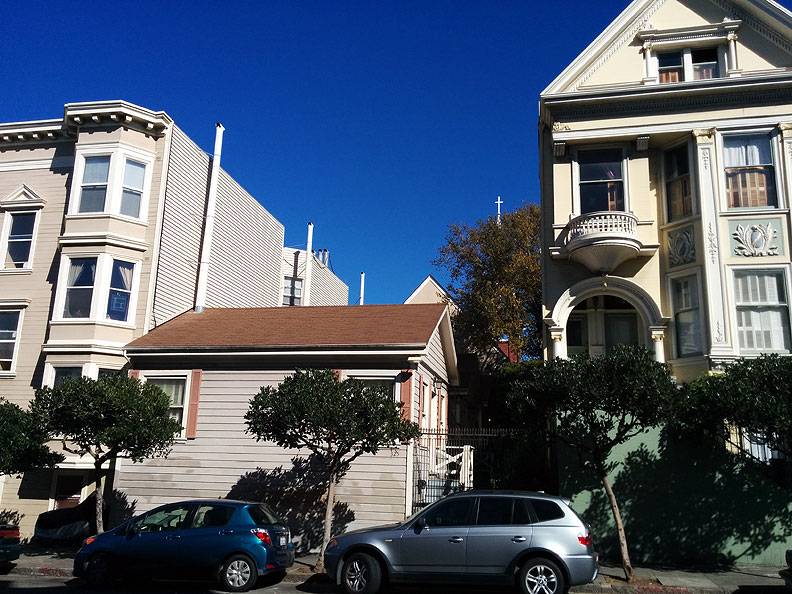 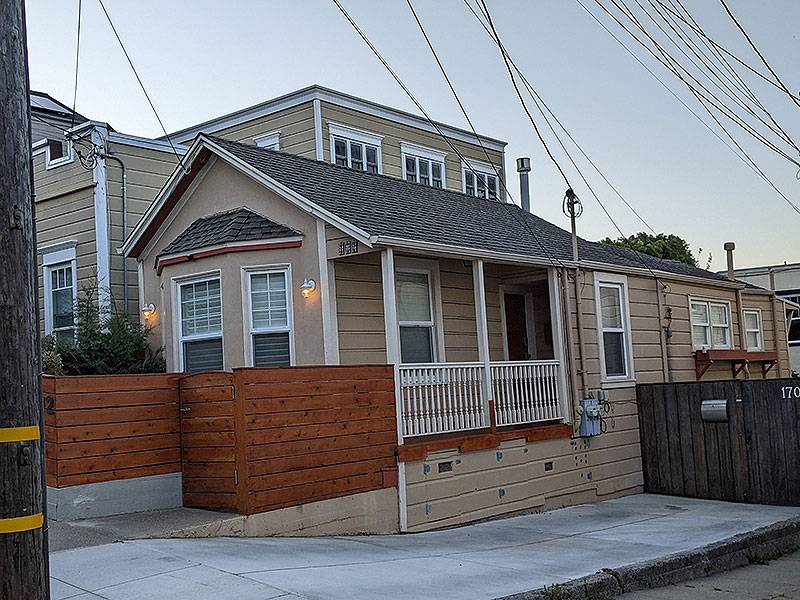 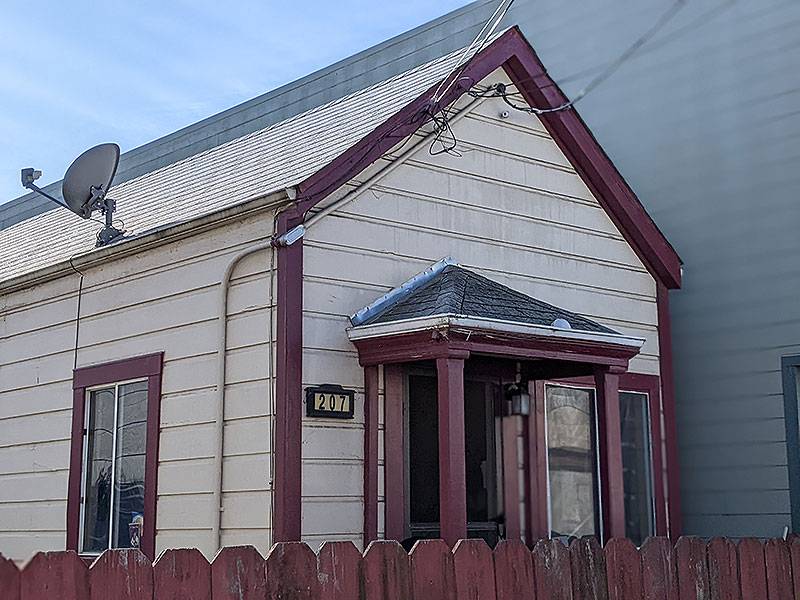