"B-Girls" in the Tenderloin 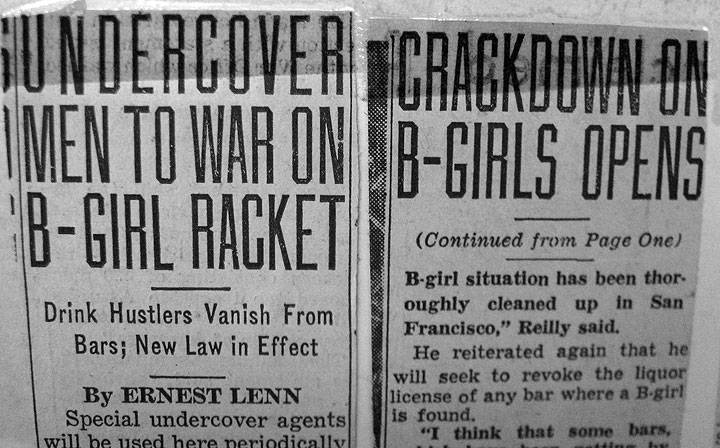 Amidst national fear and hysteria around Communism and homosexuality in the early 1950s, San Francisco moral campaigners returned to their favorite target: women. In early 1953, building on negative publicity dating back to 1937’s Atherton Report, a press campaign against so-called “B-Girls” hit the front pages. The B-Girls were women who used their sex appeal and feminine guile to trick otherwise upstanding men into buying overpriced drinks at local bars, mostly in the Tenderloin.

This campaign to expose and eradicate the “b-girl menace” corresponded to a behind-the-scenes effort to strip the State Board of Equalization of its power to regulate the sale of liquor, and replace it with a new state agency, the Alcohol Beverage Control Board (ABC). The campaign was motivated in part by the State Board of Equalization’s refusal to suspend liquor licenses in bars catering to “known homosexuals,” and was part of a larger crackdown on homosexuality in the early 1950s. 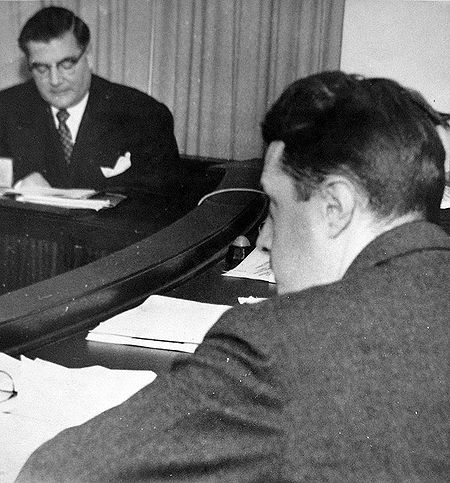 In San Francisco, rising Republican politician Caspar Weinberger led state hearings into lax enforcement of liquor laws, b-girls, and crime and delinquency. After two years of a steady public drumbeat against the B-girl menace and lax liquor law enforcement, the state legislature voted to establish the ABC and remove jurisdiction from the Board of Equalization.

State Board of Equalization commissioner George Reilly was singled out as San Francisco bar owners’ protector, frequently giving a clean bill of health to establishments that the press and moral campaigners had targeted as dens of iniquity. (A 1951 State Supreme Court decision (Stouman vs. Reilly) had disallowed arresting bartenders for serving homosexuals unless actual illegal acts were being committed.) 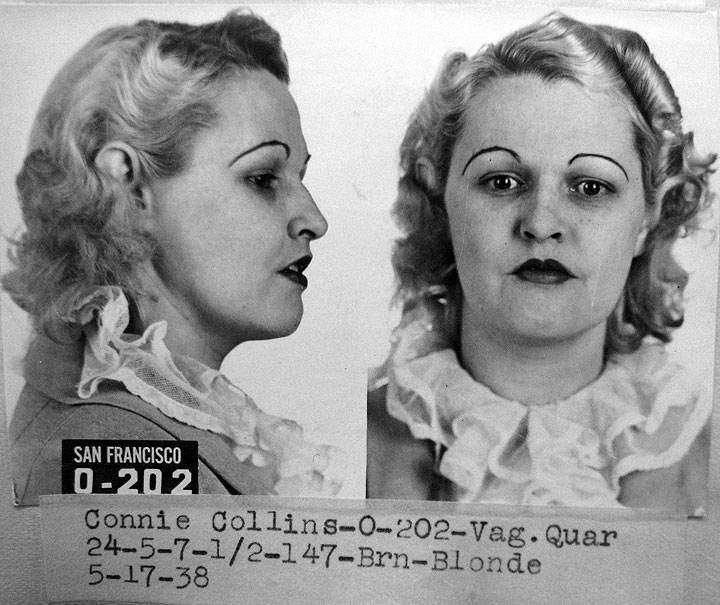 Connie Collins, arrested for "vagrancy" in May 1938.

When women were arrested for being “b-girls” or “percentage girls” in bars, because they weren’t violating any specific laws, they were generally booked as vagrants, as these women were in 1938. Police records do not shed any light on how many arrests were made during the decades of campaigning against “b-girls.” 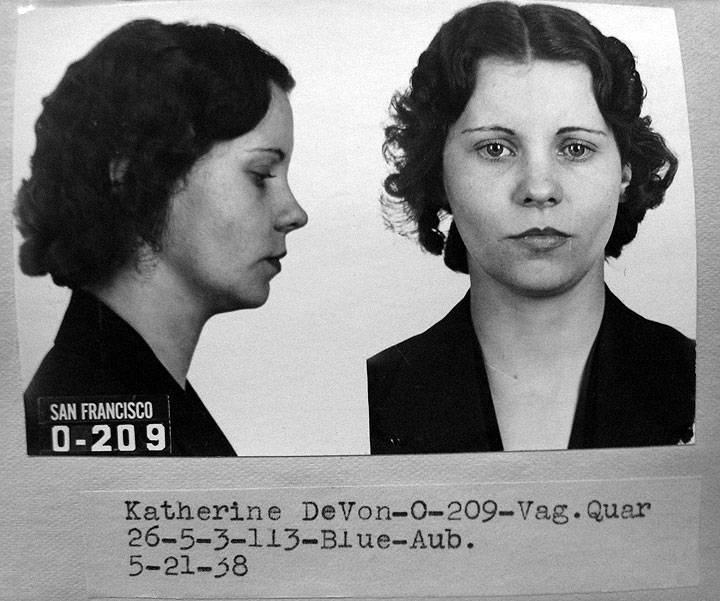 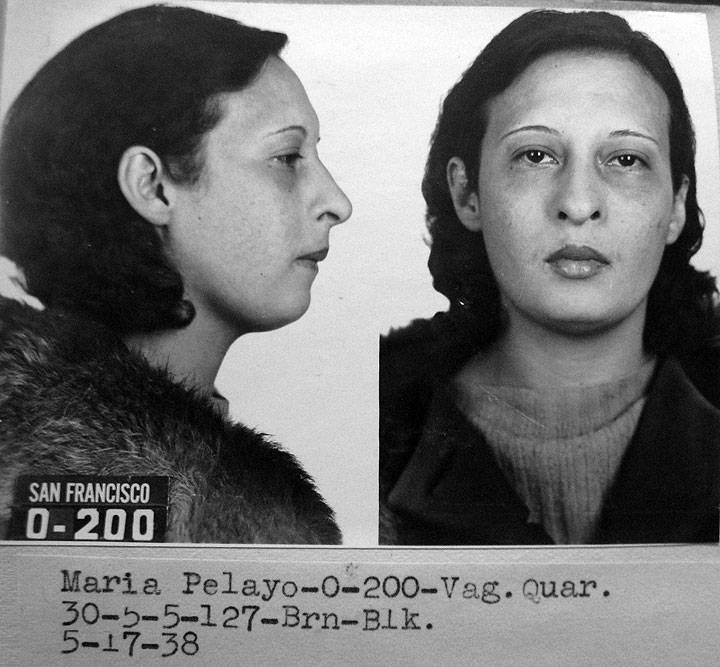 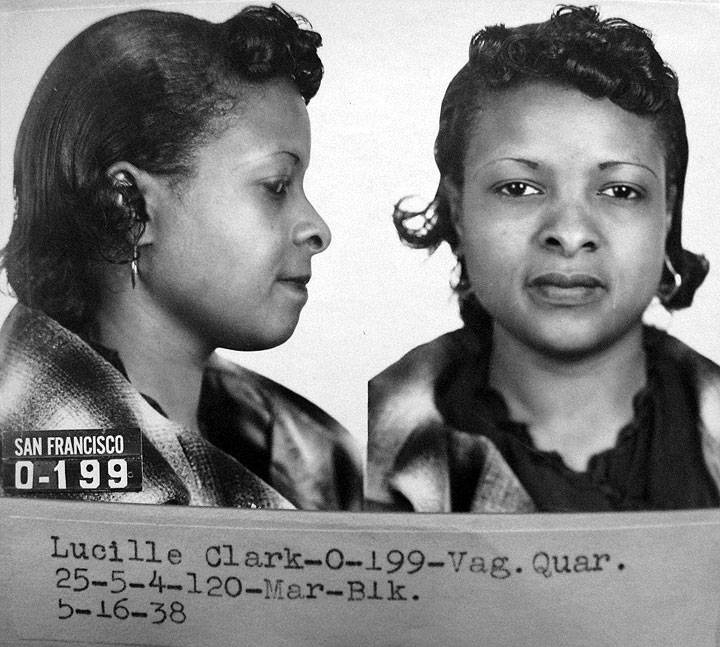 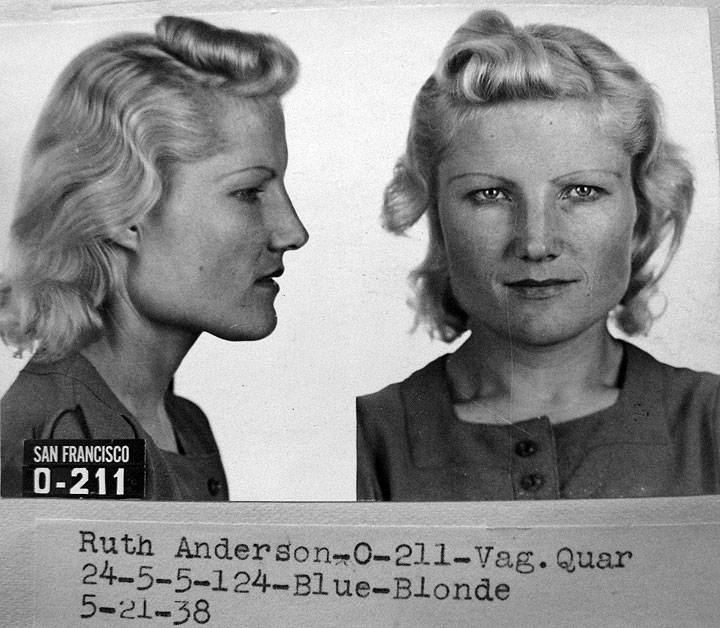 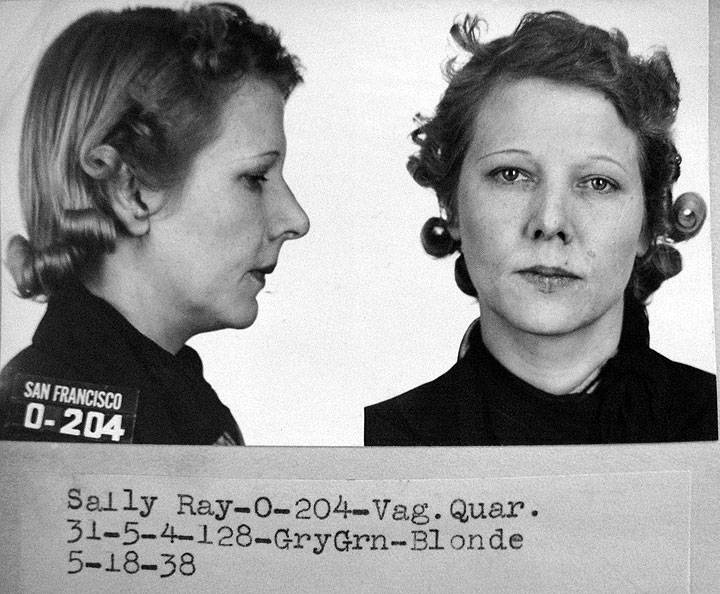