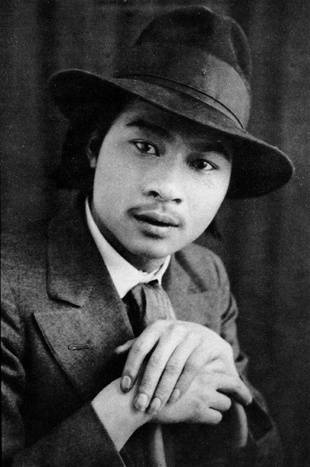 We know very little about the activities of what was surely a remarkable artists' collective in San Francisco's Chinatown, the ambitiously named Chinese Revolutionary Artists' Club. The facts are scant. The Club was formed some time in 1926 and was devoted to "doing [modernist oil painting] that is essentially Chinese," as the San Francisco painter Otis Oldfield tried to explain. Its studio was located in a small, cramped room at 150 Wetmore Place, on the western fringe of present-day Chinatown. Its initial membership was comprised entirely of young Chinese immigrant men, most of whom had taken to oils only a few years before, and as far as can be discerned, they took Chinatown's streets and several selected studio props--mostly objects from Chinatown's stores--as their primary subjects.

Perhaps the Club's most important public event took place in late 1930 or early 1931, when it hosted a much-anticipated reception for the Mexican muralist, Diego Rivera. From what we can reconstruct, the reception was intended to be quite inclusive, since it was attended only in small part by the Club's members and in much larger part by Rivera's travelling entourage and doting guests. Judging by surviving accounts, the whole event must have bordered on the comic. The cramped quarters overflowed with unrecognized people; the food and drink ran out very quickly; and the young men had a difficult time maintaining decorum. Not only was the large Rivera physically uncomfortable in their tiny, square, lacquered stools ("he overflowed on all sides," as a guest happily recorded, which "must have cut him in two") but he was unable to communicate with his hosts, since none of them spoke Spanish, French, or Russian, his familiar tongues (Oldfield 1982, 144). To compensate, Rivera is said to have lectured in excited, demonstrative gestures, and he spoke sometimes in Spanish, sometimes in French, hoping that a familiar word or two would find a comprehending ear. He apparently listened patiently to the members' incomprehensible questions. And he concluded by pronouncing in lengthy and convoluted prose, as was his occasional wont, on the artistic and political implications of a mural practice, though none of the young men were likely to undertake anything so artistically ambitious.

It is quite unclear how Rivera's grand visit affected the Club's members, if at all, but it is a fact that soon afterwards, they admitted their first and only female member. For its efforts at a new inclusiveness, the Club received a brief write-up in the San Francisco Examiner, which praised the "boys" for their "bravery." This was accompanied by a declaration of the members' new determination to establish a "Chinese academy of art, where they can spread their theories of art to all Chinese students" (Gee n.d.). But the publicity and new resolve, perhaps initiated by the socially-minded Rivera, apparently came for naught. The Club disbanded sometime in mid-decade, during the city's darkest Depression years. In the late 1930s, some of its former members and fellow travellers continued to have individual but mostly modest impact on Chinatown's obscure artistic scene; and this consisted chiefly in encouraging a next generation of Asian-American painters. By the beginning of the 1940s, the Club was largely forgotten and very little of the painters' works survives. As far as we know, the young men themselves held rare, quite irregular exhibits during the Club's decade or so of existence, and only one among their small number, Yun Gee, ever went on to show his work with any kind of critical acclaim elsewhere. What happened to Mrs. Chan, the only female member, remains a mystery.

This scant history, fragmentary and anecdotal as it is, would seem to argue for the Club's less than prolific (not to say occasionally comic) quality and provide a rather self-evident set of reasons for its relative art historical obscurity. Simply put, the Club does not seem to have left much of a mark on a larger artistic scene, either in the works they left behind or in the influence they had on others. Indeed, in the years since its quiet dissolution, it has remained important only as a footnote to readings of the more famous Gee (Brodsky 1979). And though he hardly merits more than a passing reference in histories of early San Francisco art, Gee can at least be identified against the backdrop of recognizable exhibitions and works. His more conventional career took him from the Club, to San Francisco's mainstream galleries, to Paris' famous Salons. He had his modest beginnings in a local, hardly noteworthy painting group, or so the history goes.

Yet, we do a youthful Gee and the Club's other members an injustice if they are cast aside as just another of those Saturday afternoon painting groups; and we certainly normalize their ambitions if we only read them against the city's regular mill of professional exhibitions and criticism. They did, after all, comprise a Chinese painting collective and held some sort of vision about an Asian-American cultural life--visions that may not have accorded with the institutional requirements of the city's nascent dealer-critic system, visions that were surely rare and fraught with contradiction during a moment of explicit antagonism between insulated Chinese immigrants and their white counterparts, and between the collective nature of an ethnic cultural identification and the demands of an increasingly consumer-driven art marketplace.