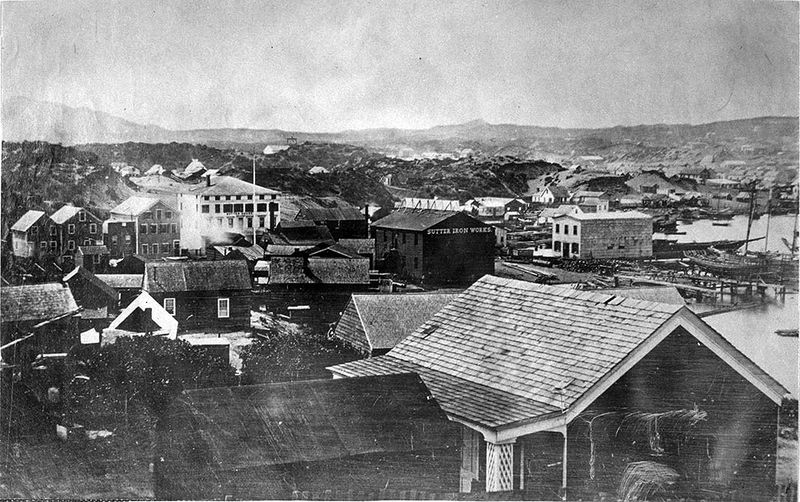 William Shew panorama of San Francisco, 1852, from 2nd and Beale to Rincon Hill, over this and the next four panels. 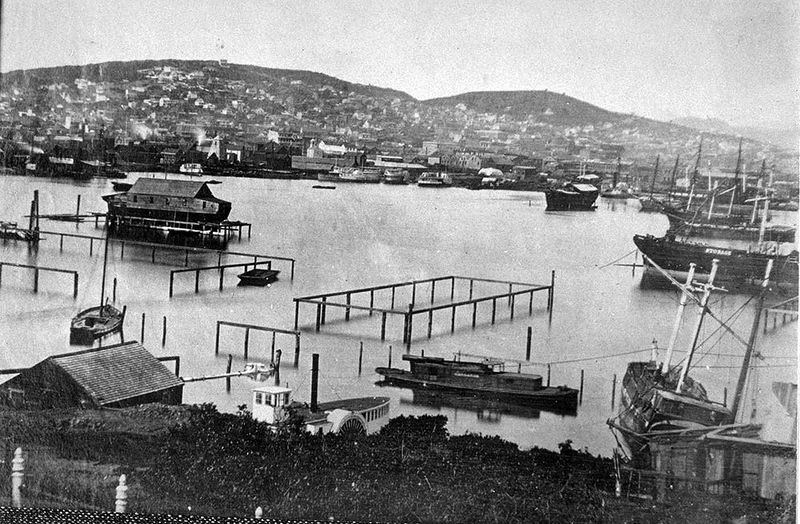 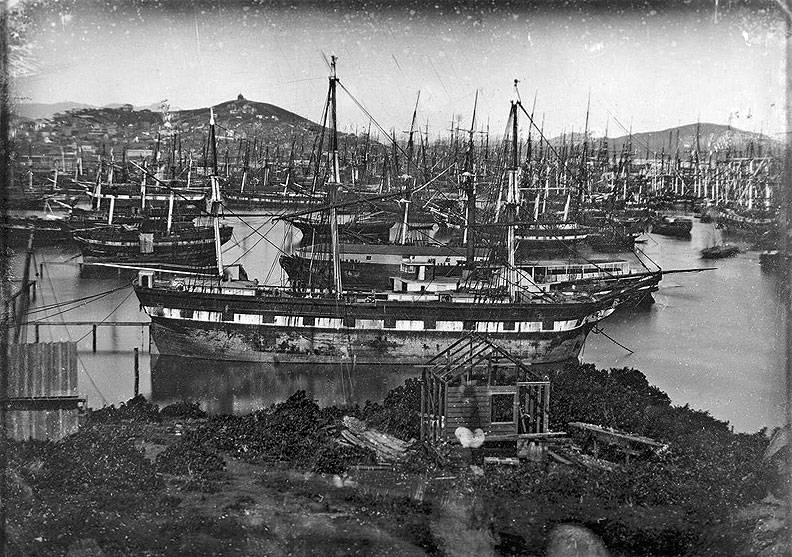 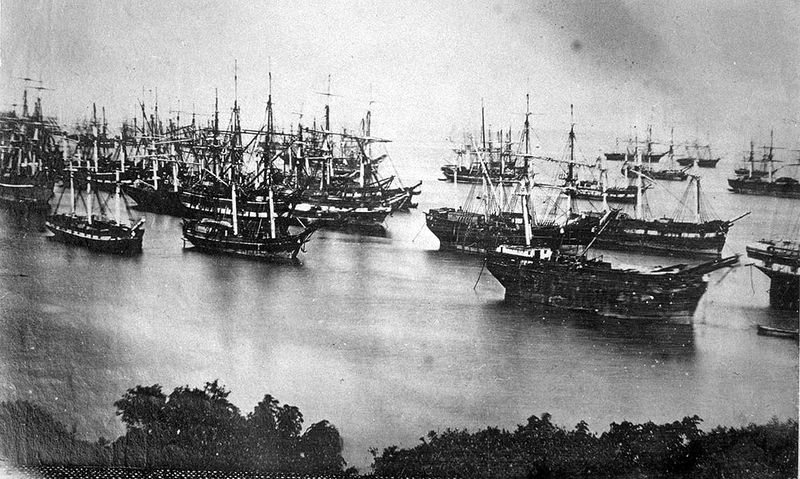 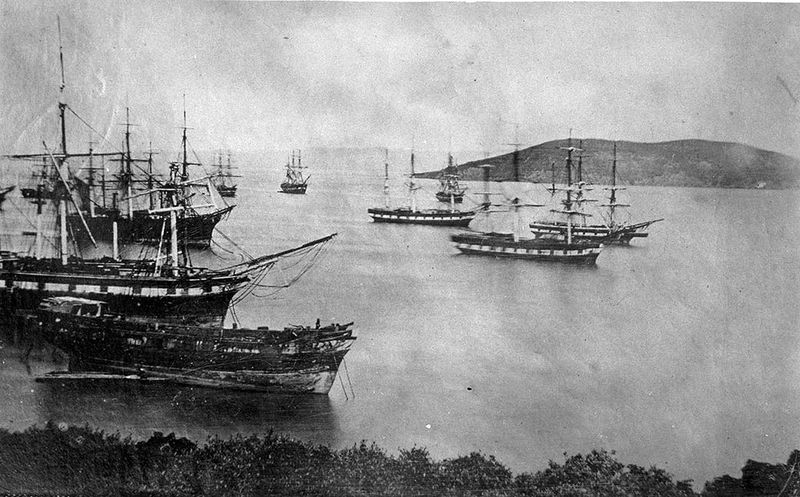 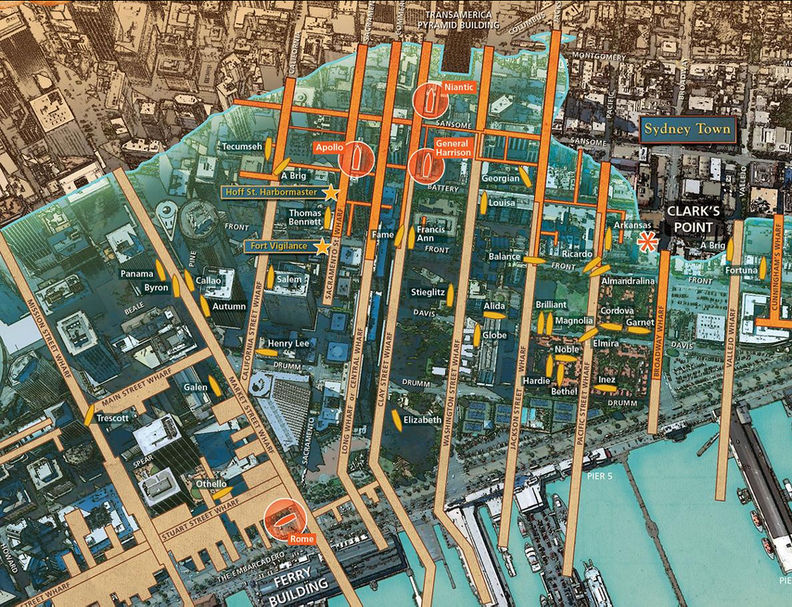 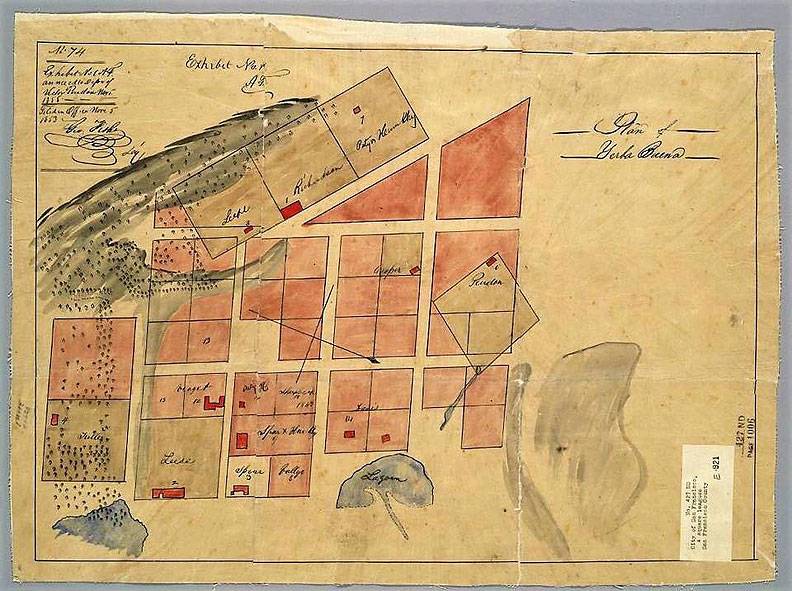 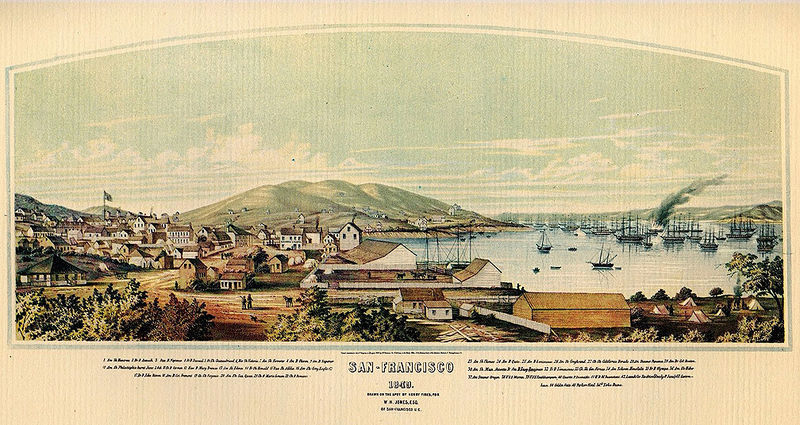 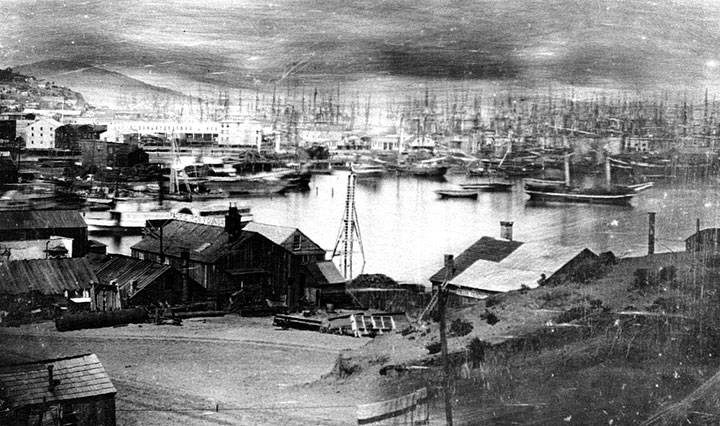 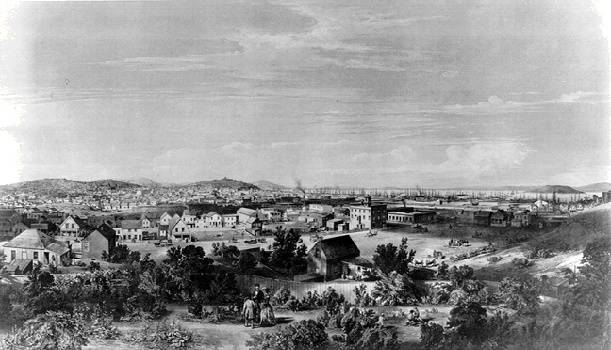 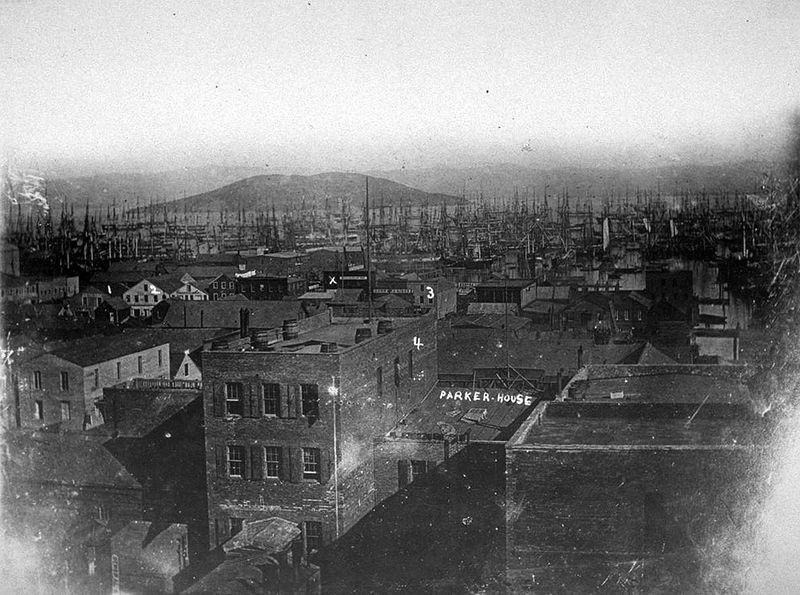 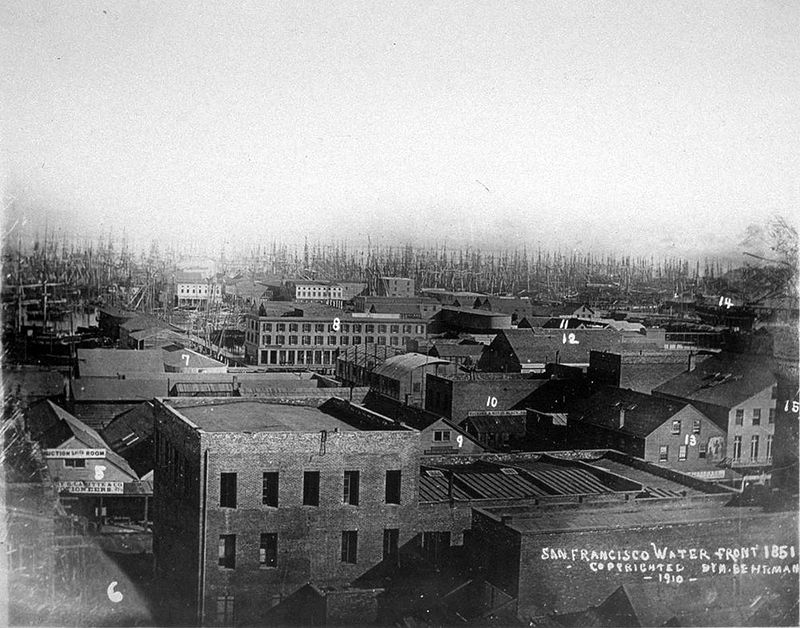