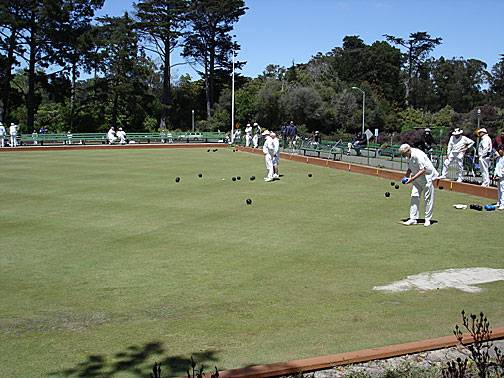 It's just a few minutes' walk from the underage neo-hippies and 60's-style booze and drug casualties gathered on the green across from the butt-end of Haight Street. But the Lawn Bowling Club seems like an opium dream from another era, a bad-tripping hippie's weirdest nightmare. Dozens of old folks dressed entirely in white, the men in safari hats, the women in equally antiquated headgear, are standing around a lawn so perfectly manicured it looks like sixty-ninth generation astroturf, rolling their balls the length of the green in hopes of hitting the balls rolled by somebody else, who rolled those balls in hope of hitting those of somebody else, who rolled those balls ... well, frankly, Dr. Weirde doesn't pretend to understand the intricacies of lawn bowling. In any case, if you've had too much of the wild weird & wooly side of San Francisco, and feel an urge to go into a soothing trance for a few hours, check out the lawn bowling scene. The oldsters moving in slow motion, as if underwater, and the gentle clacking of balls, would be enough to send Jerry Lewis into an alpha trance. 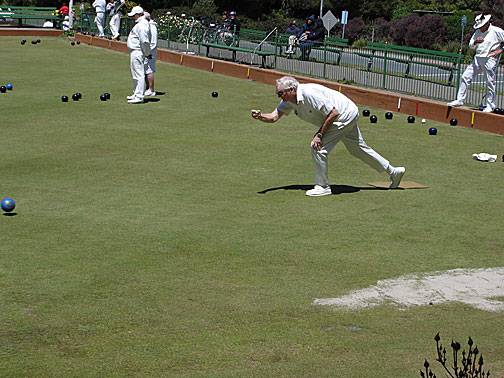