Difference between revisions of "Westwood Park" 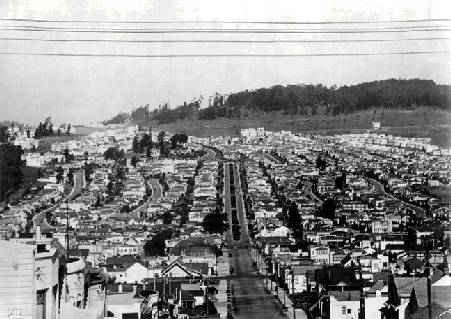 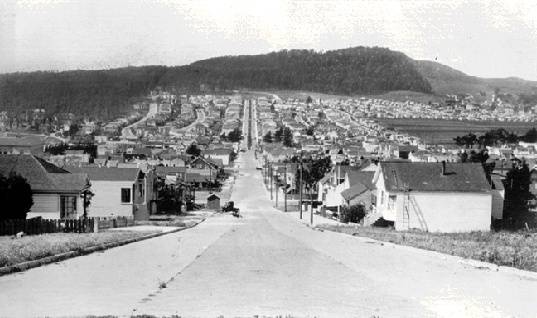 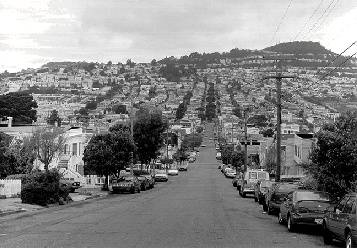 Westwood Village on the southern slopes of Mt. Davidson in 1995. Miramar Avenue is the street going down the hill.

Baldwin and Howell summarized the quality of their 280 acre park: "This tract is a typical Baldwin and Howell product, in keeping with the same high class policy that developed Presidio Terrace and some of the high class residence parks down the Peninsula. We stand behind not only the successful development of this property, but the advertising and sales campaign will be followed up in the same vigorous and successful way that has made this firm the leading realty factor in San Francisco for over thirty years." 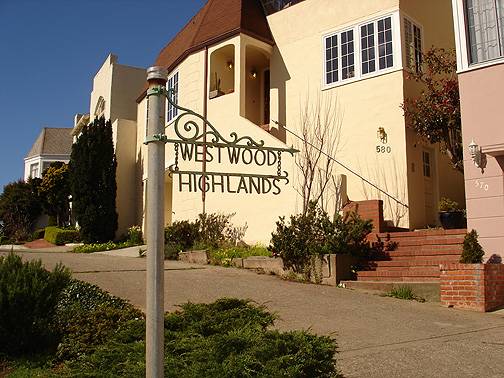 Westwood Park landscape designers and gardeners were the MacRorie-McLaren Company. The Mason-McDuffie Company planted flowers and low shrubs in the centers of Miramar Avenue and Monterey Boulevard. The noted architect of the 1915 Pan Pacific Exposition, Louis Christian Mullgardt, designed the entrance gates and 128 lamp posts. John M. Punnett handled the engineering features. To insure a uniformity conducive to a park setting, buyers chose bungalows and houses from a book prepared by the contracting firm, Barrett and Hilp. Houses complete with lots started at $3000.