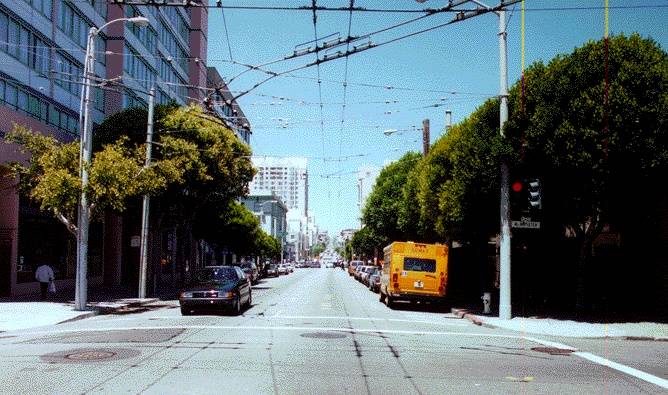 May 1994: In an ironic twist to the story of the Western Addition redevelopment area, an attempt to start a tenants' association at the 1,100-unit Fillmore Center, the upscale condominium towers that replaced the Old Fillmore area, is being actively resisted by the building management, a company called Prometheus. Black tenants have documented several cases of discriminatory treatment regarding deposits and rentals. Because we are African Americans, we are perceived as devaluing the property, said Gloria Brown, a 39-year-old single mother, a secretary at a contractors' association. Meanwhile, she spent the past winter fighting a leaky ceiling with buckets, in the new and improved, upscale complex. (SF Weekly, 5/25/94)

By March 1995, Brown was leading the effort to get the new apartment management (Maxim Property Management) to make numerous maintenance repairs to carpets, electrical systems, and plumbing, as well as to resist the encroachment of drug dealing which has established a foothold in some units. During the major rainfall in 1995 the complex has suffered extensive flooding. 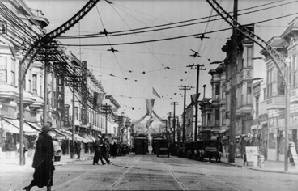 Fillmore Street in 1926. The arches were a famous symbol of Fillmore until they were Fillmore Arches Torn Down torn down for scrap metal in WW II.