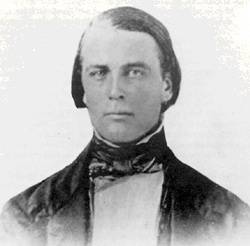 William Coleman, leader of 1856 Vigilance Committee, and the Pickhandle Brigade of 1877.

"Sometimes decent people have to take things in to their own hands!"

In May, 1856, the Second Committee of Vigilance formed in response to the assassination of James King of William, a local newspaper editor. James Casey was a corrupt politician who wasn't fond of all the dirt King's paper was digging up on him. Adopting a popular form of grievance resolution at the time, Casey shot King down in the street. Casey was summarily placed in prison with the infamous gambler Charles Cora, who had killed a U.S. Marshal. Town leaders Sam Brannan and William Coleman were afraid that the wrongdoers would beat the rap and quickly marshalled a posse and demanded that the prisoners be released to them. Cora and Casey were given an express trial and hung on the rafters of Fort Gunnybags. 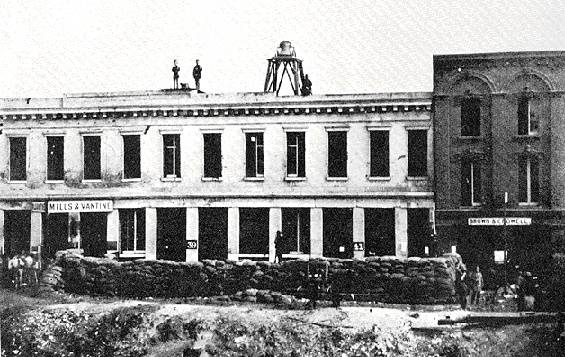 After hanging two more undesirables and running quite a few others out of town, the Vigilance Committee disbanded once more.

"These hooligans are deserters and shirkers, they deserve our scorn and punishment!"

"Law and Order" citizens come together to defeat rioting mobs bent on destroying property related to Chinese labor. "This time the US Navy backed us when we imposed a temporary martial law."