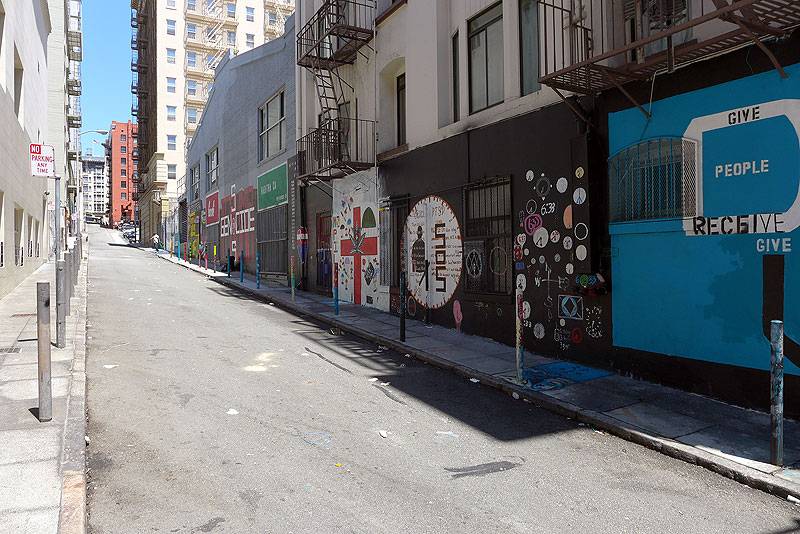 Between Geary and Post, Taylor and Jones Streets, in the liminal space between the Tenderloin and the Theater district and Union Square, sits Shannon Street, dubbed Vets' Alley by local veterans and artists. The goal of the many remarkable murals that now decorate the alley is to commemorate the plight of U.S. military veterans, many of them living homeless in the vicinity of the alley, as well as others who have gained notoriety (like Chelsea Manning) in their attempts to resist the control the military holds on the politics and policies of the United States. 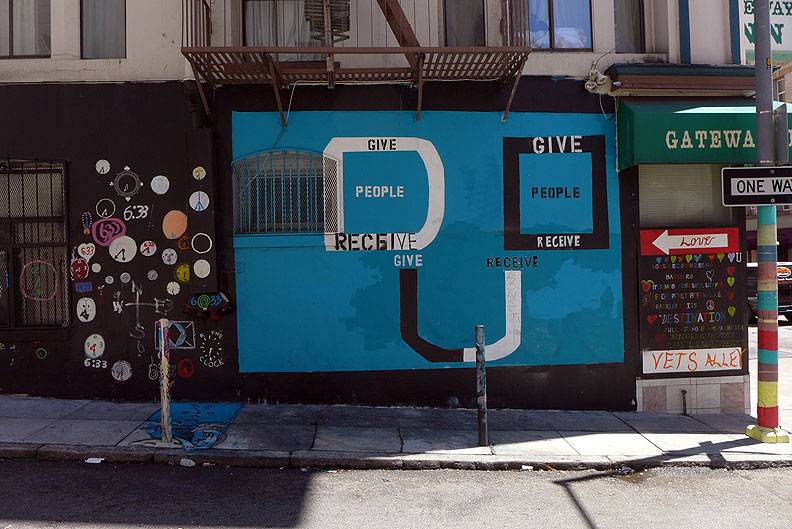 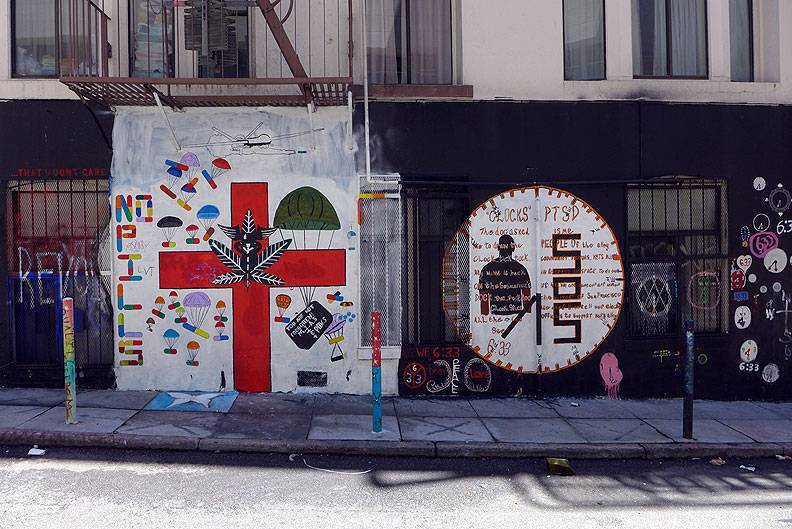 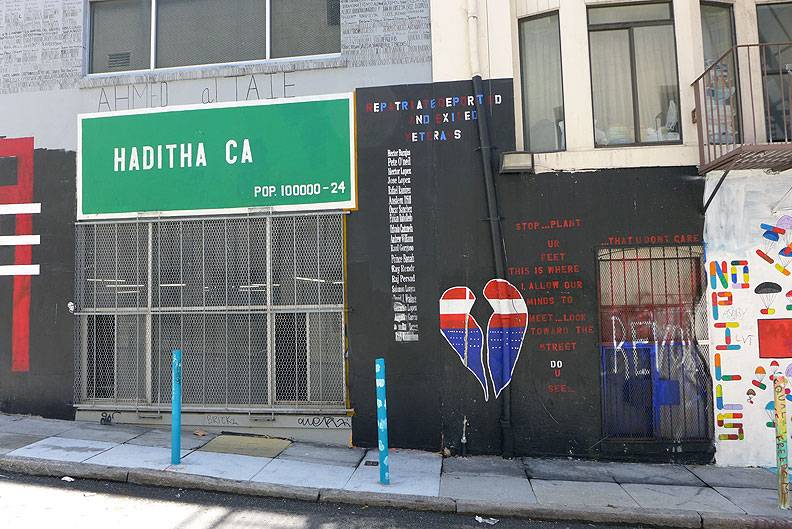 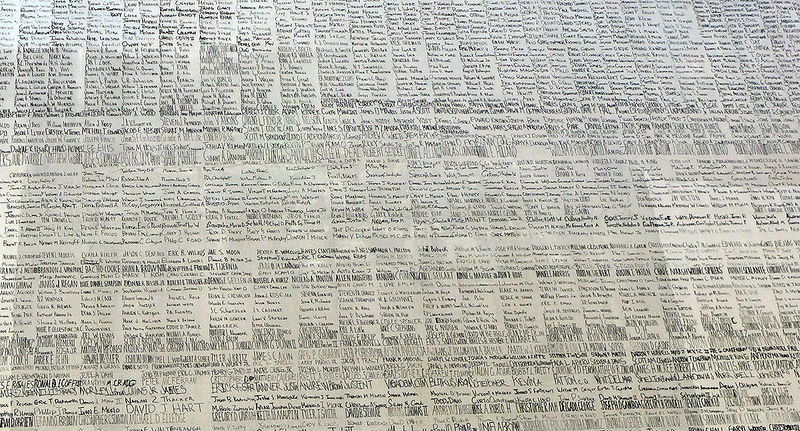 Thousands of names have been handwritten on the higher reaches of this building. (click to enlarge photo). 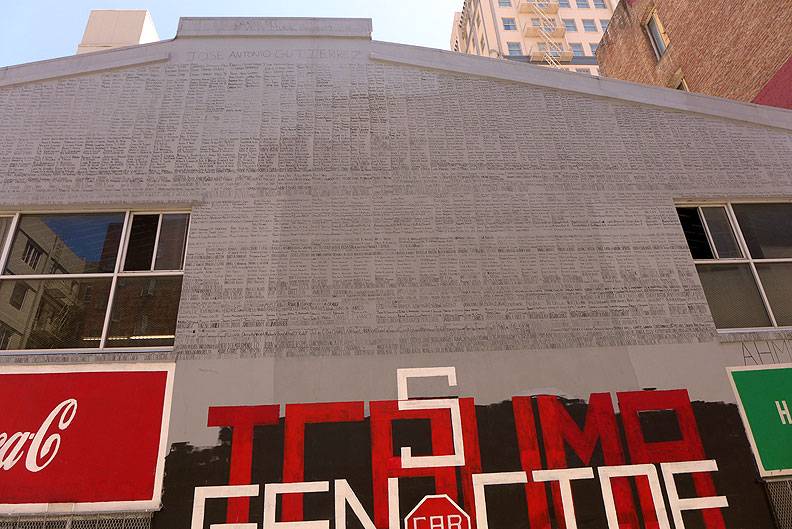 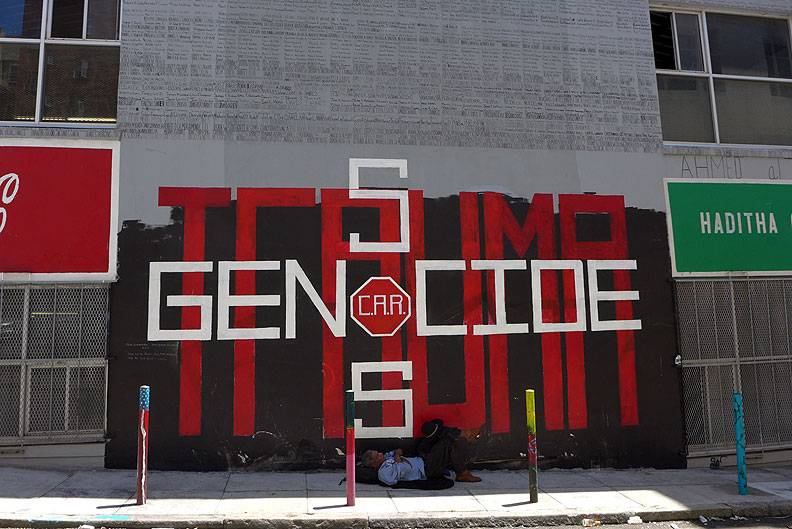 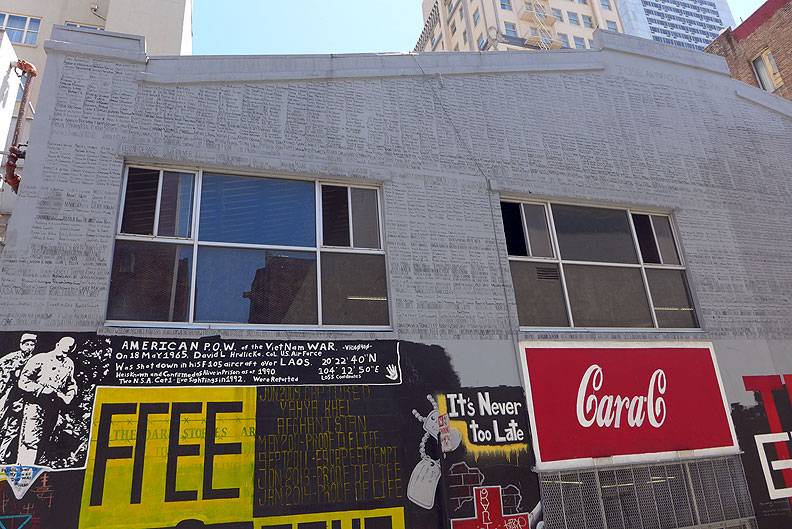 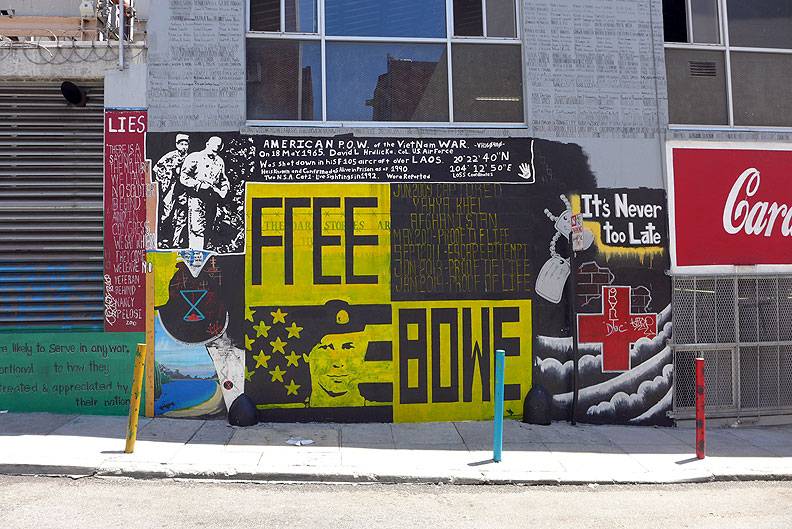 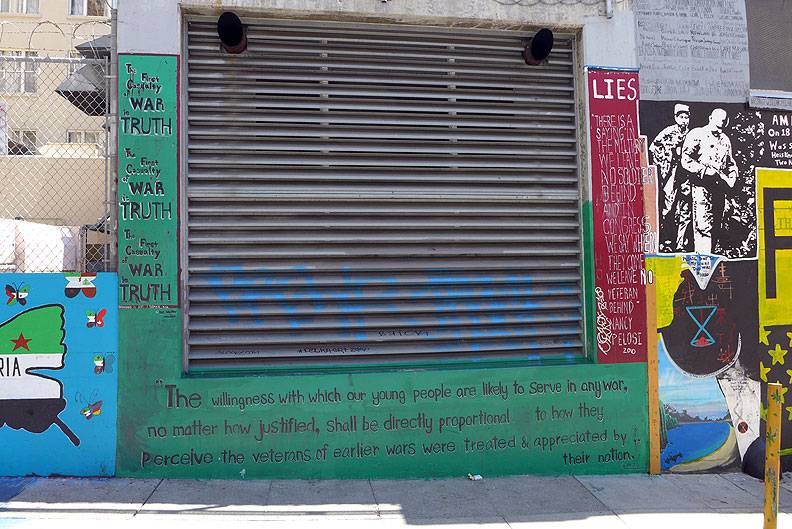 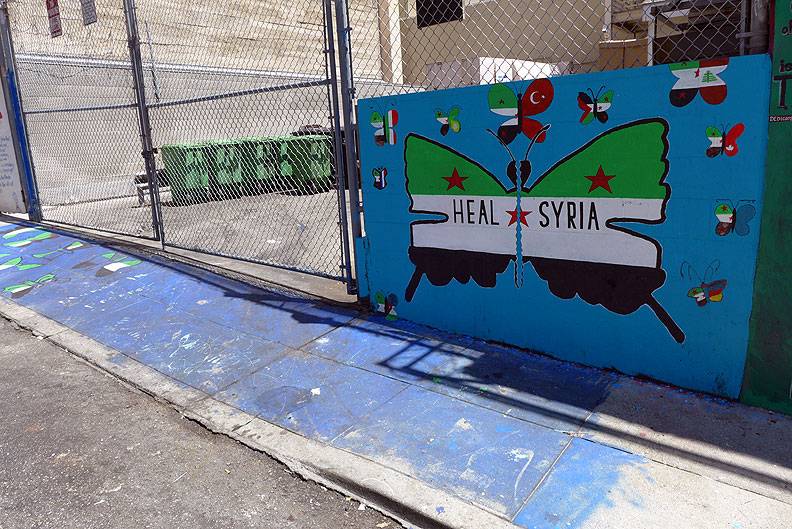 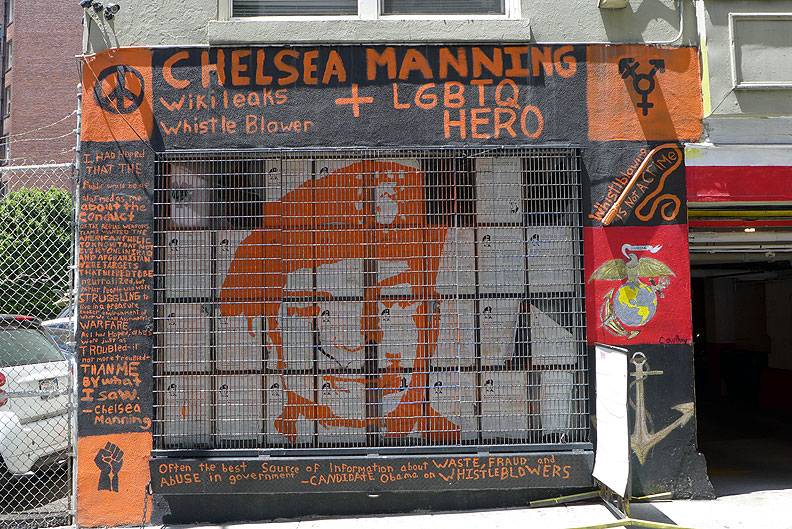 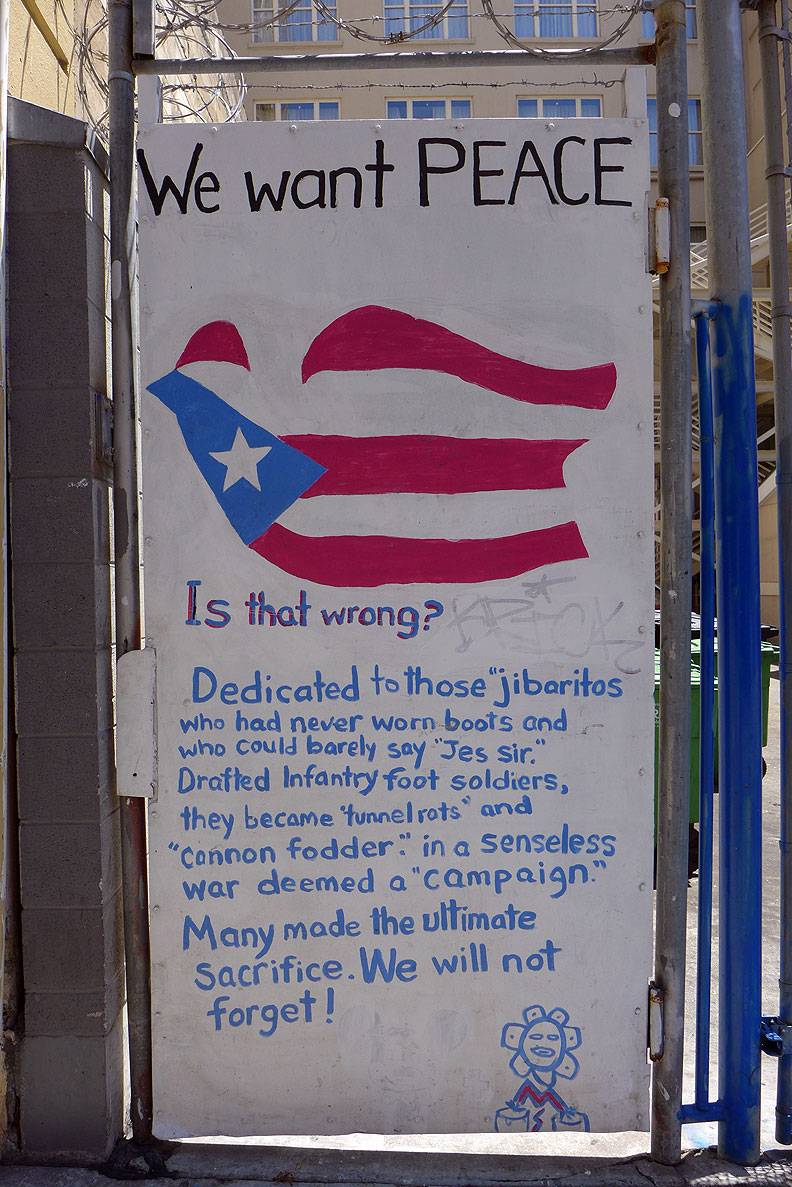 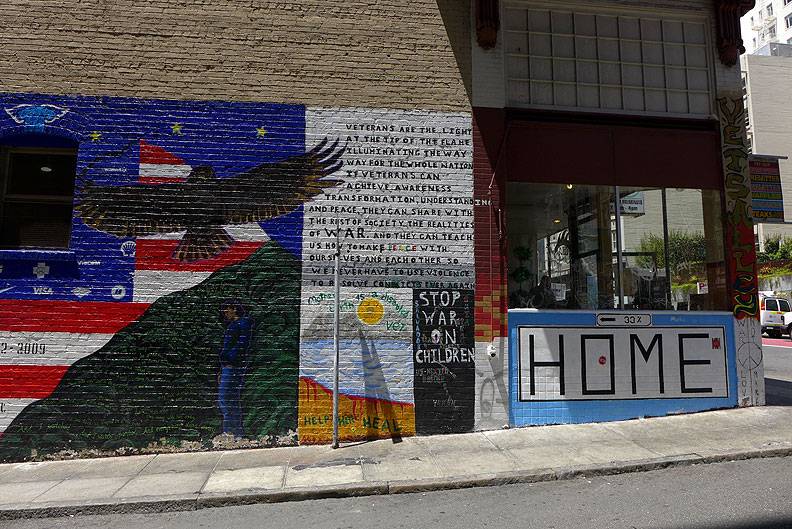 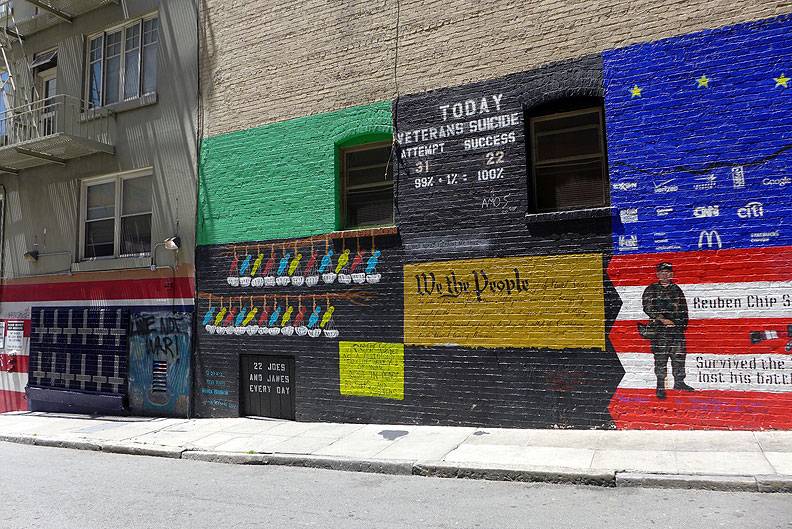 The community group keeping it going welcomes other vets and their supporters to get involved. Check out their FB page for more info.