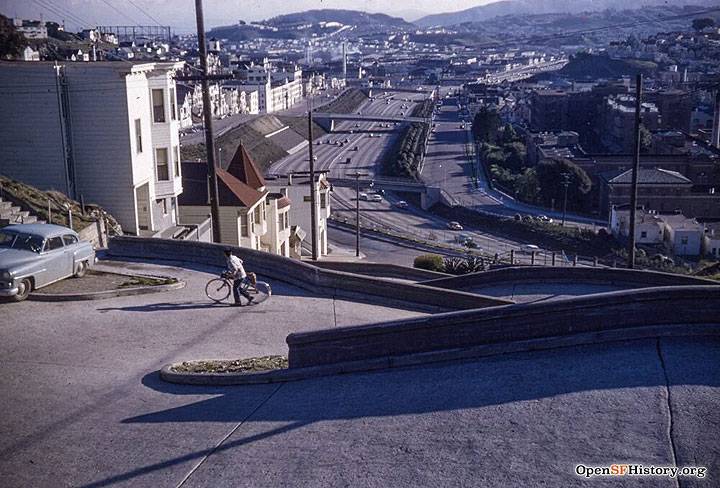 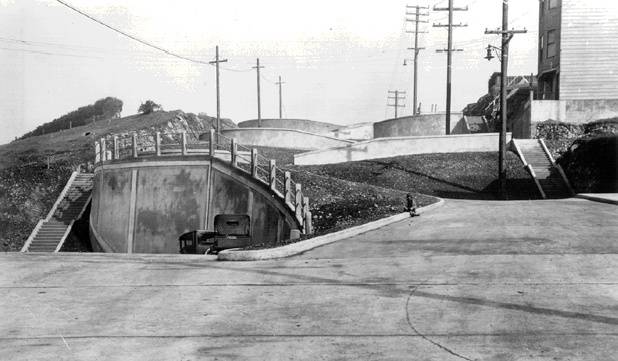 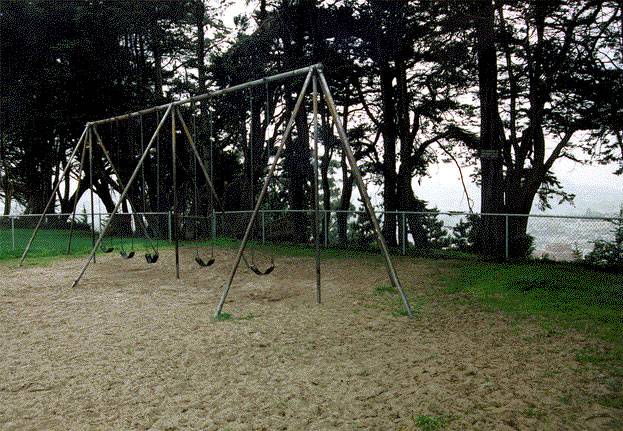 These glorious swings, on which one could practically soar over the Mission District, are long gone now, replaced in the early 2000s by a very safe, fenced-in, infant swing set... humph! 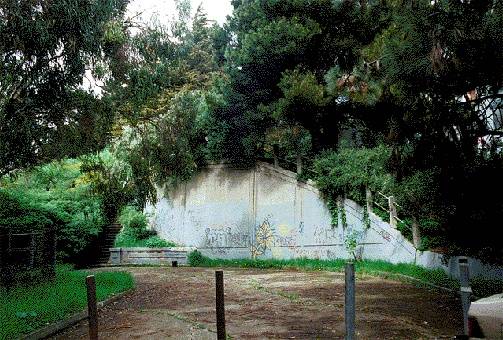 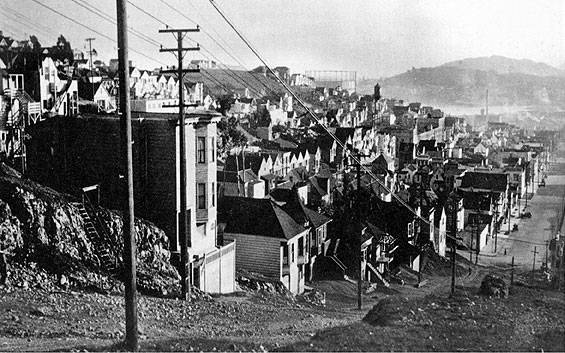 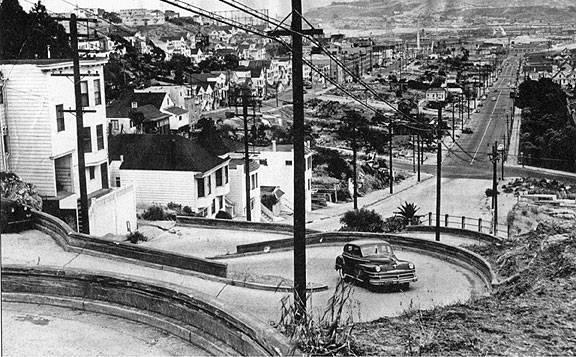