Union of Concerned Commies Crisis and its uses 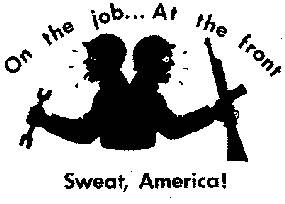 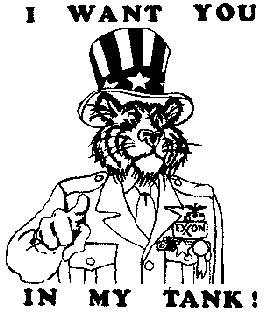 From San Francisco to Leningrad, the present world political and economic system is in deep trouble. Everywhere, growth rates are falling as debts multiply. Nations grab for each others' markets while keeping a wary eye on vital raw materials whose prices keep rising. In Africa, the Middle East, Central Asia, brushfire wars go on smouldering, spreading with each new flare-up. The global strategic poker game gets more complicated and lethal as the stakes rise.

Within each country, the crisis brings inflation, unemployment, speedup, manipulated shortages. People--particularly working people--get angry, start to lose confidence in "their" leaders and institutions. In the U.S. the government and its corporate partners have become very sensitive to this anger and loss of confidence. Ever since he got elected, Carter has openly been looking for a gimmick to re-unify the nation and get popular opinion back on the side of the existing order. The Ayatollah and the Russians just dropped the gimmick in his lap.

When Khomeini's boys seized the U.S. Embassy in Tehran, a lot of people here who still strongly identify with "America -- whatever that is -- got a real rush. For the first time since Vietnam "their" country had a chance to play victim. Then the Russian invasion of Afghanistan gave old-fashioned patriotism another boost. At last! A big, mean, obvious enemy who throws the first punch! Meanwhile, the rest of us just get scared.

So for the men who own and run this country, the current patriotic revival and war hysteria have several advantages.

First, the nation's problems, especially inflation and unemployment, can be blamed on "foreigners," rather than on the system itself. The Arabs, the Iranians, the Russians -- pick your scapegoat.

Second, the "Soviet threat" provides an excuse to step up military spending drastically. This will provide a much-needed stimulus to a sagging economy.

Third, the soaring prices and further cuts in social programs that even Business Week; admits will follow the huge growth in military budget can be justified as necessary for "national security."

Fourth, the prospect of nuclear war is so terrifying and the isolated individual feels so helpless to do anything about it, that even people who distrust or despise the current set-up will be forced to go along.

The measures listed on the other side of this leaflet are almost all things that have been done in this country during previous wars. The current scare is being used to soften us up for them, so that they can be introduced gradually instead of all at once.

WORLD WAR III? NO, THANKS!

Don't get us wrong. International tension really is increasing. No one knows for sure what the Ayatollah will do next, or why the Russians moved into Afghanistan. All the industrial nations are worried about where their oil and other minerals are going to come from. Quite soon, there might be a large-scale war involving American troops. Eventually without some major changes, there's certain to be one.

But that doesn't mean everybody has to go along with it The vast majority of people in this country, and in the world have no real stake in the system, no real say over what goes on. Even in the rich countries like the U.S., life for most of us is a long grind of boring work trying to keep up with inflation, with nothing to show for it at the end but a mortgaged house and a couple of cars--if we're lucky. Just whose "national security" are we defending? What have working people ever gotten out of war but misery and death? And if it's a nuclear war, we're literally cooked anyway. Our real common interest is not with Carter, Exxon, Chase Manhattan, Coca-Cola and the rest, any more than with Brezhnev or Khomeini. It's with the hundreds of millions like us all over the planet. The ones who'll pay for the war, and who pay for this system every day, in the same currency--their health, their comfort, their sanity, their lives

SO WHAT TO DO?

To begin with, show our absolute opposition to the war buildup and the draft. Mass demonstrations are useful not only to send our rulers a message, but to let each other know we're not alone in our feelings.

But this isn't enough. Real opposition to militarization means opposition to all its effects on our lives. It means rejecting the inflation and austerity, the bureaucratic regimentation and paranoia, the bullshit about "foreigners." As most people know by now, electoral politics won't change anything either. It's time to stop playing follow-the-leader. We need to get together with others a work or in our neighborhoods to discuss the situation and prepare for action.

The people who put this out aren't pitching for your vote. We can't tell you what to do. But we'll say this much Our most powerful lever is the economy itself--our refusal to sell our labor, our refusal to pay. Work strikes, rate strikes, fare strikes. . .And this is a step in the direction of the only permanent solution--throwing down the bloodstained idols of Economy and Nation and taking collective control of our own lives.