Historical Essay
by Josh Hardman
Part 4 of 6 in A History of Repression at UC Berkeley. 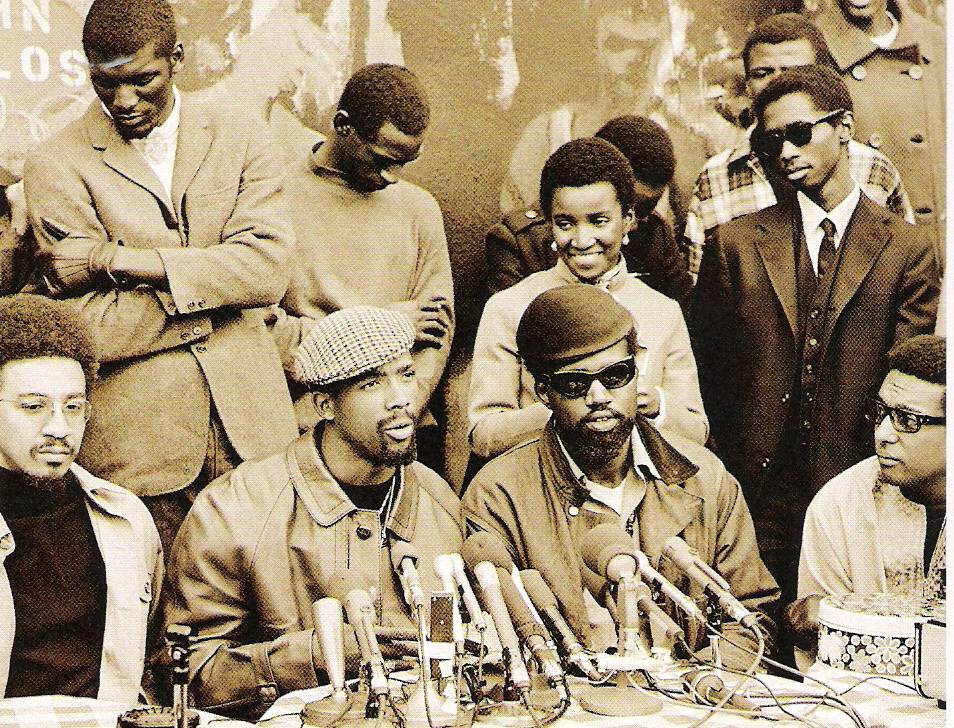 Throughout the second half of the 20th Century there were a string of tenure battles at Berkeley, some of which are discussed here. It should be acknowledged that the allegations made by those denied tenure are not always verifiable, and some of the disputes mentioned were settled out of court, meaning the University did not admit guilt. Nonetheless, the tenure disputes discussed below offer some insight into the climate at Berkeley during this period.

One of the most noteworthy tenure battles was that of Harry Edwards, a prominent actor in the Civil Rights Movement and professor of Sociology of Sport at Berkeley, who sought to illuminate the racial inequities faced by black athletes and situate them within the frame of broader race relations [1]. Edwards was also the founder of the Olympic Project for Human Rights, pushed for a boycott of the 1968 Games, and was the stimulus behind the notorious Black Power Salute [2]. A divisive figure, Edwards’ courses were some of the largest and most popular on campus, and his works had an international audience with three books, over fifty articles, and lectures at more than 300 colleges and universities worldwide [3]. Despite this, Edwards was denied tenure in January 1977, with the committee arguing that “he needed one or two more articles in established journals” [4]. Accusing the Department of Sociology of racism, the campus community and beyond protested the decision, with thousands of students signing a petition, letters being sent by leading civil rights activists and organisations, and both the black graduate student caucus and all 13 tenured Black faculty members publically denouncing the decision. It was only after this negative publicity that Chancellor Bowker reversed the decision. In later interviews, Bowker speaks candidly of his pragmatic reasons for ultimately supporting Edwards’ case for tenure, claiming that Edwards was ‘useful’ in keeping black athletes ‘in line’ – perhaps revealing Bowker’s idea of race relations. [5]

In the same year, celebrated African American poet and novelist Ishmael Reed of the English Department was denied tenure. Reed himself urges us not to compare his case with Edwards’, arguing the only similarity is that “We’re both black… that’s all it is.” [6]. Despite this, Reed admitted to a news reporter that he believed “racism was a factor” [7], noting that his unorthodox (in the context of his departmental colleagues) literary style was labelled as ‘temperamental’ and ‘surly’ by colleagues; both of which, he argues, are classic charges against black people who deviate from the white status quo [8]. One of the main reasons proffered for Reed’s tenure denial was his abrupt cancellation of a course in 1968, contributing to the accusations of his ‘temperamental’ disposition. However, in later interviews Reed explains that he cancelled the course in response to the militarized repression of the People’s Park Protests ordered by Reagan – the same protests that the radical wing of the School of Criminology were fiercely criticising. Reed portrays the repression as a “bombing of campus” [9], citing the use of helicopters to drop airborne tear gas, which he notes is categorised by the Geneva Convention as a chemical warfare agent. Reed writes, on cancelling the course: “My contract did not say anything about war or being trained for combat, so I cancelled one summer course.” [10] Thus, despite no admission of racism on behalf of the department or administration, and Reed’s hesitancy to focus on racial influences - “I’m not into black-confrontation politics” [11] - it seems difficult to imagine the absence of any racial undercurrents in the department’s tenure review process, or at least an aversion to his writings that challenged dominant political culture and his act of protest in cancelling his 1968 course. 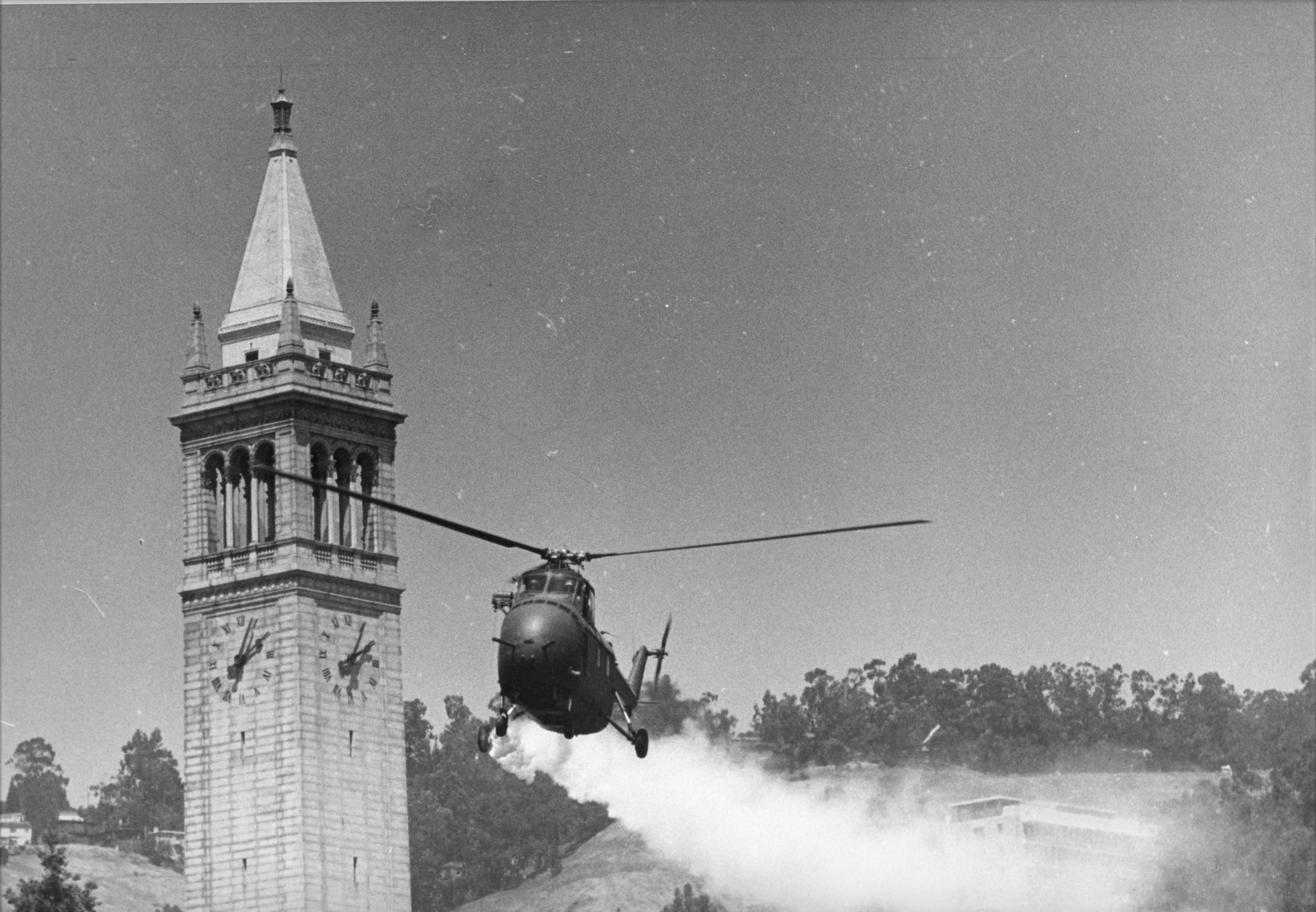 Helicopter sprays demonstrators with teargas on May 20, 1969.
Photo: Oakland Museum of California

The 1980s and 90s saw a string of sex/gender-based discrimination cases filed against UC Berkeley, who never admitted any wrongdoing, instead agreeing to monetary settlements or decision reversals regarding tenure. Merle Woo, a Chinese-American socialist feminist lecturing in the Asian American Studies Department, was victim of multiple firings and rehirings beginning June 1982 despite being a nationally acclaimed writer [12]. Woo fought back: “I tacked a big note over my desk which read, “I shall return”” [13]. She went on to charge the UC with discrimination on the grounds of her politics, sex, sexuality, race, and her public criticism of the Department’s policies [14]. With the support of other leading academics such as Angela Davis, the San Francisco City Supervisor Harry Britt, and prominent figures like poet Cherríe Moraga, Woo won reinstatement in February 1984, plus nearly $49,000 in settlement and $25,000 in court fees. However, Woo was fired again in June 1986 from her teaching position in the Graduate School of Education, without a review of her teaching ever taking place. Along with a University Council-American Federation of Teachers (UC-AFT) representative, Woo filed a grievance regarding the University’s continuing retaliation and unjust treatment since her first victory in 1984 [15]. Despite the grievance procedure being enshrined as a right of every lecturer, Woo was denied access to it in July 1986. Public pressure led to the UC conceding to a hearing in June 1987, from which time the UC-AFT, the Merle Woo defense council, and Woo herself pushed the grievance to its final stage. Finally, an outside arbitrator declared Woo’s dismissal ‘unreasonable’ in March 1989, requiring the University to reinstate her with full back pay, seniority, and benefits. Woo’s battle resulted in two landmark court rulings which set the stage for future gender and sex-based discrimination cases, and her struggle was situated in, and inherited from, an era of broader battles for multicultural education at Berkeley that begun in the late 1960s. [16] 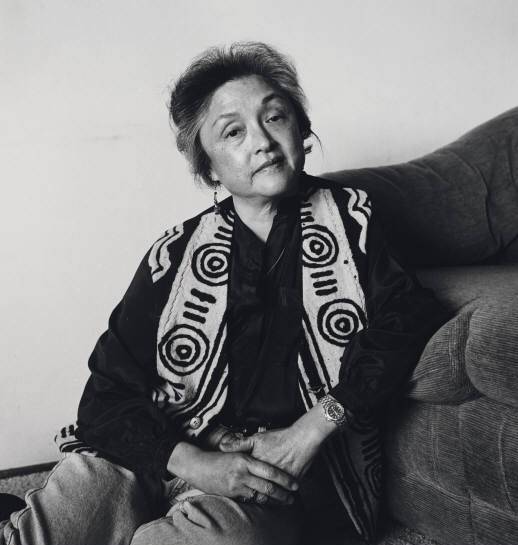 Following Woo’s arduous and precedent-setting cases, there were five other cases of gender/sex discrimination lodged by Berkeley teaching staff. The first was by Eleanor Swift of the Berkeley Law School, who was denied tenure in 1987 prompting her to initiate a suit against the University on the basis of sex discrimination. The suit resulted in an agreement to form an outside independent review committee of academics, who unanimously voted in favour of her tenure in August 1989. Swift went on to receive multiple teaching awards, and wrote about the tenure dispute in Berkeley Women’s Law Journal [17]. The next concession by the administration came in 1992, when Art Professor Margaretta Lovell reached a settlement following a two-year state court battle. Lovell was also suing the University on the accusation that they denied her second review as an act of retaliation for her public opposition to what she saw as higher standards being applied to female faculty during tenure reviews [18].

Jenny Harrison of the mathematics department waged a legal battle following tenure denial in 1986, which eventually resulted in an outside committee recommending her tenure in 1993 [19]. Similarly, 1996 saw a major financial settlement to the tune of $1 million, which was awarded to Marcy Wang, an assistant professor of architecture since 1979 who claimed her tenure was denied in 1986 and again in 1989 due to her being an Asian woman. Wang claimed that the University did “everything to discredit, destroy, and spread negative reports” about her, noting that she “had no idea how entrenched the university was in protecting itself or extensions of itself no matter how reprehensible the behaviour was” [20]. The closing case in this string of battles was that of Maribeth Graybill, assistant professor of art history from 1981-1990. In 1997 Graybill received $113,000 in back pay for her denial of tenure and subsequent dismissal, in a settlement reached between the Department of Justice and UC Berkeley. While Berkeley officials deny any wrongdoing, it is of significant weight that the Justice Department found sufficient merit to file the lawsuit and carry it through a lengthy court battle. Furthermore, despite Berkeley’s rebuttals, the Equal Employment Opportunity Commission reached the verdict that University employees did discriminate based on Graybill’s gender. In the words of Graybill herself: "What is hard for all of us to believe is that discrimination can occur in a place with that kind of reputation," she explained, "…but the EEOC said it did.” [21]

As with all of the aforementioned tenure battles, the lack of confession by UC Berkeley makes it difficult to assert categorical charges against the university. Nonetheless, the fact that the Department of Justice fought cases such as Maribeth Graybill’s, and the support for many of these battles from the campus community and beyond, demonstrates the concerns of many regarding discrimination in Berkeley’s tenure review process. Further, it is striking that both Graybill and Wang expressed feelings of surprise regarding just how entrenched discrimination, repression of whistleblowing, and retaliation, was at Berkeley, versus its outwardly enlightened reputation.