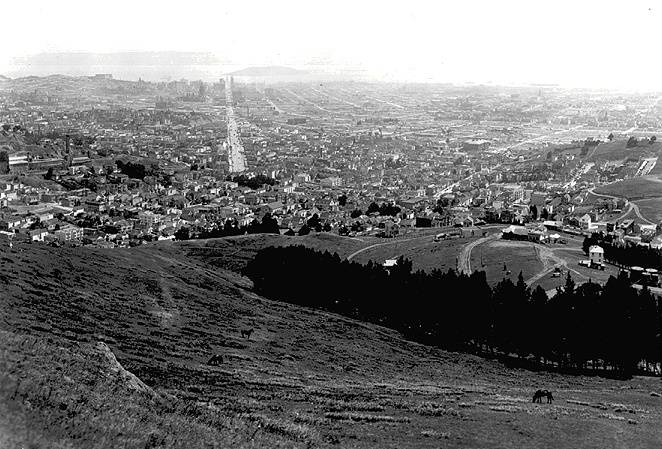 The famous view from Twin Peaks, here in 1906 a month after the big earthquake. A close-up shows the devastated downtown. 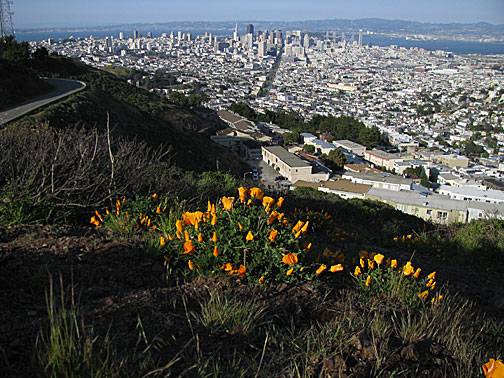