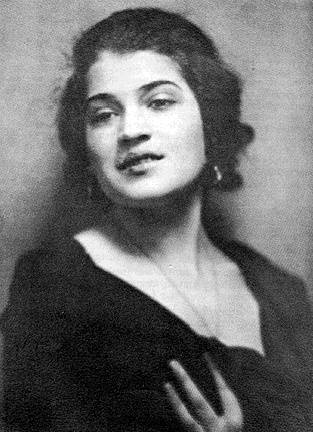 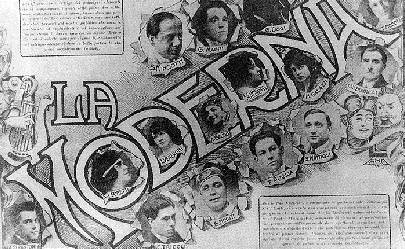 In 1913, the year of greatest Italian immigration to the United States, Tina joined her father and sister in San Francisco. At seventeen she travelled alone on a two week voyage across the Atlantic to New York, and then on the long train journey across the United States to Oakland and then finally by ferry to San Francisco. Her father Guiseppe and her sister Mercedes welcomed her at the North Beach dock when she arrived. Her new home was a first floor two bedroom flat at 1952 Taylor Street on the north east slope of Russian Hill, considered one of the better parts of town. Their bay window caught a tiny glimpse of the bay.

In 1914 the opening of the Stockton Tunnel linked Little Italy to the center of San Francisco. Tina's beautiful face and perfect figure captured the attention of her employers and she began to model I Magnin's newest designs at their downtown store. As 1915 approached all of San Francisco was occupied by the upcoming Panama-Pacific Exposition. This marked a turning point in Tina's life. The 18 year old Tina was drawn to the Palace of Fine Arts where an international exhibit of Modern Art and Photography was called more than a gathering together of great paintings and sculptures. It was a school. At this exhibit she met the young painter and poet Roubaix de l'Abrie Richey. Known as Robo, he was tall and handsome, dressed in cape and a cane, the epitome of the bohemian artist. The two young people met each other unexpectedly in the Palace of Fine Arts and their common ideals and admiration for art was transformed into mutual love. (L'Italia)

By 1916 Tina was auditioning for parts in the amateur theater clubs that existed in the area. By 1917 she landed a part in the light opera company Citta di Firenze, under the direction of Alfredo Aratoli. By September she was being featured by the company and reviewed in the local Italian newspaper L'Italia: "Tina Modotti, the pretty signorina we have so often admired and applauded in the small amateur theatres of the citymade her debut.The years will pass, and the times will change, but the performance of yesterday evening will always leave in her all of that freshness of a soul in love with her art." Soon after her professional debut World War I was ravaging Italy. Tina got involved in supporting humanitarian aid for the refugees, among whom were her own family back in Italy. In a play to benefit Italian war victims, La Nemica, Tina surprised even her warmest admirers by the dramatic intensity with which she was able to invest her role, especially in the great final scene of the first act. (L'Italia)